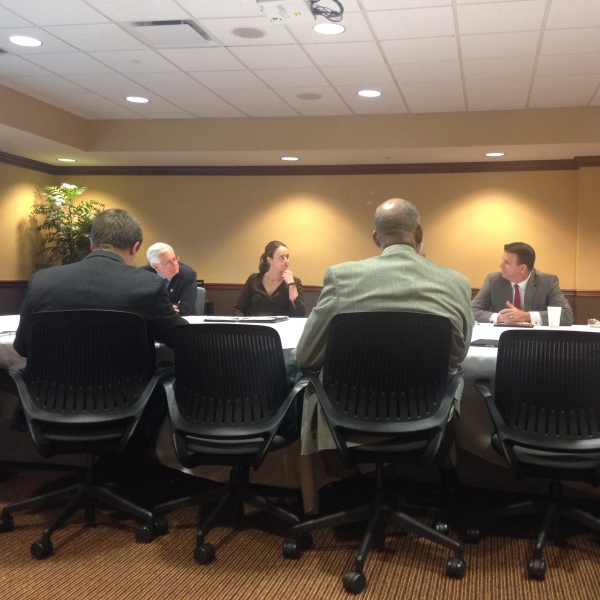 The Board of Trustees' met Sept. 23, where the trustees authorized President Paul W. Ferguson to look into participating in an auction the Federal Communications Commission is allowing. DN PHOTO ROSE SKELLY

Ball State, owner of PBS-member station WIPB television, is considering a plan to sell all or part of its rights to broadcast TV signals, which could potentially earn it millions of dollars.

At the Board of Trustees’ meeting Sept. 23, the trustees authorized President Paul W. Ferguson to look into participating in an auction the Federal Communications Commission is allowing. The FCC auction works to get spectrum — the signals — to those who need it.

The spectrum would be taken from the WIPB-TV station, which is a Public Broadcasting Service affiliate, licensed to Ball State. According to bsu.edu, it serves 664,000 households in a 22-county region. WIPB-TV is hosted in the Ball Communication Building.

This is the third spectrum auction in 10 years in the United States, and the last one Congress has authorized, so this could be the university’s last chance to cash in, said Philip Repp, interim dean of the College of Architecture and Planning.

Ball State has to commit to the auction by October, and both auctions will take place in 2016.

"[The] reverse [auction] will work with a series of bids that may or may not come back to you during that process,” Repp said. “When they come back, there are decisions to be made — do you stay in and find out more, or say, ‘No, this isn’t going to happen’?”

The university can pull out at any time, Repp said.

“The FCC understood that, and they realized stations have a commitment to their broadcasting,” Repp said. “So if you want to find out if there’s something there to look at, you can do that or pull out anytime you want. That’s what interests us — that there’s no penalty to participate.”

In the past, Repp said bid prices were “all over the map,” so it’s difficult to estimate how much Ball State could make.

To find out what any of the university’s stations would be worth, Ball State has to participate in the auction. The meeting did not discuss what this would mean for the station.

The Bowling Green State University Board of Trustees approved their participation in the FCC auction Sept. 18.

By Tylor Brummett / 4 hours ago

By Zachary Jones / 4 hours ago

By Zach Piatt / 9 hours ago