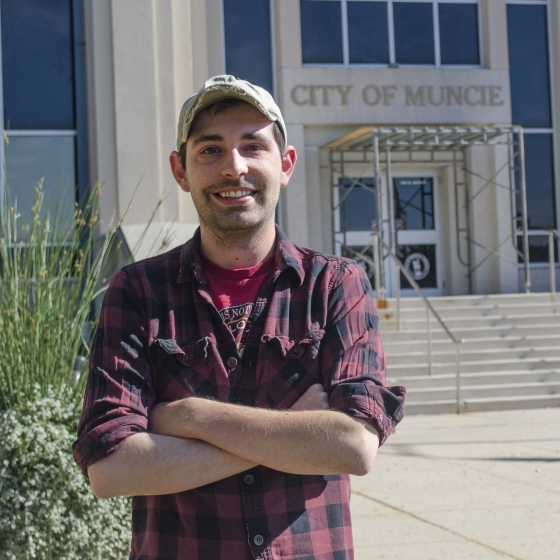 Stevie Hahn is known for his character Ray Toffer in his "Beautiful Luxurious Muncie" video series on YouTube. The first video was posted in 2013 and has received 29,531 views. DN PHOTO BREANNA DAUGHERTY

Hahn posts other videos, but "Beautiful Luxurious Muncie" is his most popular segment. The videos have received 29,531 views since he posted the first one in 2013.

Before he started, he actually disliked when people made fun of Muncie. Eventually, he thought “'You know what? I’ll do it myself.'"

Hahn, a Muncie local and Ball State alumnus, decided to mock his hometown by mimicking the “Lifestyles of the Rich and Famous,” a show from the ‘80s and ‘90s that showcased celebrity havens.

For his first video in the "Beautiful Luxurious Muncie" series, Hahn made a list of locations in Muncie he wanted to highlight. He then drove around and filmed himself talking about each place.

In each scene, he’d assume the persona of Toffer, who narrates the videos with a monotone voice and always appears in a red and white baseball t-shirt, glasses and a tan hat.

The idea for the character came easily to Hahn.

“There was no inspiration at all,” he said “It’s too stupid to have inspiration.”

Hahn posted his first video on June 6, 2013. The next morning he woke up to 150 emails and saw it had been shared all over Facebook.

“I almost didn’t upload it because I thought it was really stupid and I didn’t think anyone would think it was funny,” Hahn said.

He was wrong. Hahn received requests from viewers to make more Beautiful Luxurious Muncie videos, leaving comments like “Keep them coming!” and “Do a special on potholes.”

Hahn originally intended his viewership to not include Muncie residents so Beautiful Luxurious Muncie brought him more fame than he was anticipating. He said he can’t go to Target without some of the employees saying, “Are you the guy from the Muncie video?”

Ball State students have seen the videos too.

"I felt like it was exaggerated, but hilariously accurate at the same time," said Chris Keaton, a senior spanish and telecommunications major.

Hahn takes a few days to film each video, then edits the segments together to create a final product of around two and half minutes.

Hahn has worked in theaters since high school so he’s used to performing in front of people. He still sometimes feels uncomfortable about creating his videos alone. He tries to get each shot in one take so people have less of a chance to see him talking into a camera by himself.

Hahn came up with three additional "Beautiful Luxurious Muncie" video ideas after his first one. He uploaded the latest on July 13, 2015. He hopes to create more in the future, but needs to feel the inspiration to do so.

“It can be really not funny,” Hahn said. “Especially when you’re just watching raw clips.”

More "Beautiful Luxurious Muncie" videos may be in the works soon. Hahn hopes to cover the topics of Muncie history and Muncie nightlife and have a ball while doing it.

By Brayden Goins / 8 hours ago

Firm greens, challenging greens to putt on and tall roughs were some of the challenges the Ball State’s women's golf team saw from Oct. 3-4 at the Butler Fall Invitational as described by head coach Cameron Andry.  The Cardinals placed 9th out of 15 teams and first-year Sarah Gallagher finished within the top ten, tying for seventh. 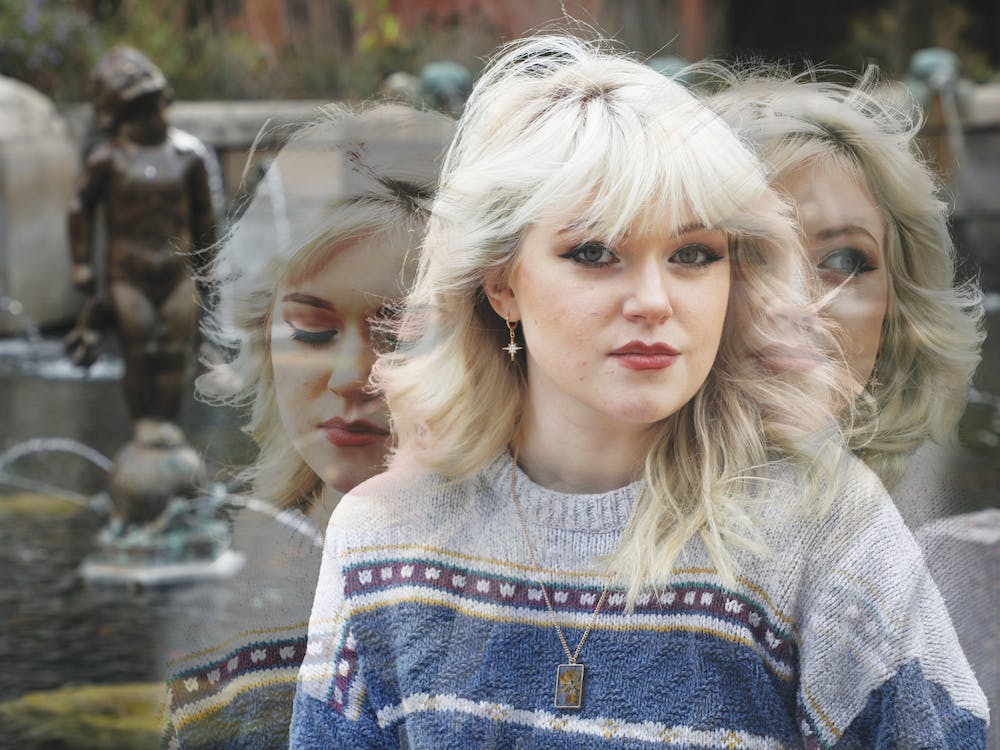 Aftermath of the Red Zone

If you are a survivor of sexual violence, you are not alone. You are loved and valued; please know the pain won’t last forever. You are so strong, and I’m proud of you for being here.