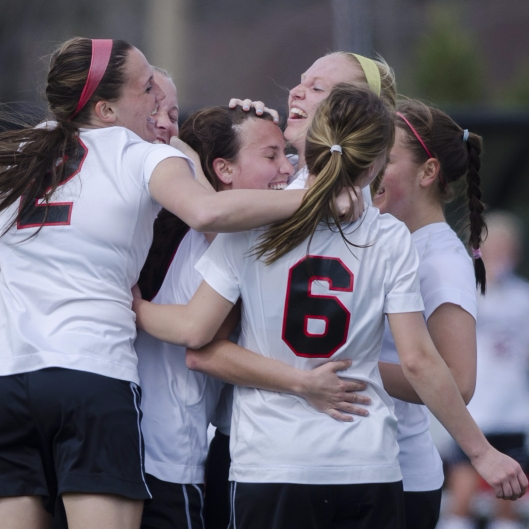 Members of the Ball State soccer team celebrate after scoring a point during the game against the Haiti National team on April 12 at the Briner Sports Complex. DN PHOTO BREANNA DAUGHERTY

The Ball State soccer team is ready for a challenge.

The Cardinals announced the release of their schedule for the 2015 season. The schedule includes road matches against LSU, Indiana and IPFW.

“We believe the program has moved forward and is ready for some new challenges,” head coach Craig Roberts said in a statement. “We will provide the program with these challenges by playing against a variety of different teams with different styles, both locally and out of region."

Ball State will open the season on Aug. 15 with an exhibition against IUPUI, following on Aug. 21 for the first official match against Jacksonville State.

Ball State will begin Mid-American Conference play on Sept. 25 with a home match against Eastern Michigan. Last season, the Cardinals finished 6-5 in MAC play and 10-6-2 overall.

“The demanding schedule will serve us well in preparation for the MAC season and will also provide us with educational experiences as we travel around the country," Roberts said.