Blood banks in Indiana have been suffering from a state-wide blood shortage. The Indiana Blood Center has urged Hoosiers to donate blood or volunteer at blood drives across the state. One group hopes to help combat against the short supply.

The Ahmadiyya Muslim Community is considered to be a progressive branch of Islam. In order to promote inclusivity, they often host events and programs open to all people, one being the “Muslims for Life” blood drive. 2015 marks the fourth annual nationwide drive.

“We want to spread the true message,” Ahmad said. “Islam believes in the sanctity of life.”

By collecting blood to help save American lives, Ahmad believes that this may help to diminish negative stereotypes surrounding Middle Eastern religions.

Because this campaign has been well received nationally, those at the Center for Peace and Conflict Studies at Ball State University were eager to partner with the Ahmadiyya Muslim Community. Graduate assistant Hunter Sully helped plan the event.

“After 9/11 the images of Islam and Muslims became very negative. They’re associated with terrorism,” Sully said. “The ’Muslims for life’ [campaign] decided to come together and approach it in a different light; give them a good image.”

However, the blood drive never happened. It was cancelled by the Indiana Blood Center for the second semester in a row.

There were 10 people registered to participate in the drive and others were seemingly interested, according to Sully. “I think we were definitely going to meet our quota.”

Muncie Field Representative for the Indiana Blood Center, Kristine Piece, told Sully that they had to cancel the drive due to inventory issues.

“Indiana Blood Center constantly evaluates our operation to ensure that we collect responsibly and efficiently at all times of the year,” Pierce said.

However, IBC released a statement on their website just two months ago stating that Indiana is suffering from a statewide blood-shortage due to cancelled drives in the winter months. In their statement they encouraged Hoosiers to donate blood at centers across Indiana, including in Muncie.

But just one week after the “ Muslims for Life” blood drive was cancelled, the IBC sponsored a drive on Ball State’s campus in partnership with Greek Life organizations.

“I don’t know why our blood drive was cancelled but theirs was allowed to go on,” Sully said. “I don’t know the politics behind that, unfortunately.”

Kristine Pierce chose not to add additional comments in regards to the cancellation. IBC Communications Director Andrea Fagan could not be reached for comment.

Ball State Student Sadie Sial identifies as a non-denominational Muslim, and her parents belong to the Ahmadiyya Muslim Community. She has participated in multiple blood drives through the Indiana Blood Center.

“I know there are still blood drives going on,” Sial said. “From my understanding, whenever you talk to blood donation groups, they say ‘we are always looking for donors,’ whether it’s a need or not.”

She explained that while there were probably several possible reasons to cancel the drive, the one obvious reason is disheartening.

“Because the part of the world that we’re in, here in America, I can 100 percent conjure up something in my mind saying, ‘Oh, they’re just canceling this because they don’t want to deal with Muslims,” Sial said.

After it was announced that the “Muslims for Life” blood drive was cancelled, the IBC did extend an invitation to the Ahmadiyya Muslim Community to join with the blood drive co-sponsored by “Angels for Life” and Greek Life organizations. But, Sully and those at Peace Center declined the offer.

“We decided against it,” Sully said. “We didn’t want our message of ‘Muslims for Life’ to get lost.”

The IBC also assured them that they would “do everything in their power to never let this happen again,” according to Sully.

While the IBC provided information to the Peace Center and assured they would not cancel another drive, the lack of transparency about why other blood drives have not been cancelled is still troubling for some.

“They could just show the facts,” Sial said. “Why are they [IBC] feeling uncomfortable? Why are they able to come to Ball State University and host various blood drives, that I get emails about all the time, but they keep canceling on this one group?”

Donors who participated in the Greek Life blood drive on Ball State’s campus were confused to hear about the drive that was cancelled just a week prior. Christine Edgeman understands that there may never be full-transparency.

“I think it’s going to be one of those things where we just don’t know why [it happened],” Edgeman said. “But, I would like to know why.”

The questions raised surrounding the cancellation of this drive have prompted questions among aforementioned students, donors and workers that are likely to go unanswered. The IBC states on their website that they believe in “Respecting the dignity of every person with whom we associate” and “The sharing of different views on how to achieve the vision.”

The Peace Center is planning to reschedule the blood drive for next semester, near the anniversary of 9/11.

By Elissa Maudlin / 11 hours ago

As a member of the Party of Socialism and Liberation in Muncie, Indiana, Mark Elliott gathered with around a dozen other people, held a sign and stood outside of the City Council building in the “Unite Against Police Brutality” protest Feb. 5. The two most prevalent signs at the protest read “Justice for Tyre Nichols. Jail Killer Cops!” and “The people demand: End Police Terror.” 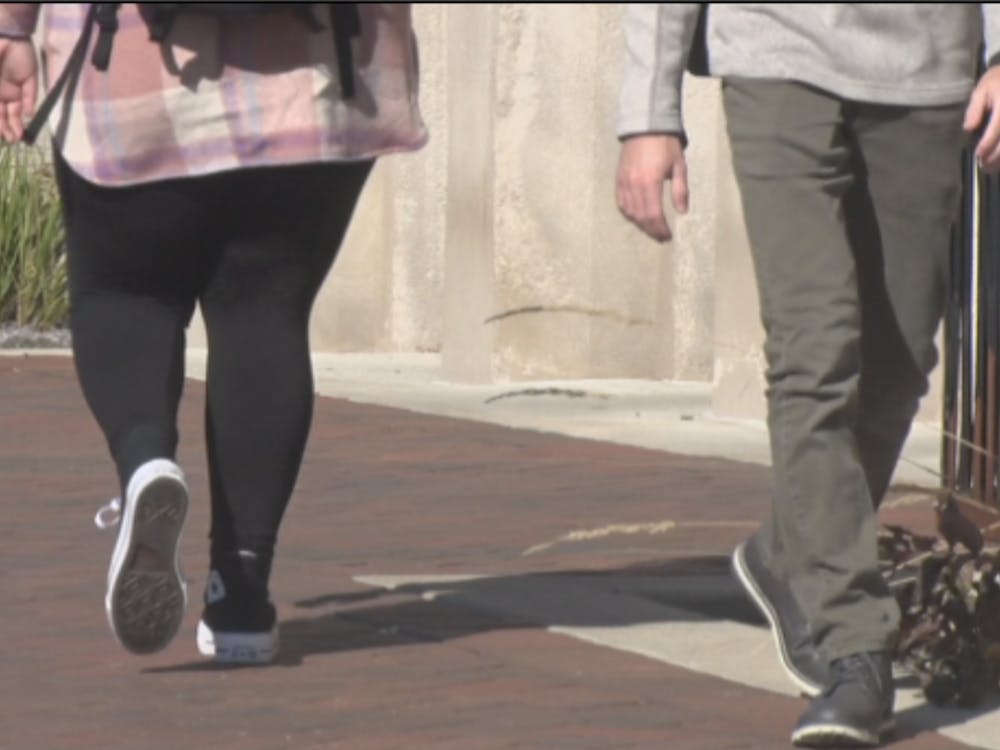 By Grace Bentkowski / 3 days ago

"Just seeing the kids come on campus everyday...they get so excited and so happy to be with the mentors," Litkenhous said.