What: Eliot Schrefer presents, “Getting Others Into View: Crossing the Lines Between Teen and Adult, and Human and Animal, in Young Adult Literature”

Where: Art and Journalism Building room 175 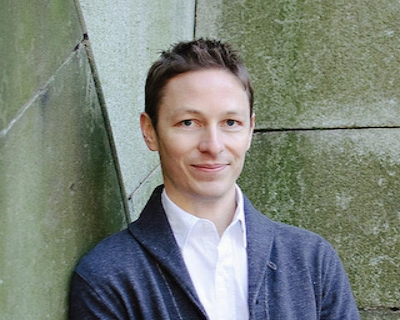 When author Eliot Schrefer visited Ball State for the first time, he did it virtually through Skype. On Tuesday, Schrefer will finally step foot on university soil as part of the English Department’s Marilyn Cory Speaker Series. He will present his talk at 7 p.m. in the Art and Journalism Building Room 175.

Before any visits from Schrefer occurred, virtual or otherwise, Assistant Professor of English Susanna Benko met the author through his writing. She read Schrefer's novel "Endangered" and said she "thought it was a really lovely story."

She felt the book could appeal to a diverse group of students, so she began using it in her classes.

Benko soon found her way to Schrefer’s website, where she discovered that he visited schools. She reached out and set up a Skype visit so Schrefer could talk to her class about his writing.

Schrefer has Skyped with Benko’s classes for four semesters. Benko has her students write questions for Schrefer so his “visits” can be discussion-based.

Stephanie Baker, a senior English studies major, sat in on the first of Schrefer's visits. Baker said she's read a lot of books, but has never had the opportunity to meet their authors in person.

Baker said the experience was fun and the atmosphere relaxed. One of the first things Schrefer asked the class was how they pronounced the name of the animal featured in his novel, the bonobo, said Baker.

Later on, Schrefer told the class where he got the idea for his books.

"It was really cool that we were able to do something like that because everyone in the class really enjoyed the book," said Baker. "It was really cool just to talk to the author and to just get his insight on what the inspiration was for the book and how it came about."

Benko enjoyed the reactions students like Baker have had towards Schrefer.

"It's been lovely to have my students hear about his writing process," she said. "I've enjoyed it every time and my students have too."

Schrefer said his physical visit will entail informal talks with English students and a speech entitled “Getting Others Into View: Crossing the Lines Between Teen and Adult, and Human and Animal, in Young Adult Literature,” open to the public.

“I write about borderlines,” Schrefer said. “I like to muddy the border.”

This explains why his Great Ape Quartet focuses on relationships between humans and apes. The first two novels of the quartet are titled “Endangered” and “Threatened.”

Along with his primate stories, Schrefer also writes about topics such as the SAT. He said he does not confine his work to one genre. Although, a friend of his did point out that all of his stories involve “outsiders trying to belong.”

Schrefer thought up the idea for “Endangered” after buying a pair of pants from Bonobo clothing company. He thought "bonobo" was a made-up nonsense word. After doing some research, he discovered bonobo apes are peaceful creatures. He thought they were a good model for humans to follow.

To begin his novel, Schrefer spent six months reading about primates and the countries in which they live and taking notes. With every book, he likes to write the first draft as quickly as possible so as not to lose his creative train of thought. He then edits his draft.

Schrefer wrote his first book after graduating from Harvard. He applied to graduate school, but did not get in, so he took a year off to write. Now he has won awards such as the National Book Award, Walden Book Award, Sigurd Olson Nature Writing Award and Green Earth Book Award.

When it comes to writing advice, Schrefer said there are two important parts of writing: the creator and the critic. The two are equally important, but should be kept separately.

“Create and look forward,” Schrefer said. “Then let the critic in.”