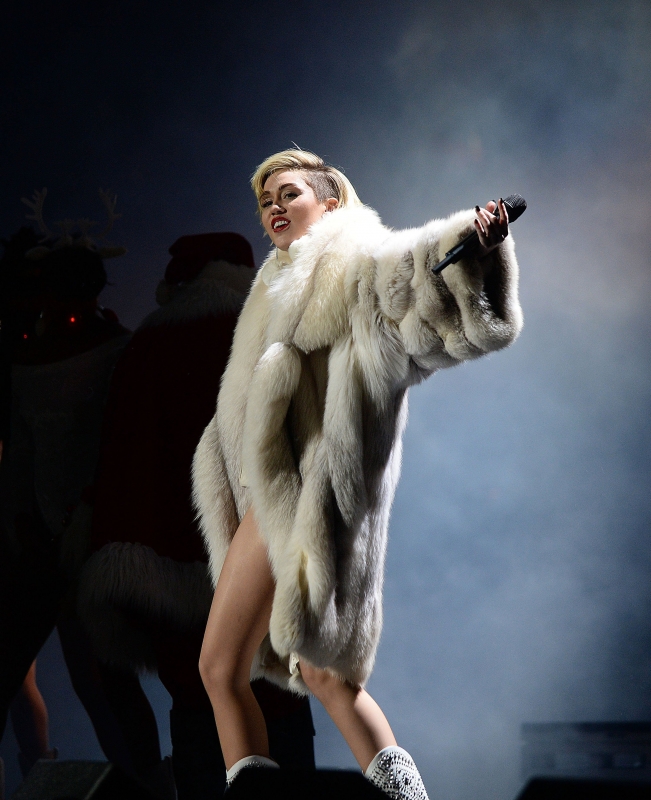 Potential Grammy moments to watch out for on Sunday include a very possible posthumous award. Joan Rivers is up against Jimmy Carter for Best Spoken Word Album.

The queen of twerking, Miley Cyrus, is also up for a nomination for her album, "Bangerz." This is her first Grammy nomination.

Of course the expected, but still well deserved, nominations include Beyoncé and Taylor Swift, but they face competition from Justin Timberlake who was snubbed for his album “The 20/20 Experience” last year.

Pharrell Williams seems to be his own worst enemy this year. The producer-songwriter-singer-rapper is up for Album of the Year three times, all thanks to his hard work on his own album, "G I R L," and for his production work on Beyoncé and Ed Sheeran's albums.

The award for most unexpected nomination goes to the one and only Theo Huxtable. Yep, the former “Cosby Show” Malcolm-Jamal Warner is nominated for best traditional R&B performance for his spoken word portion on the song "Jesus Children" from the Grammy-winning Robert Glasper Experiment.

Although fan favorite Taylor Swift is nominated for the top award of the night, Record of the Year, for her peppy hit “Shake It Off,” she announced on Tumblr that she is not performing anything from her chart-topping album “1989.”

Speeches are great, but many people tune in for the Grammy performances. This year fresh off her Super Bowl halftime show, Katy Perry will sing her ballad “By the Grace of God.”

Beyoncé will also be taking the stage singing “Take My Hand Precious Lord” before belting out John Legend and Common’s “Glory,” off the “Selma” soundtrack.

Rapper Kanye West is expected to be the highlight of the night according to some publications. Time Magazine says he will debut a “never-before-seen solo performance" as well as a medley with Paul McCartney and Rihanna.

To be considered for the 57th Annual Grammy Awards, artists must release their albums between Oct. 1, 2013 and Sept. 30, 2014 according to grammy.org.

Recordings must also be “commercially released in general distribution in the United States” and must be on sale from the eligibility period to the voting deadline.

Grammys are not based on fan opinion, but are voted on by Recording Academy Voting Members who are required to have "creative or technical credits on at least six commercially released tracks."

Record of the Year is awarded for a single or for one track from an album. This award goes to the performing artist, the producer, recording engineer, and/or mixer for that song. So "record" means a particular recorded song, not its composition or an album of songs.

Song of the Year is also awarded for a single or individual track, but the songwriter who actually wrote the lyrics and/or melodies to the song actually receives the statuette. “Song” in this definition means the song as composed, not its recording.

Album of the Year is awarded for a whole album, and the award is presented to the artist, producer, recording engineer and mastering engineer for that album. In this case, "album" means a recorded collection of songs, not the individual songs or their compositions.

This year’s nominees for Record of the Year include Iggy Azalea featuring Charlie XCX for “Fancy”; Sia for “Chandelier”; Sam Smith for “Stay With Me”; Taylor Swift for “Shake It Off”; and Meghan Trainor for “All About That Bass.”

The Grammys have a history of dramatic outfits.

In 2011, Lady Gaga walked the red carpet in an egg held up by people dressed in gold.

Designers that have shown up on the red carpet before include Armani Prive’, Alexander McQueen, Marchesa, Versace and Oscar de la Renta, but some of the predicted outfits this year aren't all about the biggest names.

Designers Narciso Rodriguez and Carolina Herrera may be featured this year according to redcarpettips.com. Don’t expect too much color either. It is anticipated that a lot of silvers, grays and blacks will make an appearance Sunday.