In the outer reaches of space lies the planet of Shear; a vast array of environments brimming with outlandish creatures straight out of your favorite sci-fi comic books.

The developers at Turtle Rock have built a reputation for unique approaches to the multiplayer shooter genre, their most successful being the nearly universally beloved Left 4 Dead. Their latest release, Evolve, didn’t disappoint. The game’s 4v1 play style provides an approach to gameplay much different than virtually any other game on the market.

The design features and gameplay traits included in Evolve create an experience that is as tactically rich as it is enjoyable. While Evolve incorporates an abysmal progression system that stifles the gameplay in the first few hours, the impressive design, everything from character dialogue to the cooperative interaction between each hunter’s weapons and abilities, in combination with the sheer thrill of the hunt kept me coming back again and again.

Evolve features a variety of game modes that require the player to use tools and abilities in ways that are tactically different than how they may be used elsewhere. In the primary mode, Hunt, players pick between controlling a monster that grows rampantly in both size and strength throughout a match or one of four human characters.

Each of the four – assault, trapper, medic, and support – come equipped with their own special abilities and perks that need to be used in conjunction to track and kill the elusive monster. Each individual class of hunters has two additional unlockable characters, all with their own unique spin on their respective class.

The job of finding a monster that doesn’t want to be found is a continuously engaging and thrilling adventure. As a hunter, the player must do more than simply track the monster’s movements. A successful hunter uses strategy, skill, and patience to outsmart the monster before it is too late. With every passing moment, the hunters become closer to becoming grossly outmatched by a beefed-up monster, making for an experience that will keep players on the edge of their seats.

On the other side of the battle, playing as the monster is just as enjoyable. Controlling a single beast capable of overpowering the hunters is just as enjoyable as it sounds. Winning as the monster requires cunning as you attempt to evade the hunters. By sniffing around, not only can the monster avoid the hunters hot on its trail, but it can also use this ability to track wildlife to eat, which allows it to evolve. Each monster is equipped with its own unique skillset that allows for a variety of intense hunter versus monster engagements.

As previously mentioned, Evolve’s progression system is dreadful. The system has players jump through a series of hoops by completing certain tasks with each character’s respective abilities before the next character is unlocked. Initially, this setup makes the game seem much more bogged down and repetitive than it actually is. 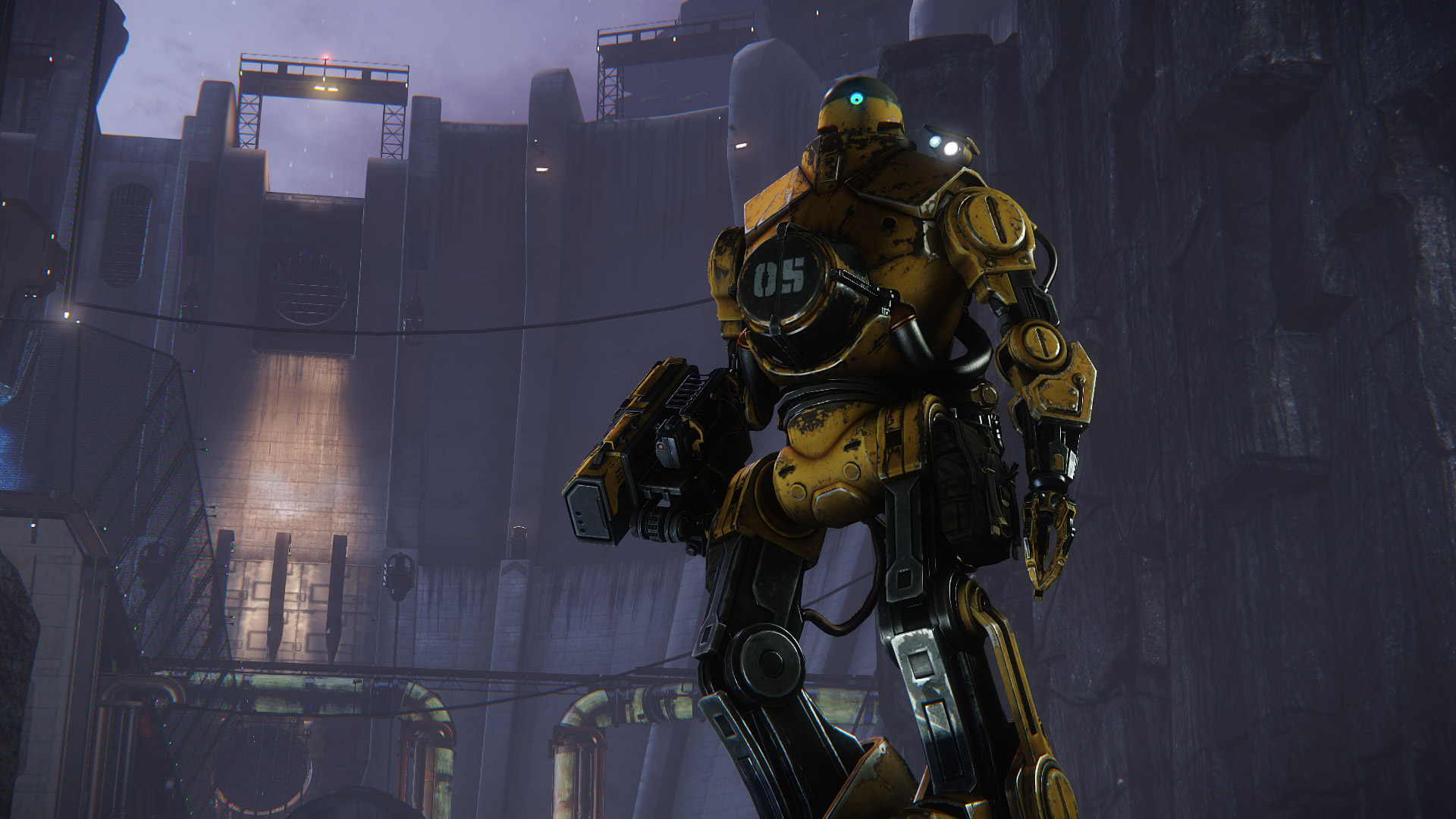 Unlocking characters is a bit tedious through the first couple of hours and could hinder some players who aren’t willing to complete the tasks. However, once the first few characters are unlocked, the player gets more options and can customize a squad that fits his/her individual play style. Players can elect a lineup that is built for early engagement, late game engagement, or anything in between.

Apart from Evolve’s lackluster progression system, the only thing that could present an issue from a gamer’s perspective inEvolve is its replayablility. After about 20 hours of gameplay, there isn’t a whole lot of content to keep me coming back. Even though Evolve’s Evacuation game mode features over 800,000 possible outcomes, it doesn’t seem like there is enough to keep many players coming back long-term after everything is unlocked.

Graphically, Evolve is magnificently beautiful. The vast landscapes on planet Shear were a sight to behold game-in and game-out. No nuance of Evolve’s terrain, from falling trees to rampant wildlife, goes unnoticed. The animations are fluid and easy on the eye, making gameplay as enjoyable to watch as it is to play.

As a whole, Evolve offers a style of gameplay that is far different than any other game available. It’s unusual that a game that is so unconventional plays so comfortably. Many titles that push new boundaries come out flat and uninteresting whileEvolve, however, is deep and enjoyable. The game’s design is nearly flawless and gameplay mechanics feel natural and unforced. While it suffers from a few unfortunate setbacks early on in its progression system, Evolve is sure to bring joy and excitement to the common gamer in a new and refreshing way.

A Ball State Student was shot and killed early Saturday morning just off the university's campus.