One student was shot in the leg just off campus early Thursday morning during what police are calling an attempted burglary.

Police are still searching for suspects, and the investigation is ongoing.

“My back was to the door, and before I knew anything, there was a gun in my face,” one resident and Ball State student said.

The residents did not want to be named for their safety.

Two other Ball State students live in the house, one of whom was in the kitchen and ran out the back door of the house when he heard the men come in. Two of the armed men chased the resident out a back door.

The third resident followed the two gunmen out of the house, where one of the gunmen turned around and shot the resident in the leg, grazing his left ankle, the victim said. Both gunmen then continued to run from the scene.

“I was just full of so much adrenaline ... what else am I going to do,” the victim said. “I didn’t feel it until I came back inside the house.”

The third gunman was still standing in the small living room, pointing a gun at the Ball State student who had remained there.

After the victim came back inside the house, he tackled the gunman. The gunman pistol whipped the victim and then ran off, he said.

“I’m not about to stand there and wait for him to try to talk to me and point a gun at me,” he said.

The gunmen didn’t ask for anything when they came in, but police are investigating the incident as a possible burglary, according to a preliminary police report. The student who was shot denied treatment and is able to walk fine, he said.

The students said they are still shaken and afraid to sleep in their house.

The Muncie Police Department is leading the investigation, said Joan Todd, a university representative, but University Police are assisting.

Todd said the university didn’t send out an emergency notification, because police and the university were made aware of the incident hours after the shooting took place.

“The situation was contained, and there was no need to send one out,” she said.

The gunshot victim said he is worried that the men may come back.

“I mean, they know where we live,” he said, but he will remain in the house. “We got no choice man, we got the lease for a year.”

Mackenzie Klahr with Newslink Indiana contributed to this story. 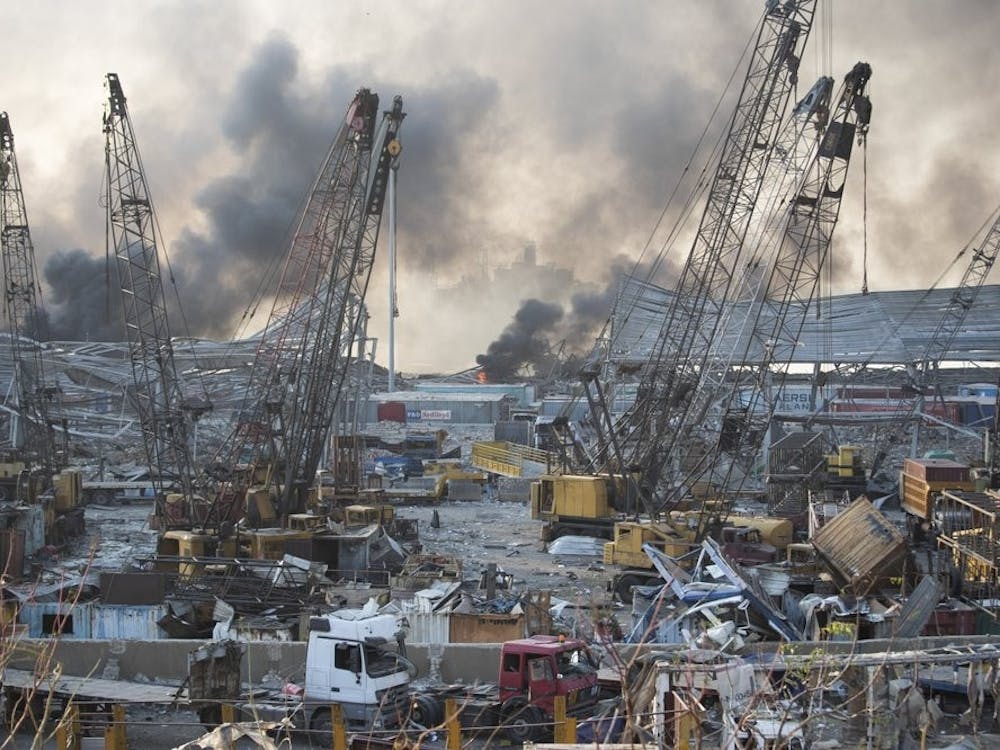 By Associated Press / 3 days ago

A massive explosion rocked Beirut on Tuesday, flattening much of the city’s port, damaging buildings across the capital and sending a giant mushroom cloud into the sky. More than 70 people were killed and 3,000 injured, with bodies buried in the rubble, officials said.

By Associated Press / 3 days ago