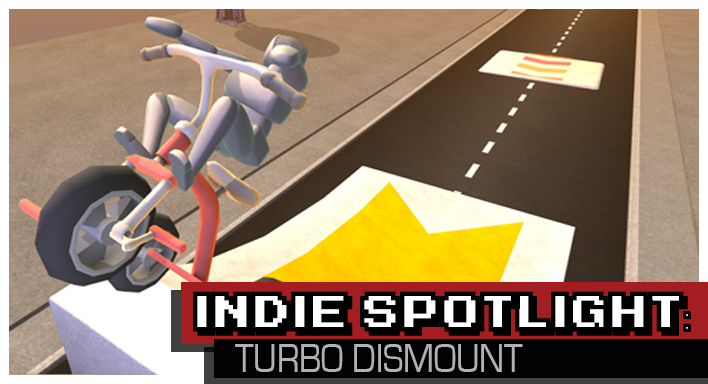 There simply aren’t enough games that are just silly fun.

Sure, there are titles like Hatoful Boyfriend that take the quirky dial and turns it so hard that it breaks clean off and flies into space, but even those have some sort of narrative or endgame.

There’s not enough games that are just toys.

The game has an incredibly simple premise; you are a crash test dummy.

Your only goal is to make as large of a crash as possible through a multitude of fun decisions.

While the game does have a scoring system, and a very well-made leaderboard system, most of the fun can be found in simply pulling out the game for a few moments to try something you’ve not yet tried.

Your attempts can be varied by having different vehicles, choosing a different route, and reorienting your dummy’s position.

The biggest variable element, however, is the array of 15 different obstacles that can be placed in set locations on each map. The obstacles include, but are not limited to ramps, turbo pads, bowling pins and minefields. All of them can have huge effects on how an attempt plays out.

Even if you don’t want to buy the full version of Turbo Dismount, you can have tons of fun picking it up for just a few minutes at a time.