Jacob Burbrink is a senior telecommunications major. His views do not necessarily reflect those of Unified Media. Write to Jacob at jmburbrink@bsu.edu. 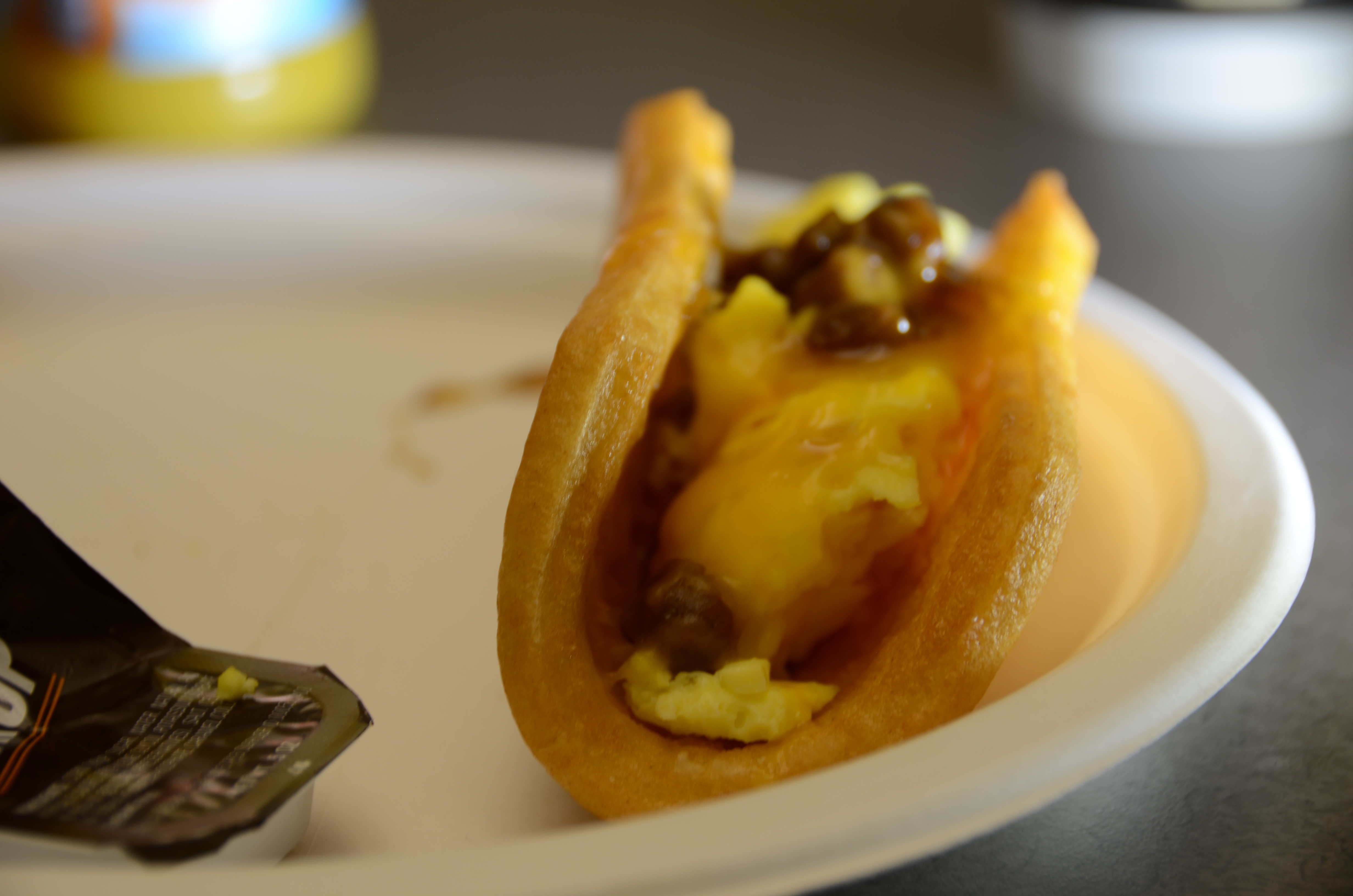 The Waffle Taco is a waffle filled with eggs, cheese and either bacon or sausage. The taste of the item is as strange as the name. Biting into the taco the fist thing that hits is the waffle. It is not as sweet as the promotion says but it adds structure to the eggs. The sausage taco is supposed to be made with a sausage patty but on some they use pieces of sausage instead. The syrup that comes with the taco adds a bit more flavor to the taco but not enough to give it more than a B- grade. 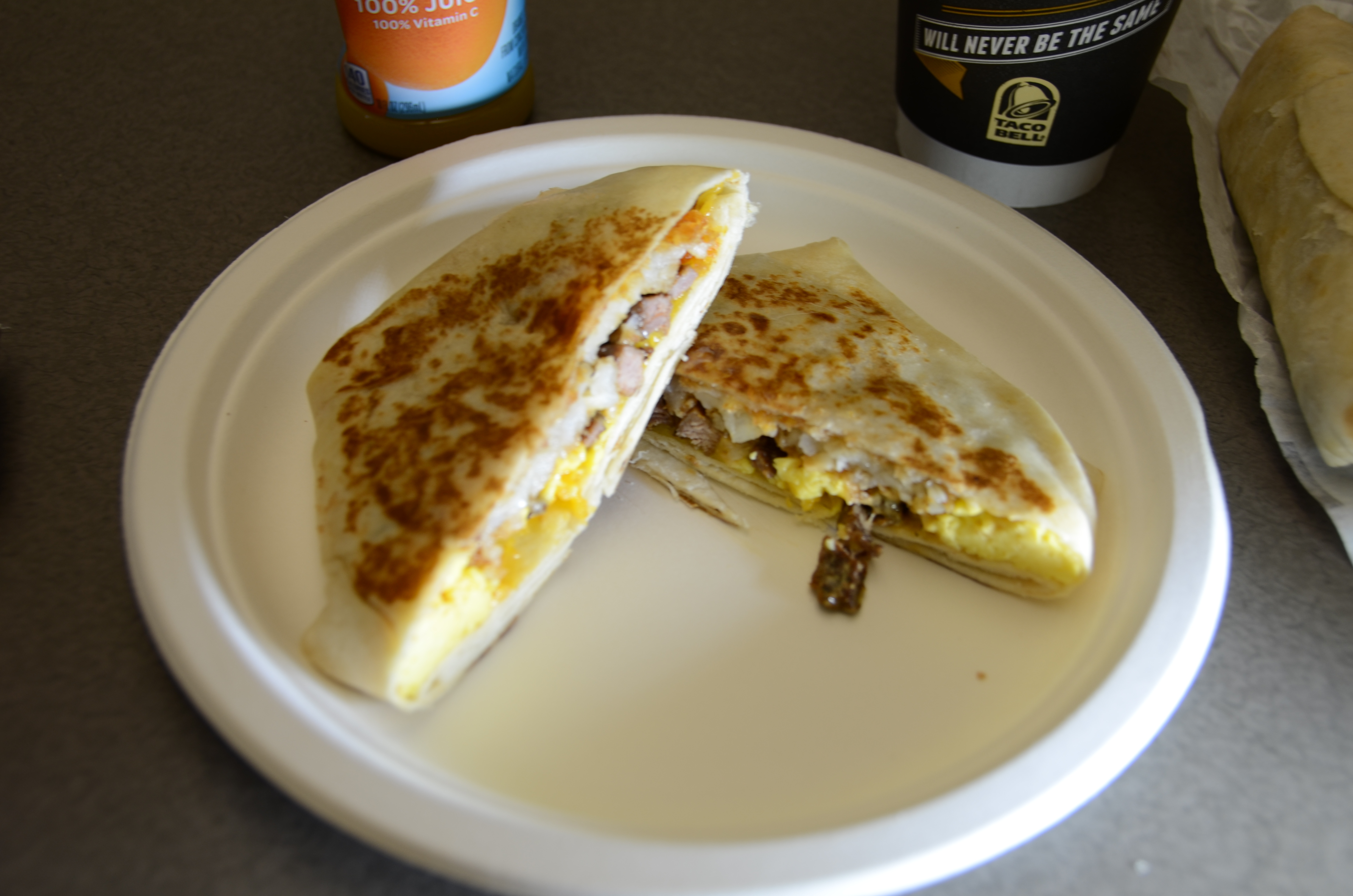 The A.M. Crunchwrap resembles the traditional Taco Bell Crunchwrap with a twist. Inside the item is a hash brown topped with eggs, cheese and either steak sausage or bacon. The hash brown has a nice crunch to it and the steak version is quite filling. The item looses points because it does not have the kick that the regular Crunchwrap provides. 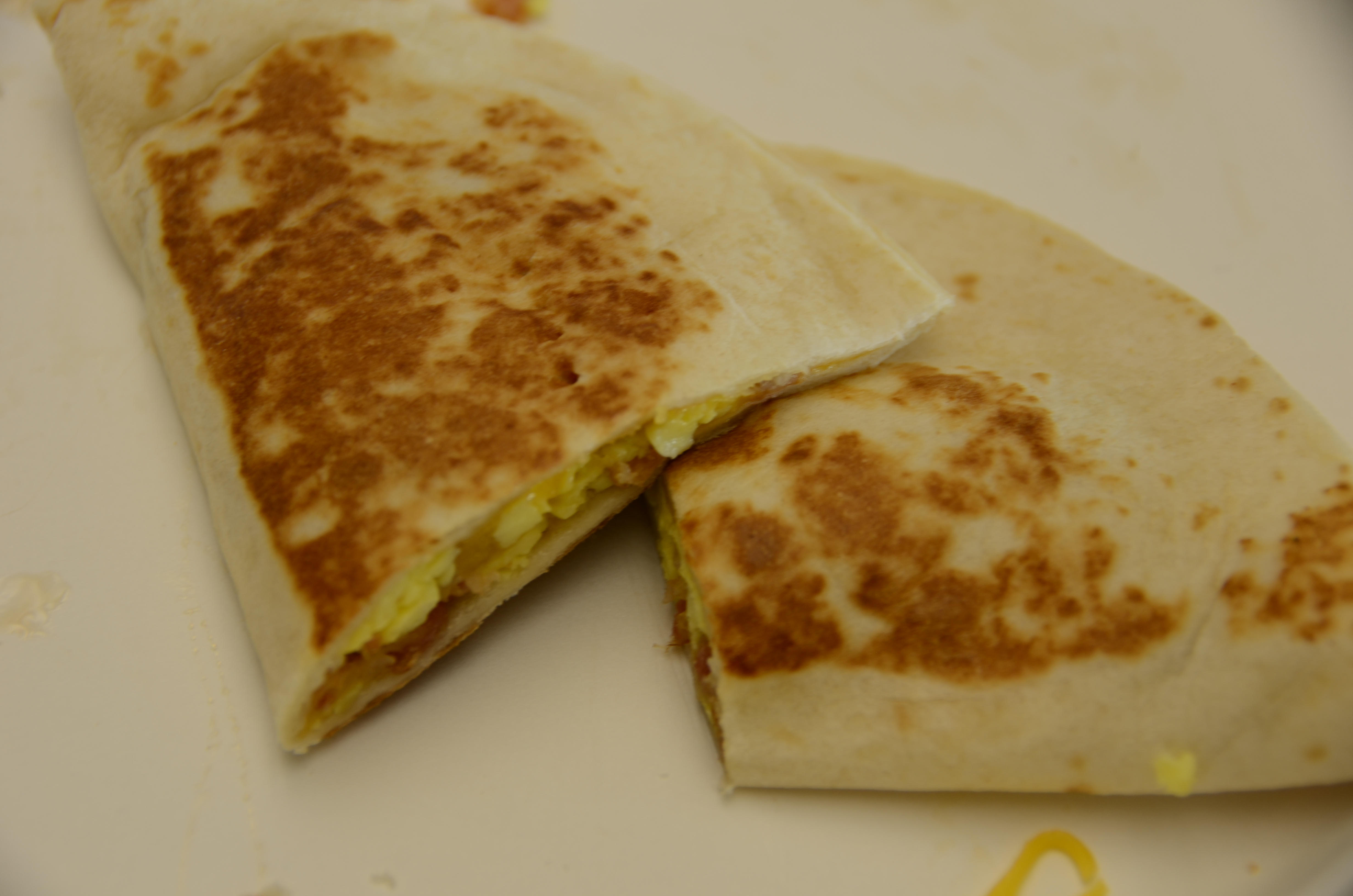 The A.M. Grilled Taco is a combination of eggs, cheese and either bacon or sausage. This item is very portable friendly and stands up well to varied temperatures. The fact that they grill it allows it to keep its shape while being eaten. 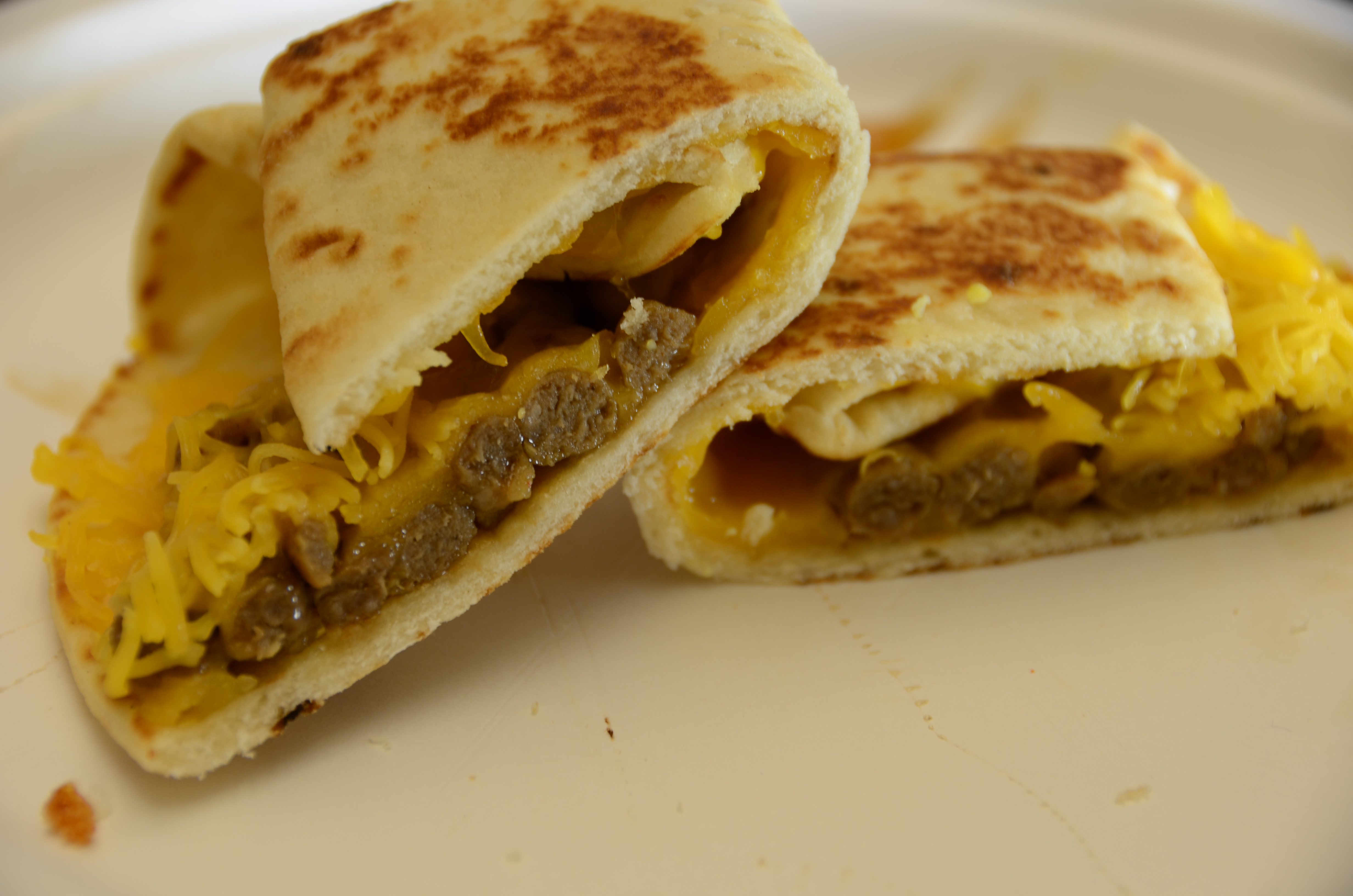 The Sausage Flatbread melt is sausage and cheese grilled in a flatbread. This is an interesting addition to the breakfast menu but it seems out of place with the rest of the menu items that feature eggs with the meat. If someone is just interested in having a quick bite of sausage and cheese on the go it is good but it lacks in flavor. 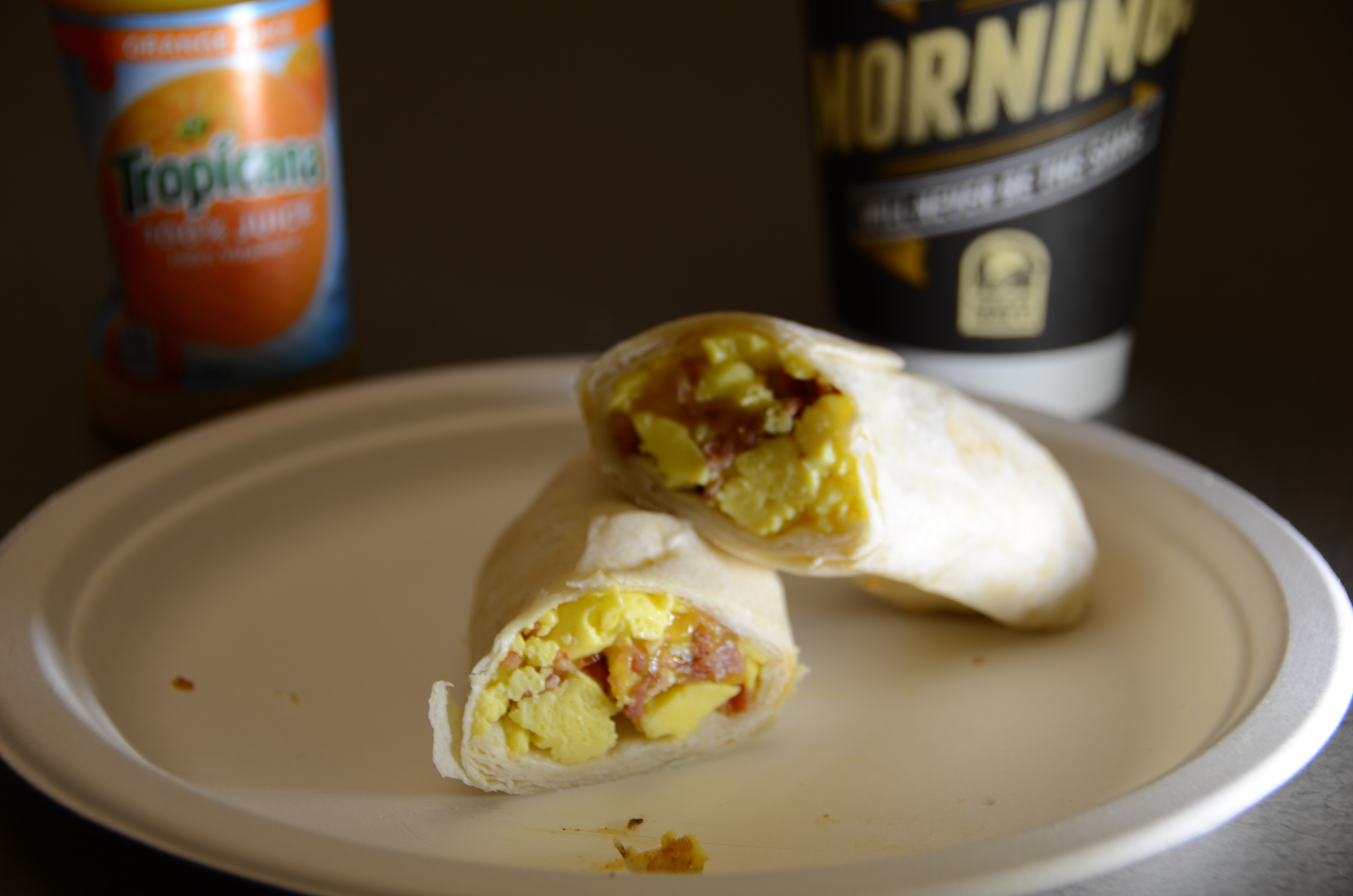 The clear winner of the breakfast menu would have to be the Breakfast Burrito. The burrito is stuffed with eggs, cheese and either steak, bacon or sausage. This item stands the best when traveled and is filled with flavor.

A journal from a photojournalist: My first year

The more I shot sports, the more I seemed to find myself. When I came to college I felt lost. Not because I didn’t know what I wanted to do with my life, but because I didn’t really know who I was anymore. I lost myself in high school and being at the Daily News helped me find my place and my people.

OUR VIEW: Striving for what?

The editorial board hopes the RISE ticket can further the progress Strive has made and cement itself as SGA leadership that listens to the student body, however, with Strive’s term ended, we must assign the previous slate an incomplete grade.