Let's Have a Conversation

America still has a racism problem. And following the events in Ferguson, Missouri involving the death of unarmed 18-year old Michael Brown by a white officer, it’s impossible to ignore any longer.

Not until a nationally recognized tragedy like Brown’s death takes place does the conversation of race relations occur. Instead, we have learned to avoid having the discussion at all. We’re content on ignoring the issue, but this is a conversation we need to have.

Brown was shot at least six times on Aug. 9, following a confrontation with a Ferguson police officer. After a week of protests countered by militarized police, the name of the officer who shot Brown, Darren Wilson, was released. 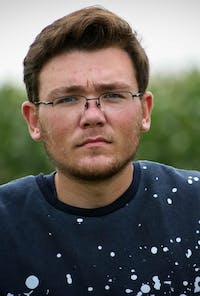 By the time his name was released, Wilson, a white, four-year veteran of the Ferguson police department, had gone into hiding. Several “Support Darren Wilson” fundraising pages have sprung up, including a GoFundMe as well as a Facebook page and nearly $450,000 was raised on his behalf.

The death of Brown has grabbed national and international attention because of the public unrest and outrage in the weeks following his death. What separates this incident from others is that he was unarmed. He had put his hands up in surrender, but was still shot six times – including twice in the head.

By contrast, in 2012 James Eagan Holmes walked into a crowded movie theater in Aurora, Colorado, wielding an assault rifle in full-body armor, and killed 12 people. He was arrested outside the theater and is currently awaiting trial.

The New York Times mentioned how Holmes was “amiable, if intensely shy” as well as “cool and detached,” but described Brown as “no angel” who “dabbled in drugs and alcohol.”

The media sympathizes with whites and victim blames blacks. This disparity towards minorities is also seen in our justice system.

In 2012, unarmed Trayvon Martin, 17, was fatally shot following an altercation with a member of the local neighborhood watch, George Zimmerman. He thought Martin looked suspicious, began following him and ultimately shot and killed Martin. Zimmerman was found not guilty of second-degree murder.

In July of this year, 43-year-old Eric Garner died in an illegal police chokehold. While being taken down by four police officers, the unarmed Garner shouted, “I can’t breath!” several times before dying on the sidewalk. The entire altercation was captured on video, sparking national outrage due to the unnecessary police brutality used. Officer Daniel Pantaleo, who placed Garner in the lethal chokehold, was stripped of his gun and badge and placed on desk duty.

These cases of both Martin and Garner sparked national conversation, but only for a short time. Their deaths couldn’t help prevent the death of Brown, exemplifying the deep-rooted systematic failures that characterize our justice system.

According to 2012 FBI reports, 28 percent of arrests made were black people, yet only account for 13 percent of our country’s population. In addition to the disproportionate arrest records, prisons illustrate an even bigger racial gap. According to the Federal Bureau of Prisons, 37 percent of inmates housed are black. The math doesn’t add up.

Systematic racism has no formal definition, making it hard to define and even harder to identify. These statistics exemplify economic, criminal and social disparities, but without putting a face or name to those statistics, they’re easy to ignore. The growth of awareness through social media has drawn attention to the inequalities and injustices.

The discrimination in the system put in place decades ago has made it impossible to ignore any longer.

Simply, we need to change our mindset. Unintentional racism is still racism. Associating people of color with words, like “ghetto” and “thug,” or assuming that all black people are from Africa are subtle ways that racism has continued to exist.

Racism isn’t dead, and Michael Brown’s death should serve as a call to action. We have the opportunity to use this situation as a turning point in our country’s history, instead of letting Michael Brown become just another name.