After being closed for nearly eight months, a Muncie landmark, Burkie's Drive-In, is finally reopened.

The store originally closed in September 2016, a few weeks earlier than normal, due to the building looking for a new owner.

Burkie's new owner, Teege Krown, moved to Muncie from Michigan specifically to re-open the drive-in along with his business partner Jonah Sizemore. He found the restaurant randomly on the Internet and had never previously been to Muncie, but after visiting the drive-in twice and learning about the history of Burkie’s, he decided to buy and fix up the Muncie landmark.

“We did a complete remodel inside and out - brand new equipment, paint, cleaning,” Krown said. “I pretty much kept the same menu with just a few tweaks.”

Krown has been “completely amazed” by the amount of customers that have visited Burkie’s since it re-opened in May. In just the short amount of time he has worked there, Krown has learned the scope of Burkie’s impact and history in the community.

“It was quite amazing once we got into it, once we got hearing the stories and realizing exactly what we had bought … how it was known for its tenderloins and its fresh food,” Krown said. “I feel like we saved [Burkie’s].”

All of Burkie’s burgers are fresh, and all of the tenderloins are breaded in-house. Krown learned about the history of Burkie’s and how to do the tenderloins from Todd Morton, whose great grandfather, Charles Burke, built and opened the original Burkie’s in 1954. Several of his other family members have ran or worked in the restaurant, and Morton still has the original menu. 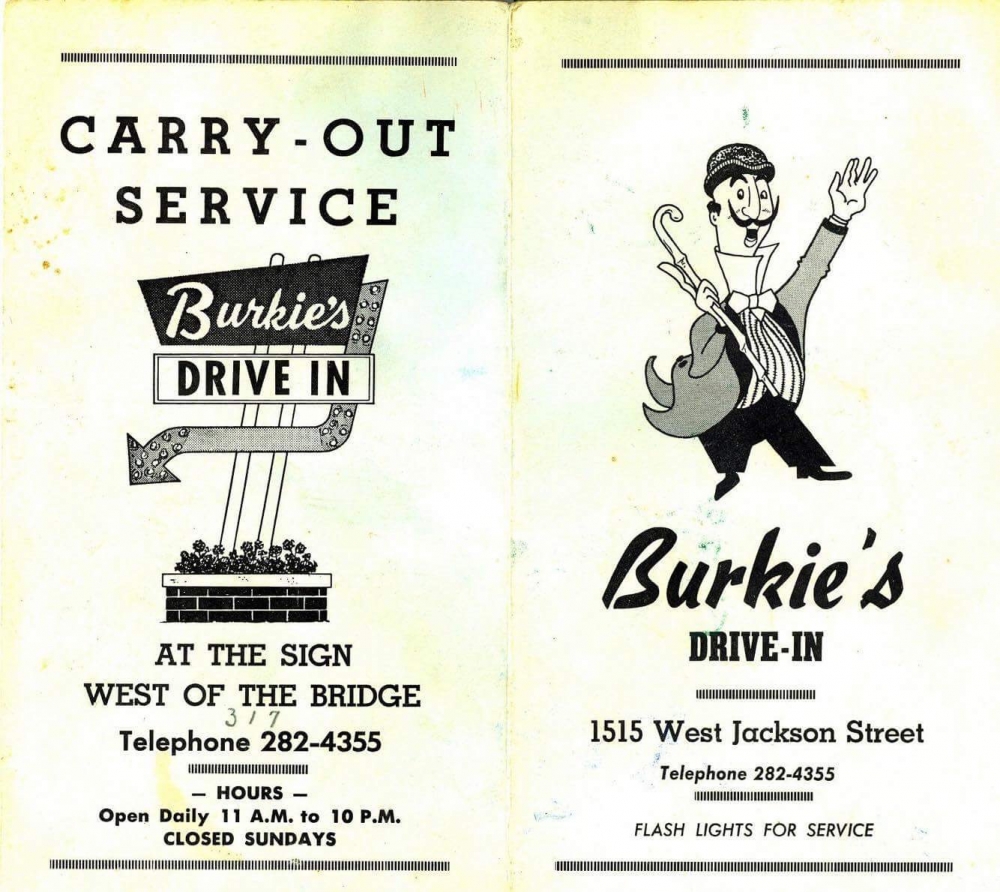 “Everything was cooked fresh, there was nothing really cooked frozen and that’s been their tradition since the beginning … I lived [in Muncie] until I was 12, so I was basically in and out of that place all through my childhood,” Morton said. “My favorite thing there was the cherry Coke.”

Morton is happy with the new management, but especially with the way the fixed up the main Burkie’s sign. The last owner removed the light bulbs from the arrow pointing to the drive in and painted over it when he couldn’t get it to work, but Krown and Sizemore have restored it.

“[The last owner] didn’t really care about the tradition, but now the sign’s working, all the neon is correctly done and it’s awesome to see it shine again,” Morton said. “My whole family is just ecstatic [that it’s open again].”

Morton said originally, the name of the drive-in was going to be changed, but the community spoke up and said they wanted the Burkie’s that they know. Morton wasn’t happy with the last owner, but said Krown is doing things the right way.

“When I was there [last] Saturday, everybody was happy," Morton said. "They were busy, I think Friday they sold like 1,200 breaded tenderloins. I would have never thought they’d do half of that, and that’s amazing.

“They’re destined for a lot of business.” 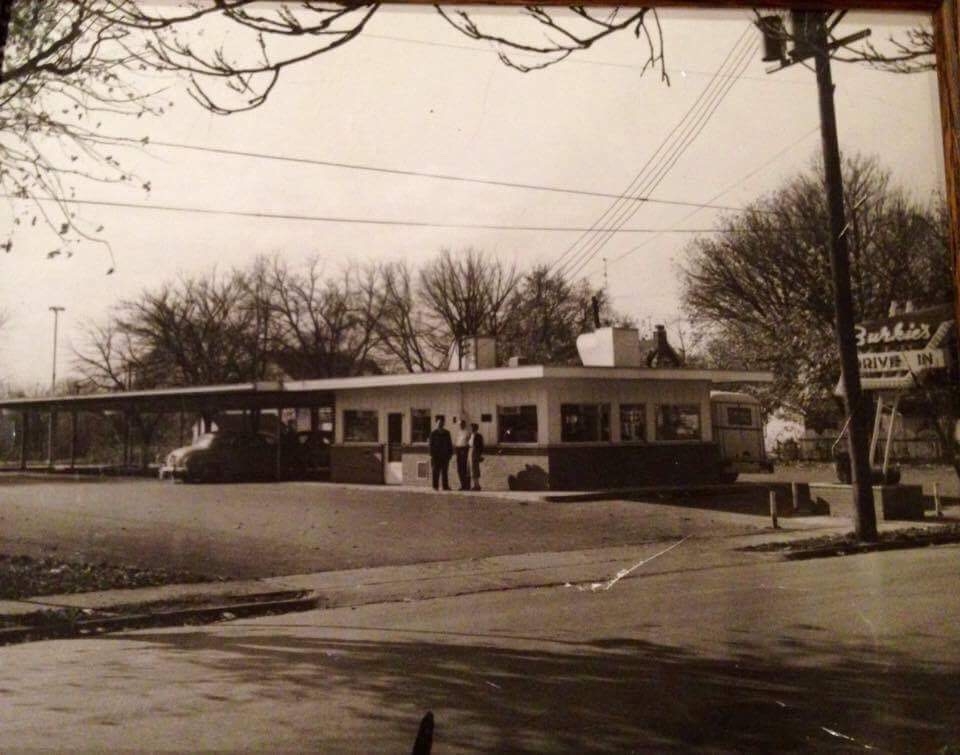 Another piece of Burkie’s history still lives on Florida, through the marriage of Jeff and Lee Maxwell, who just celebrated their 31st anniversary on May 31.

Lee Maxwell lived right next door to Burkie’s during her time at Ball State. Her parents wanted to come and get her every weekend, and she later realized the real reason for their frequent visits was because they wanted to get a Burkie’s tenderloin and vanilla Coke every Sunday.

Jeff and Lee both attended Ball State and went to Burkie’s for lunch two or three times per week. One day, Jeff asked Lee something special in the parking lot after being friends for about a year.

“When we first started dating, she said ‘I think I’d just like to be friends.’ … We were standing in the parking lot; I would always park my car at Burkie’s to go over to her apartment … I basically just said ‘would you like to get married sometime?’” Jeff said. “She kinda laughed and she says 'well, you know I thought we’d just be friends for awhile,' and I said ‘I know, but we’ve been friends long enough, would you like to get married when we graduate?’”

“I said yes, but I laughed. I didn’t think he was serious,” Lee said. “When he left that evening, he had this car horn that actually played tunes, played songs and when he left, he played the wedding song. It was like oh my gosh, he was serious. 31 years later, I’m really, really happy that I said yes.”

Jeff’s parents also used to go to Burkie’s when they were dating in high school during the late 50s, and then Jeff and Lee went in the 80s. When they return to Muncie, they still get a tenderloin and a vanilla Coke, with extra vanilla.

When the Maxwells heard Burkie’s was closed, it felt like a part of their life was gone.

“We thought well, this can’t happen, it’s gonna have to reopen at some point … we were happy to see that it’s open,” Jeff said.

Lee said the parking lot was full then, and now that Burkie’s is re-opened, it will be full again. Burkie’s, located at 1515 W. Jackson St. and is open Tuesday through Sunday from 11 a.m to 10 p.m.

Rain on the way with falling temperatures

Weather Forecaster Kerstin Cox tracks our next rain chances and a fall-like forecast coming up this week.

By Maddi Johnson / 19 hours ago

Chief Weather Forecaster Maddi Johnson is tracking mild temperatures, our next rain chances, and a cool weekend ahead for Ball State's Homecoming Weekend.