Junior Michael VanDeventer swings at the ball at hole 1 during the Earl Yestingsmeier Memorial Tournament at the Delaware Country Club on April 15. VanDeventer finished tied for first individually with a 2-under-par 208. Kaiti Sullivan // DN

Editor's note: After this article was published, a scorecard error was discovered by tournament officials. This article has been updated to reflect the changes.

Ball State appeared to secure a one-stroke victory over Eastern Kentucky in the Earl Yestingsmeier Memorial Invitational at Delaware Country Club Saturday, but after a scorecard error was discovered the Cardinals fell to second place.

Junior Michael VanDeventer (-2), however, still tied with Alec Dutkowski from Taylor University for the individual title.

“It was tough out there with the wind picking up,” VanDeventer said. “[I'm] proud of the way I was able to battle and hang in there, ultimately get the job done.”

Freshman Blake Vise initially finished with a 75 in the final round, but was disqualified when a scorecard error was discovered.

As a six-count-five tournament, where the lowest score is dropped from the team score each round, Vise's score was replaced redshirt sophomore Colin Proctor's 79. The change added four strokes to Ball State's total (1079), dropping the team below Eastern Kentucky (1076) in the standings.

Junior Michael Makris (+5) finished ninth overall and junior Johnny Watts (+6) shot even-par in the final round to move up 12 spots on the individual leaderboard, finishing tied for tenth.

Head coach Mike Fleck said he was impressed with how the Cardinals played after a shaky middle portion of the round.

“It was pretty nerve-racking coming down the stretch,” Fleck said. “We were able to basically manage our games a little bit better and kind of bring it on home.” 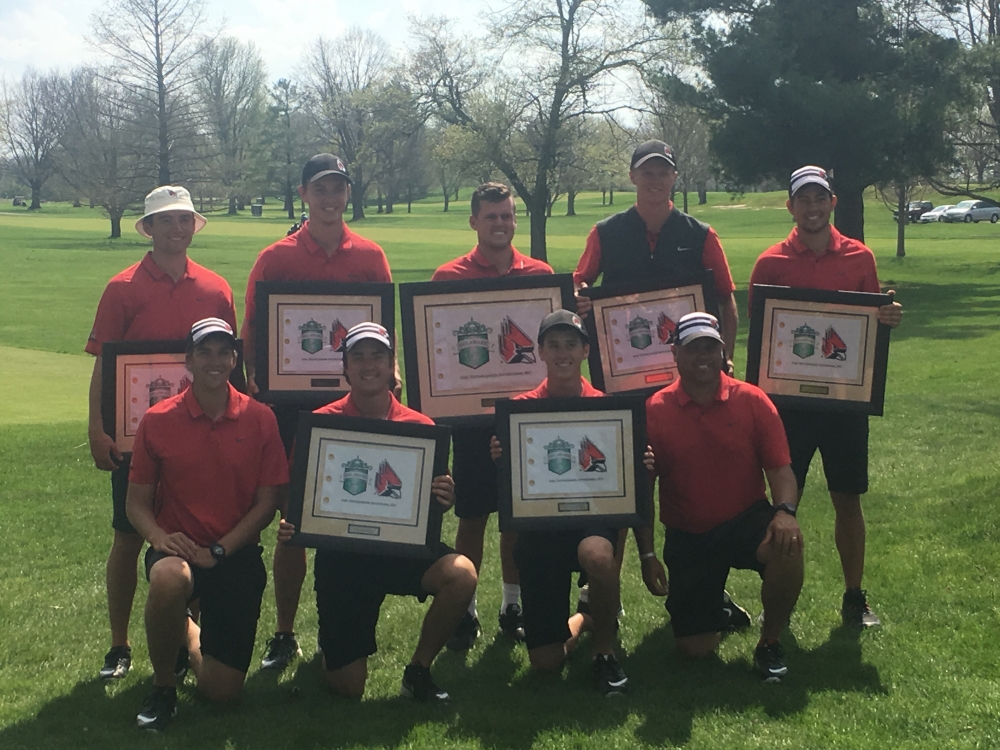 “I hope we can keep playing good team golf,” Fleck said. “Trying to get four or five guys on the same page and playing well together is what we are trying to do.”

The Cardinals' final tournament of the season will be the Robert Kepler Intercollegiate in Columbus, Ohio, on April 22-23, hosted by Ohio State University.