The 'other side' of theater: student directors get work experience, collaborate with peers

Baily Fritz didn’t always want to be a director.

Up until she was a teen, Fritz had her sights set on being a lawyer. Her passion for acting and directing began in middle school and only grew from there.

She joined the school’s drama club and as a high schooler was inspired by one of her directors and mentors to take on the task of putting together shows for a living.

Sue Nelson, Fritz’s high school director, had a significant influence in her choice to pursue directing.

“She encouraged me to see theater from the other side,” Fritz said.

The “other side” of theater has a lot of facets. With Nelson’s help, Fritz gave input on shows, led rehearsals and talked to administrators about how the school’s theater program should be run.

Now, Fritz is a junior theater education and directing major and is spearheading her first Ball State production for Cave Theatre, “Bully.”

The show features an all-female cast and the effects bullying — be it bullying others or being victims of bullying — has on their lives.

The story follows a group of three women who make a pastime of beating up other girls. Then, the tables turn when their victims decide to exact revenge.

“None of you are nice girls,” Fritz tells them before they begin the first scene.

Violence is a central point of the show, which is something that can be challenging to portray. Fritz said she wanted to humanize the characters instead of perpetuating stereotypes.

“Every damaged person has a reason why they’re damaged,” she said. “It’’s truly about the process of how we deal. How do you come back from something so terrible in your life? And here, we see a story of violence and taking that route and we see that it doesn’t work. They’re still hurt; they’re still damaged.”

When it comes to directing, Fritz does things “organically,” letting the actors collaborate with her, which allows the show to come together more naturally.

“You learn so much from your actors,” she said. “They bring so much into this space that you never would have thought of.”

To Fritz, collaboration is the whole purpose of theater and a key ingredient for making the show come to life.

At rehearsals, she sits at a table in the front of a classroom on the second floor of the Arts and Communication Building and lets the actors really get into character. Fritz tells them that every scene should be like “life or death,” from the moment the play starts.

The actresses are also told that if Fritz feels like the energy has dropped, they’ll start the entire run-through over again, adding an extra urgency to each scene.

“Start being your characters and stop being yourselves,” she tells them before they begin the first scene. “The stakes are high. Make me believe you.”

And they do. The actresses push themselves, projecting their voices and making every violent scene look like a real fight. The energy never dies.

This ability to collaborate is something easier done when a student is the one directing a play.

Emma Rickman, a junior acting major who plays Tanisha, said because there is more room for collaboration, each cast member gets to be a bigger part of the play.

“Even though there’s a hierarchy and everyone has their place, with this it’s not so much, ‘Oh my god they’re the director and I see them in class and they’re like 25 years older than me,’” Rickman said. “It just makes for a very different show and you have a part in the show that’s more than just your lines.”

Having a student-director also lends for a more casual setting. Kati Kostyk, a junior acting major who plays Simone in the show, said having another college student as her director can be a little more comfortable.

“We’re peers. With a faculty member, you’re always trying to show your best self and there may or may not be a friendship involved, but it’s kind of inappropriate to have a close friendship, whereas with Baily, you’re on the same plane,” she said. “You’re going through the same struggles as a college student. You’re going out and doing the same things on the weekends.”

Rickman also pointed out that when they graduate, the directors they’ll be working with will be their peers.

“It’s really cool to get that experience here and like to feel out those new boundaries,” she said. 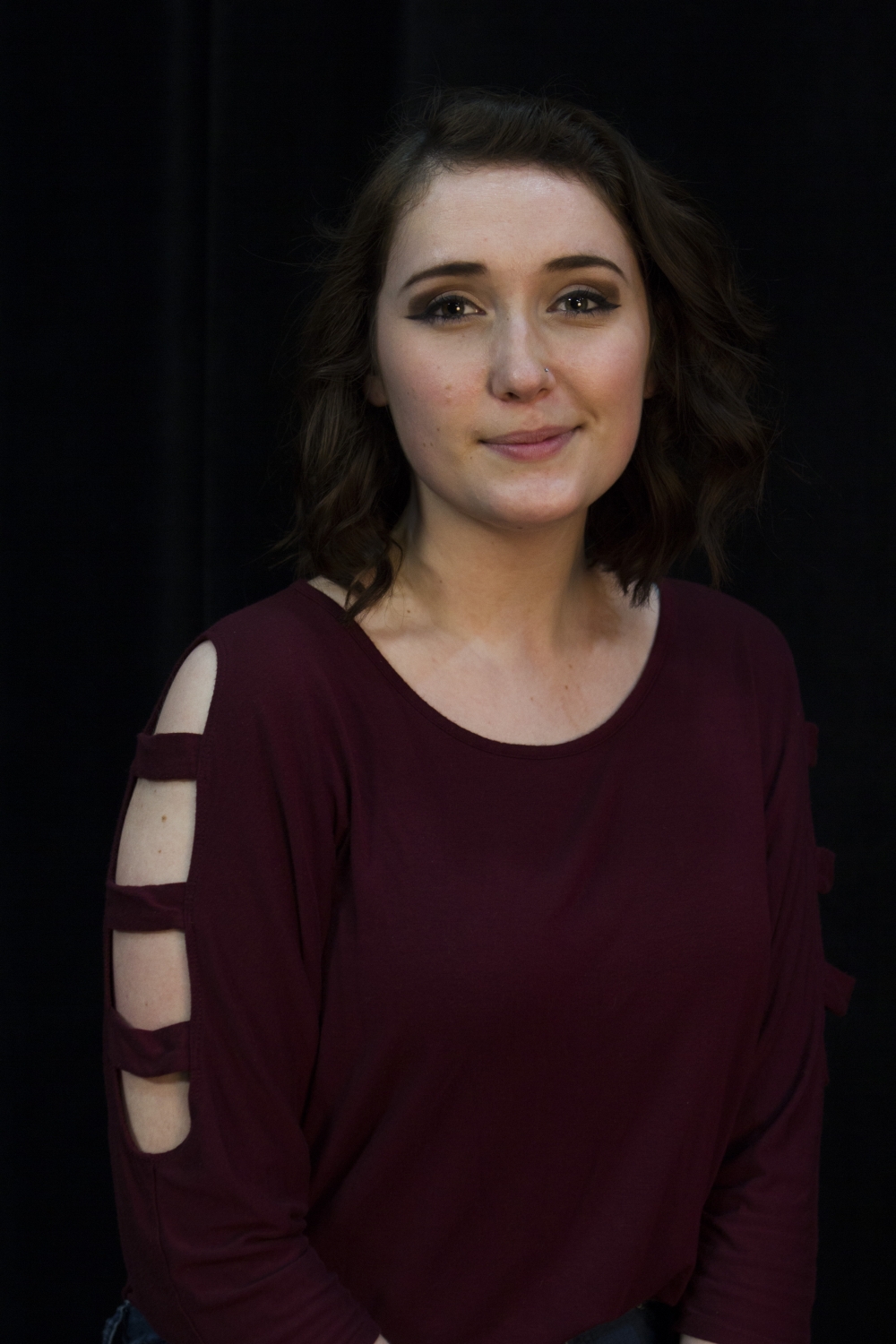 Baily Fritz, a junior theater education and directing major, is directing the all-female cast of "Bully" at the Cave Theater. Emma Rogers // DN

Directing a show is a requirement for directing majors in their junior year.

In addition to working on the Cave show “Seminar,” he also directed his first documentary, “Unmasked: the Stigma of Meth.”

Osterhoudt has assistant directed and produced short plays, but “Seminar” was his first full-length theater production for the department.

He got into directing in high school when he joined his school’s theater program. He couldn’t see himself professionally pursuing acting but found a love for putting a show together and being part of that process.

Osterhoudt said this opportunity, along with the guidance from the program, has helped him learn how to be a successful director.

He said working on “Seminar” has helped him become a better collaborator. Because theater is such a collaborative process, even if a director has a vision for what they think the play should be, getting input from actors and designers can take the show to a higher level.

In addition to getting input from the actors, each student-director has an adviser they work with.

Fritz’s adviser is Matt Reeder, who she meets with weekly. He answers any questions she has and gives guidance as needed, but for the most part gives Fritz freedom to learn and grow in her role as director.

With that freedom, there comes an incredible amount of responsibility.

“Ninety-five percent is on me to make it happen,” she said.

At a recent rehearsal, Reeder told Fritz, "you don’t need me anymore. The show is good."

As she tells her cast and crew of Reeder’s kind words, they all smile, an accomplished feeling reaching all around the room.

It’s their last rehearsal before opening night and before they leave, each cast and crew member takes a turn sharing their favorite memory from the months of rehearsal.

Opening night on March 22 came with much anticipation for Fritz.

“It's always weird to have people come and see something that you've been with for so long, but it's also really nice to finally let the show be,” she said. “It's also nice to see how people react to something you've created.”

After the show opened, Fritz said she is “hands off” with the play, leaving all the tweaking and polishing to the actresses.

She also said she’s been getting positive feedback from the show, but the process of putting the show together has been the most rewarding part.

“Though the comments are nice, I still keep on reminding myself that it's not about that and it's about the process and what I learned from it,” she said. “Even if everyone hated the show, I am proud of the work we have done, and wouldn't change this experience for anything."

“Bully” has come a long way since Fritz’s original vision and no matter if everyone loves the show or hates it, she said she’s proud of the work and the progress they’ve all made.

Voted Muncie’s ‘Best Hidden Gem,’ ‘Best Local Attraction,’ ‘Best Event Center/Venue,’ and ‘Best Museum/Gallery’ in the Reader’s Choice Best of 2020 survey - Minnetrista offers so much more than meets the eye. It was built on the legacy of a four-year study of the cultural needs of East Central Indiana by the Ball Family. In 1988, the Minnetrista Cultural Center opened its doors as a state-of-the-art facility to preserve East Central Indiana’s cultural heritage.