Prints, metalwork and "furniture sculptures" are among the many student pieces featured in the 82nd Annual Student Art Show. As the show draws to a close, student artists reflected on their work and inspiration. 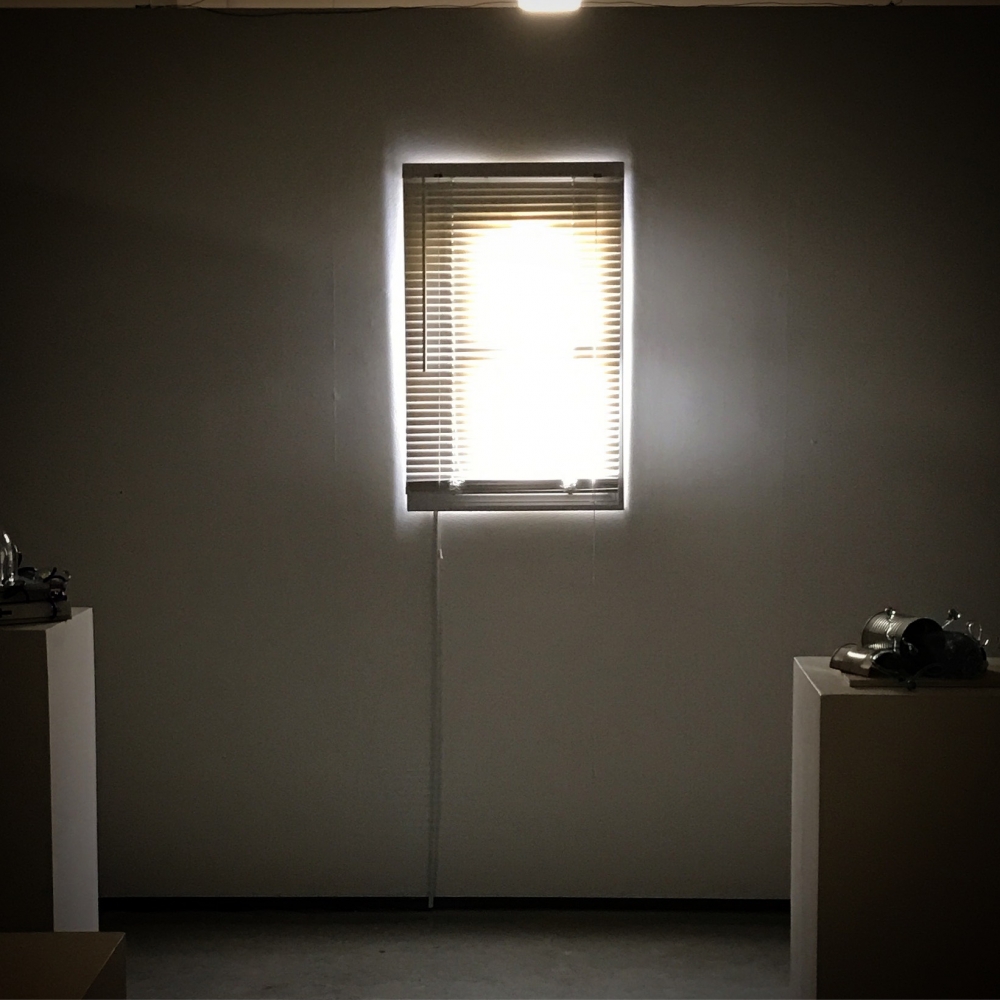 Clayton Burns on his piece "Daydreaming"

Burns’ piece, entitled "Daydreaming," falls under the category of "sculpture furniture" and is an example of life-based art. The piece only took around a week to create after he had been looking out a window and daydreaming. He wanted to put that creativity of the mind into a life-like form.

Burns said he has always been in love with art; however, he considers the death of his father to be the turning point of deciding to pursue art as a career. As a senior with multiple pieces in the show, Burns said he is honored to be included .

While arts programs have a history of being defunded, Burns is confident there is still strong support.

"There will always be someone there to support the arts," he said. "The government is great but you can't let them decide what's art, what's important, and what's not."

From her hometown of Cincinnati, Ohio, junior Kathryn Holaday was awarded the best in metals in the art show for her piece "Beaded Shoulders." Holaday has been following her dream since the first grade, when she responded "to be an artist" on a worksheet asking what she wanted to be when she grew up.  Working off a class assignment of incorporating a toy into her work, she created shoulder jewelry from a bead roller coaster normally found in the waiting area of a doctor's office. Holaday worked on the piece for several weeks, and winning the Best in Metals award has left her feeling accomplished.

Kendra Schemmel on her piece "Nostalgia"

A junior with a major in visual communication, Kendra Schemmel was awarded best in the drawing section for her piece "Nostalgia." Schemmel has been in love with art since childhood, starting with her mother's arts and crafts time. Having two pieces in the show, she feels honored to be a part of what she calls such a talented group. Her inspiration for her piece stemmed from the singer Sia and the concept of surrealism. These paired together to make a dream-like picture. 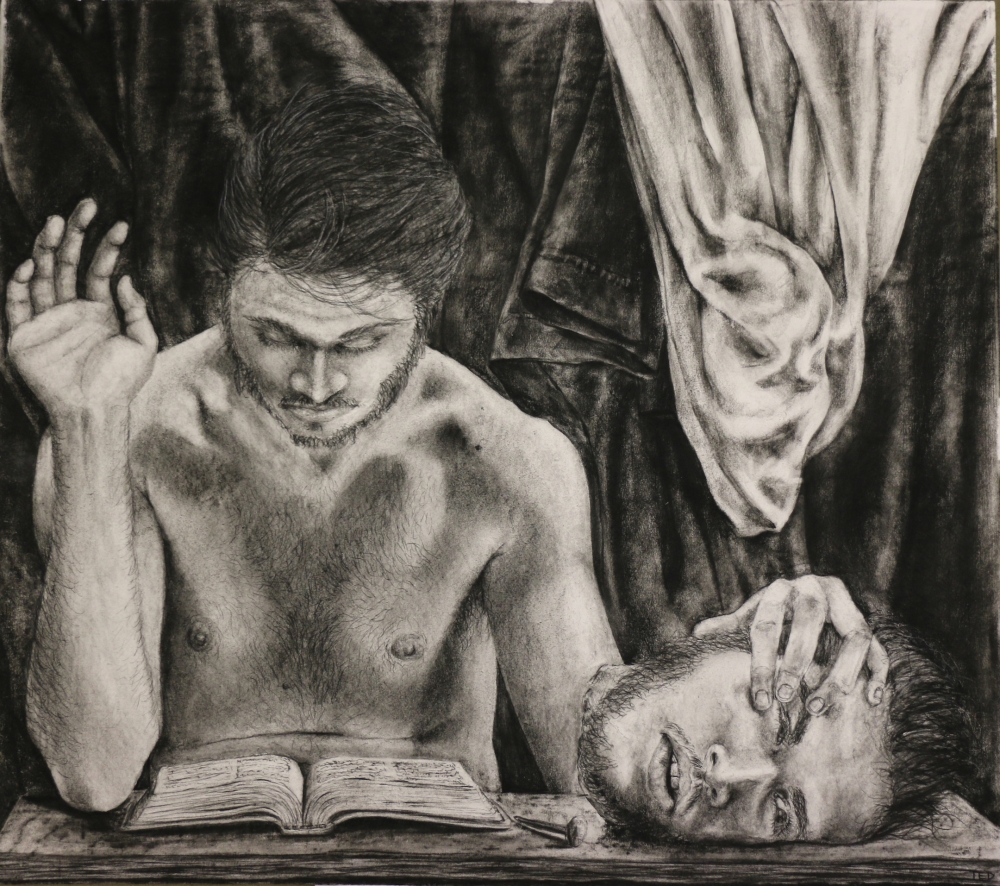 Teddy Lepley on his piece "He, Himself"

Although he didn’t win an award with his piece "He, Himself", sophomore Teddy Lepley is still proud of the multiple pieces he put in the art show. Lepley's inspiration for the piece was his religion, Christianity. The piece took about three weeks to complete. Lepley said he got most of his experience from coming to Ball State and has learned so much on campus.

"[The show] is really nice," he said. "Everyone did a great job and there are a lot of prints showcased, which makes my heart happy." 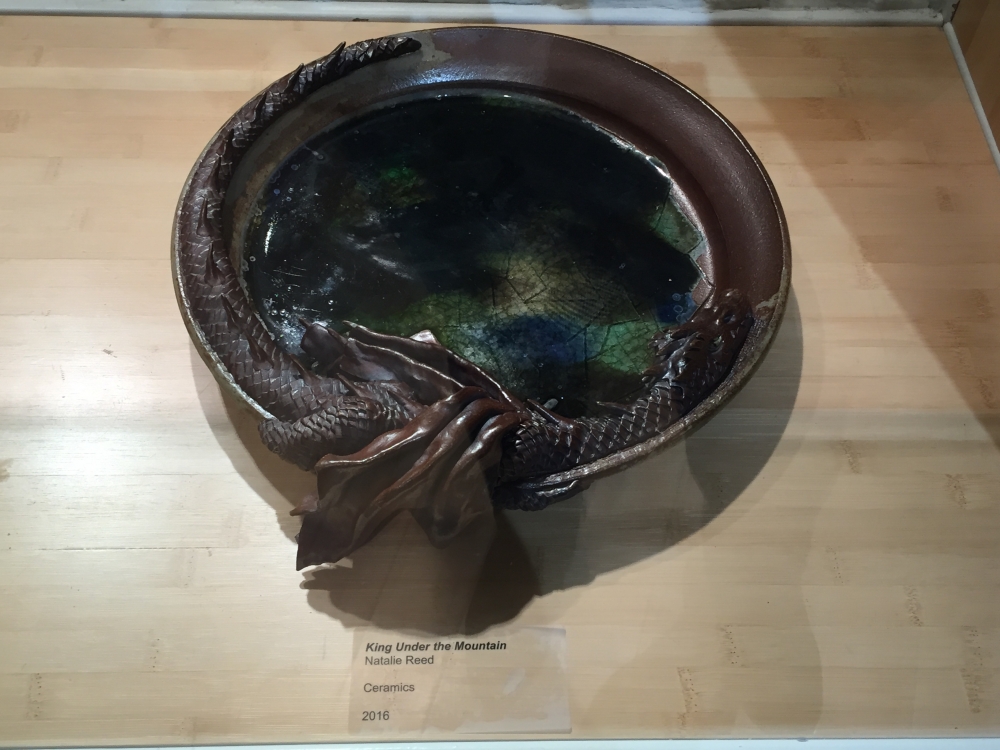 Natalie Reed on her piece "King Under the Mountain"

By having her piece "King Under the Mountain" in the art show, Natalie Reed said she feels as though all of her hard work has been validated. Her piece was inspired by the popular "Lord of the Rings" series and its accompanying soundtrack, which she listened to while creating her piece. She said it took a total of 60 hours.

Reed knew art was her passion in eighth grade. Like Burns, budget cuts and defunding of arts programs hits close to home.

"It makes me extremely angry. I grew up and went to schools where I couldn't take art,” she said.“Going to a school like that wasn't awesome and it breaks my heart knowing that in the future, like for my little sister, she won't get any opportunities to create art if they keep taking away money to fund it."