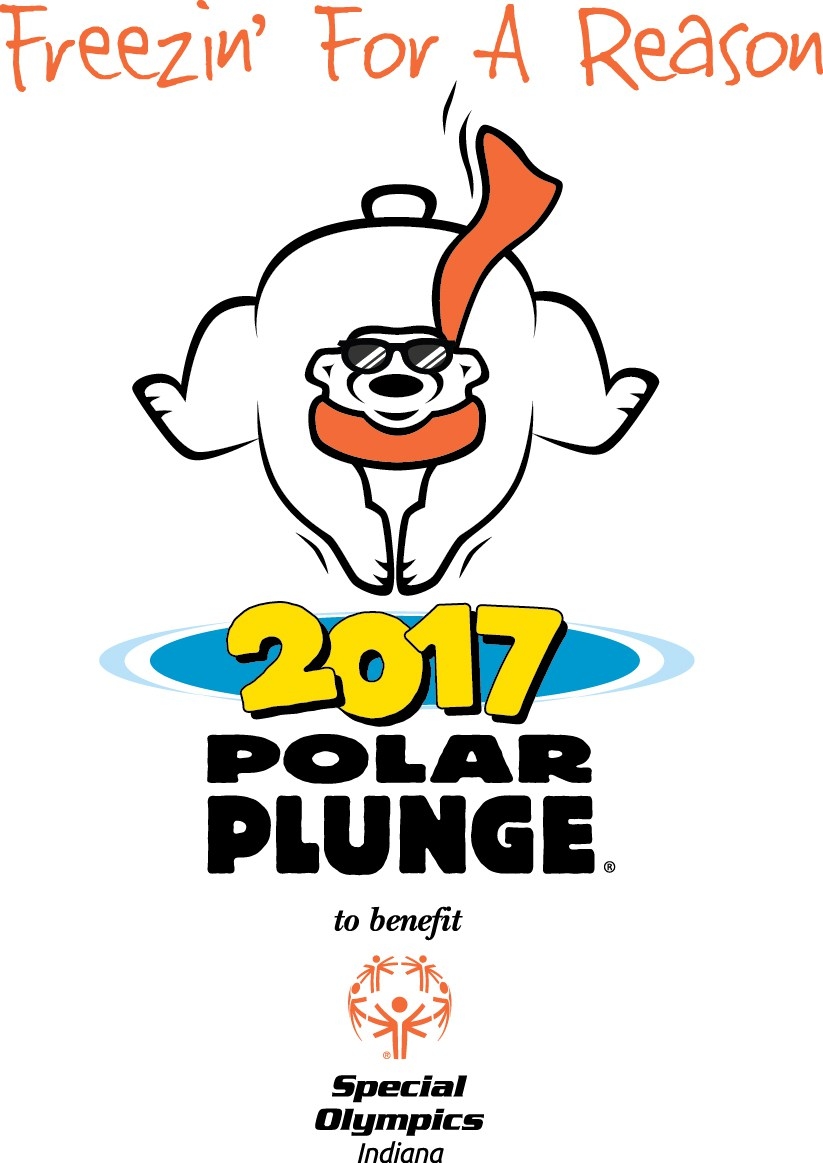 Students dressed up to participate in the costume contest before submerging themselves in the frigid waters.

Craig Weinberger, a member of Delta Tau Delta, wore his special lion costume for the occasion.

“I only bring out the lion suit for good causes,” Weinberger said.

Spencer Sharpe, a member Phi Sigma Kappa, said this was "the big event" of the year.

“This is our specific philanthropy,” Sharpe said. “We helped with all the setup in getting this here and we've been doing this for a long time.”

Sharpe was feeling sick the morning of the plunge, but that wasn't going to stop him from plunging himself into the frigid pool.

Anyone is able to participate in the plunge as long as they raised $75, or $50 with a valid student I.D.

Julie Burkholder, the northeast regional manager for Special Olympics Indiana, said there were over 80 plungers and the event raised around $8,000.

After every participant takes their plunge, everyone heads inside to warm up and enjoy the After Splash Bash. Festivities included music, food and handing out T-shirts and awards such as best costume and most money raised.

Though Burkholder has been the northeast regional manager for less than a year, she has volunteered her time for the program for about 22 years.

Burkholder, a Ball State alumna, knows firsthand the effects Special Olympics Indiana can have on kids. Her son has been involved in Fort Wayne athletics for 11 years, with his favorite sports being bowling and track and field.

“With my son being an athlete, it's a great way to give back to the organization that has given back to so many athlete's families,” Burkholder said.

Burkholder's family is just one of over 12,000 families that get supported in Indiana every year, according to soindiana.org.

A two-time polar plunger, Burkholder is looking forward to coming back to campus next year.

“If you missed it this year come out next year,” Burkholder said. “We're going to be back on the Ball State campus. We want to make it even bigger and better and show everyone across the state how Cardinals do it right.”

Spring-like temps on the way