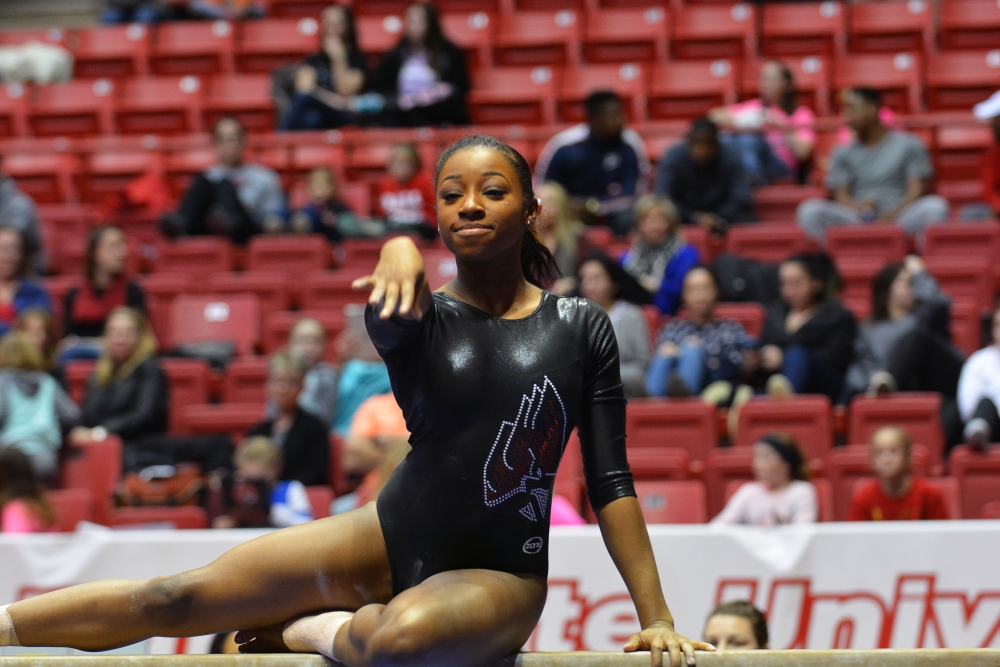 Ball State gymnastics had six members of the team travel to Iowa City, Iowa, for the NCAA regionals on April 1.

Originally, there were supposed to be four gymnasts competing individually with two alternates. On Friday, junior Kayla Beckler received word she had moved from an alternate to competing on bars at the championship. Senior Erin Patchey served as an alternate.

While none of the Cardinals qualified for national competition, head coach Joanna Saleem was proud of what her team accomplished throughout the season.

“I am really proud of these young ladies who competed tonight,” Saleem said in a statement. “I couldn’t have asked for better performances. We had nine out of nine routines hit and perform well under immense pressure.”

The pressure didn’t appear to be a problem for the gymnasts, as they scored against arguably some of the best gymnastics teams in the country.

Teams at the regional included No. 1 Oklahoma, No. 12 Nebraska, No. 13 Arkansas and Iowa. There was also familiar Mid-American Conference competition with teams like Kent State, Central Michigan and individuals from Western Michigan.

“It is such a different environment competing with teams in and out of our conference,” Saleem said. “They represented Ball State and composed themselves with confidence throughout the entire night. [Penny, Bell and Ebeyer] showed strong performances on their individual events. All in all, they closed the season out with a very rewarding outcome.”

Christian was the only senior who competed for Ball State and tied for third on the floor with a 9.850 and fourteenth on the vault with a 9.775.

“[Christian] had a great floor routine, with the second-highest score of the night, tying for third,” Saleem said.

Ebeyer also competed on the same two events, finishing with a 9.650 on the vault and 9.700 on the floor. Both put her in 27th place overall.

Bell finished in the top 10 with her ninth-place finish on the beam, her only event of the night, with a 9.850.

Beckler competed solely on the bars finishing in 31st with her 9.725.