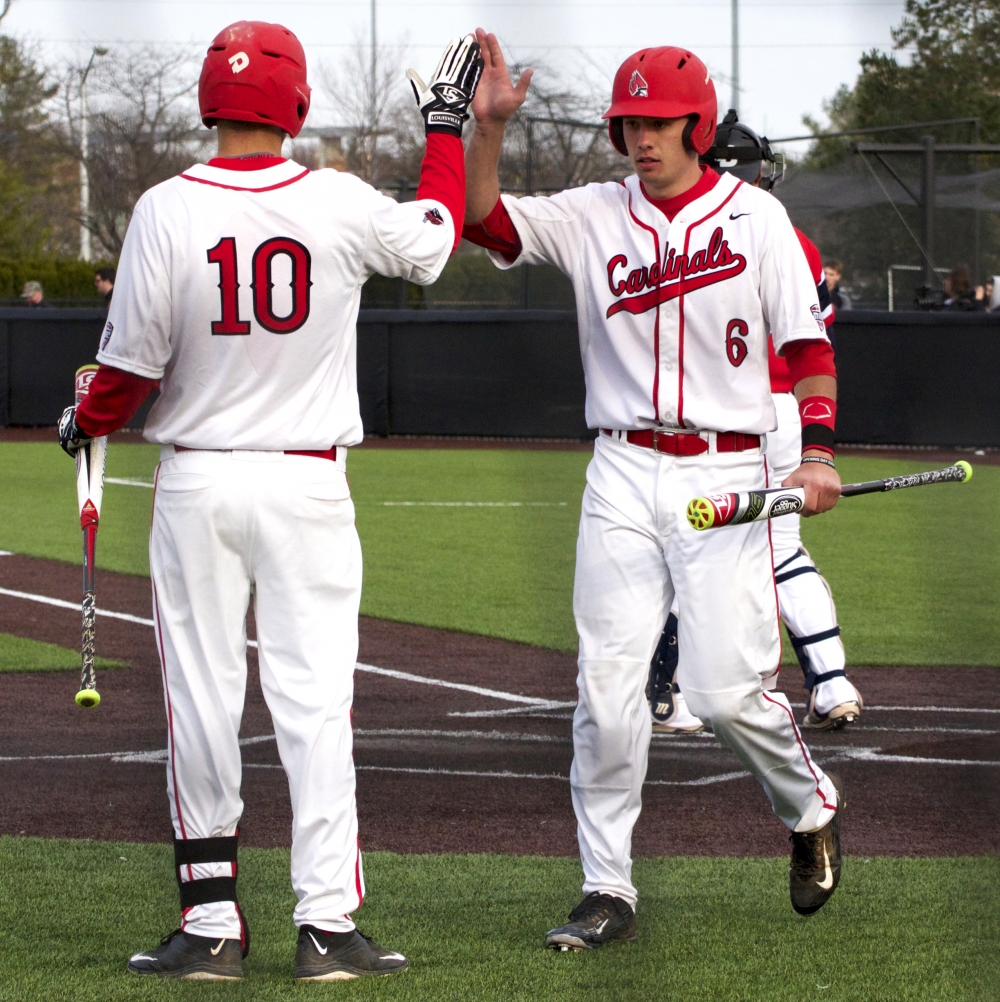 "They won this game," he said. "They deserved to win it because they made a few more plays. We had opportunities and didn't get it done."

In the top of the 10th, sophomore right-handed pitcher Colin Brockhouse was on the mound with the game tied 6-6. After a pair of singles, Ohio senior catcher Cody Gaertner stepped up to the plate.

Gaertner bunted the ball right back to Brockhouse, who rifled the ball to third base. The throw, however, sailed wide, allowing Bobcat junior second baseman Ty Black to score the go-ahead run from second base.

Ohio scored five more runs in the rally before Ball State batters went down 1-2-3 in the bottom half of the inning. Brockhouse (3-3, 3.34 ERA) was credited with the loss.

The Cardinals trailed 6-3 in the bottom of the seventh inning. Junior right fielder Alex Call led off the inning with a single, and junior first baseman followed with a walk.

Junior shortstop Alex Maloney then smacked a 2-2 pitch toward left field. Fans rose to their feet in anticipation of a home run, but the strong winds, which were blowing out to right field, kept the ball in the park.

The ball hit the fence on the fly, and Alex Maloney pulled up at second base with a two RBI stand-up double to cut the gap 6-5.

Ball State scored the tying run in the eighth on an RBI single from Call. Call and Alex Maloney were both 3-4 in the game, and Call raised his average to .408 on the season.

Rich was quick to point out that the loss was just one game in a three-game set.