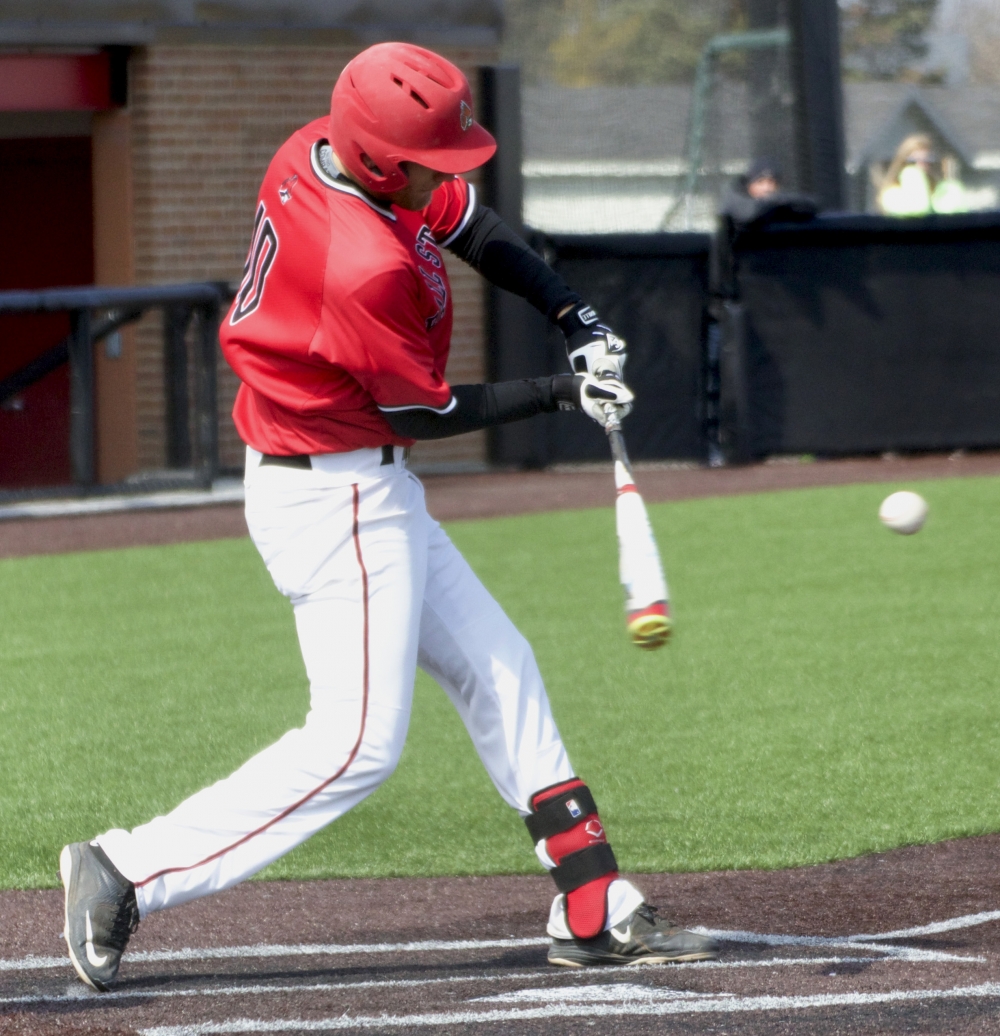 Stayton stepped into the box in the bottom of the seventh with the bases loaded, one out and the Cardinals already holding a 7-2 lead.

Bobcat senior centerfielder Manny De Jesus drifted back to the warning track, but the ball cleared the 395-foot marker painted on the fence. Stayton’s sixth home run of the year gave Ball State an 11-2 lead.

Stayton said the Cardinals’ batters fed off of one others' momentum.

“It gives all of the hitters confidence to see other people barreling it up,” he said. “I think once somebody gets hot, everybody gets hot.”

As a team, Ball State was 20-45 at the plate with four home runs, six doubles and 12 walks. Head coach Rich Maloney said the performance showcased the Cardinals' potential.

“We feel like we’ve got a potent lineup that’s starting to show itself,” he said. “We just really haven’t put it all together like we did today.”

Senior designated hitter Scott Tyler kicked off the six-run fifth inning with his first home run of the season.

In the bottom of the sixth inning, junior right fielder Alex Call hit a 3-run home run, his fourth home run of the season. He was immediately followed by junior shortstop Alex Maloney, who added another home run.

Sophomore pitcher Brendan Burns (4-1, 2.70 ERA) was credited with the win after allowing two runs (one earned) in five innings while striking out six, allowing three hits and walking five.

Rich said the best part of the win was jumping out to an early 6-1 lead after four innings. He said it put the game out of reach for the Bobcats.

In its next game, Ball State will host Xavier at 3 p.m. April 5 in non-conference action.