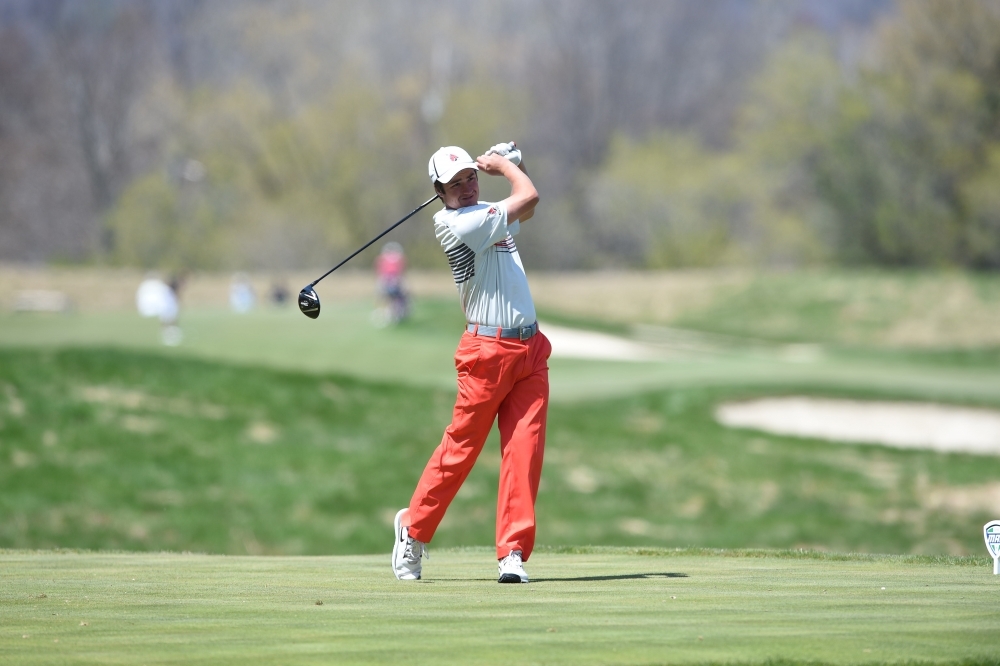 Ball State men’s golf finished tied for seventh in the Mason Rudolph Invitational this weekend with a final score of 884.

The team moved up four spots in the final round by shooting an even-par 284, the third-best team score of the day.

Sophomore Michael VanDeventer led the team with a 2-under-par 69 in the final round. The Cardinals also counted a 71 from sophomore Johnny Watts. Senior James Blackwell and freshman Timothy Wiseman both scored 1-over-par with 72.

Head coach Mike Fleck was positive about the results of the tournament, which boasted seven teams ranked in the top 50 in Golfweek's most recent rankings. Ball State finished ahead of two of those teams, No. 33 SMU and No. 49 Liberty.

Fleck said he believes it is important to schedule a good mix of tougher tournaments and tournaments that may give the team a better opportunity to win. It gives the team the confidence to know they can finish well, but also gives them a good gauge of how they need to improve to compete with the best in the country, he said.

Vanderbilt, the host of the tournament and Golfweek's fifth-ranked team, won with a three-day score of 847. Florida freshman Sam Horsfield shot 7 under par to claim the individual title.

Watts led the Cardinals for the second week in a row, finishing tied for 24th.

The Cardinals' next appearance will be April 9-10 at the Hoosier Collegiate at Otter Creek Golf Club in Columbus, Ind.