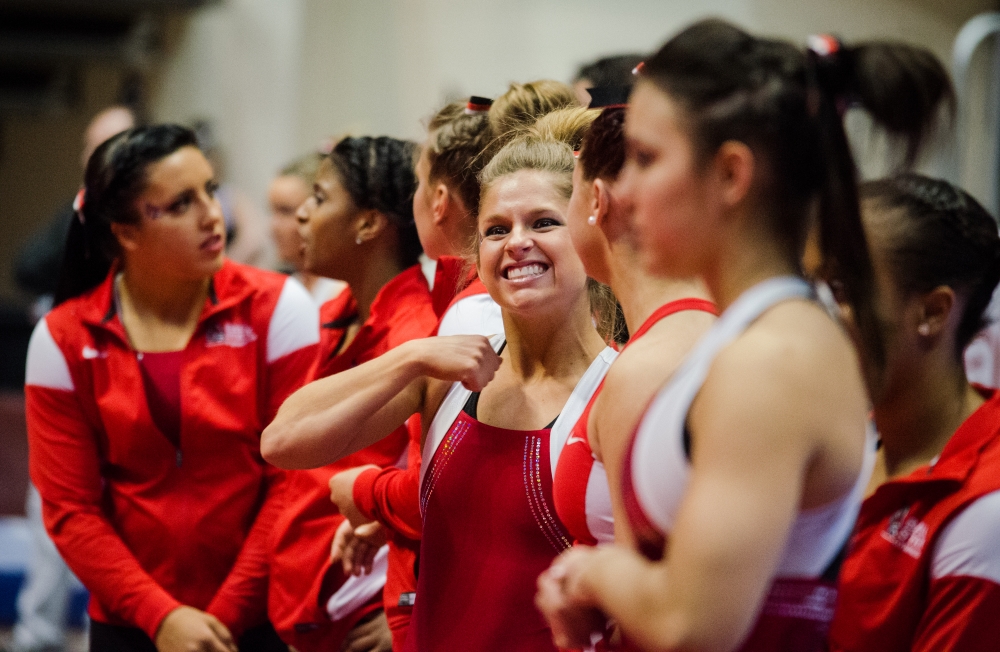 The five gymnasts who will be competing at the University of Iowa on April 2 include: senior Denasiha Christian, juniors Sarah Ebeyer and Kayla Beckler, as well as sophomores Baylee Bell and Jordyn Penny.

Throughout the 2016 regular season, each one of the Cardinals' qualifiers competed in at least two of the team's events at each meet.

As a team, the Cardinals broke the school record in the Mid-American Conference Championships with a score of 195.650. At Regional's, these five gymnasts will compete individually.

Christian has competed in every meet this season on the vault, balance beam and floor exercise. While she has had individual success since arriving on campus in 2013, this season has seen her set two career highs on both vault (9.975) and balance beam (9.675).

For the third consecutive year, Christian was named MAC Floor Champion, boasting a 9.950 in the Championships. In 2016, she was also named the MAC Vault Champion and earned her second career All-Tournament Team in the MAC.

She will compete in both vault and floor exercises against familiar MAC competitors from Kent State, Central Michigan and Western Michigan.

Ebeyer has competed in vault and floor exercise every meet this season, as well as balance beam three times.

Against Northern Illinois this season, Ebeyer boasted a career-best 9.875 on vault and had a top-10 9.775 performance in the same exercise at the MAC Championships.

In three of her past four meets, she has also matched her career best on floor exercise with a 9.850. She will be competing alongside Christian in both vault and floor exercise in the upcoming regional competition.

Penny competed as an all-around gymnast this season and set career highs in vault (9.800), uneven bars (9.900) and balance beam (9.775) this season alone. Along with that, as a freshman, she earned a 9.725 career high on the floor against two opponents.

She finished her season with scores of 9.700 or above in the MAC Championships and finished in fourth place overall, with a score of 9.850 in the uneven bars, which is statistically her best event.

Penny will have a chance to compete on the uneven bars at the MAC Championship, as well a serve as an alternate on both vault and balance beam.

Bell is one of two sophomores who will compete at the regional competition. While her roster position is on both balance beam and floor exercise, she has competed solely on balance beam in her two seasons.

As a freshman, Bell turned out a career high 9.825 performance on balance beam against Kent State. She then matched that performance at the MAC Championships, earning her 14th place overall at the meet and a spot in regional competition.

Beckler is another all-around gymnast on the Cardinals lineup. In her three years, she has competed in all four apparatuses, setting 9.850 career high performances in vault, balance beam and floor exercise.

At the MAC Championships, Beckler turned in a 9.750 performance on the uneven bars, which was good enough to place her at 13th in the event.