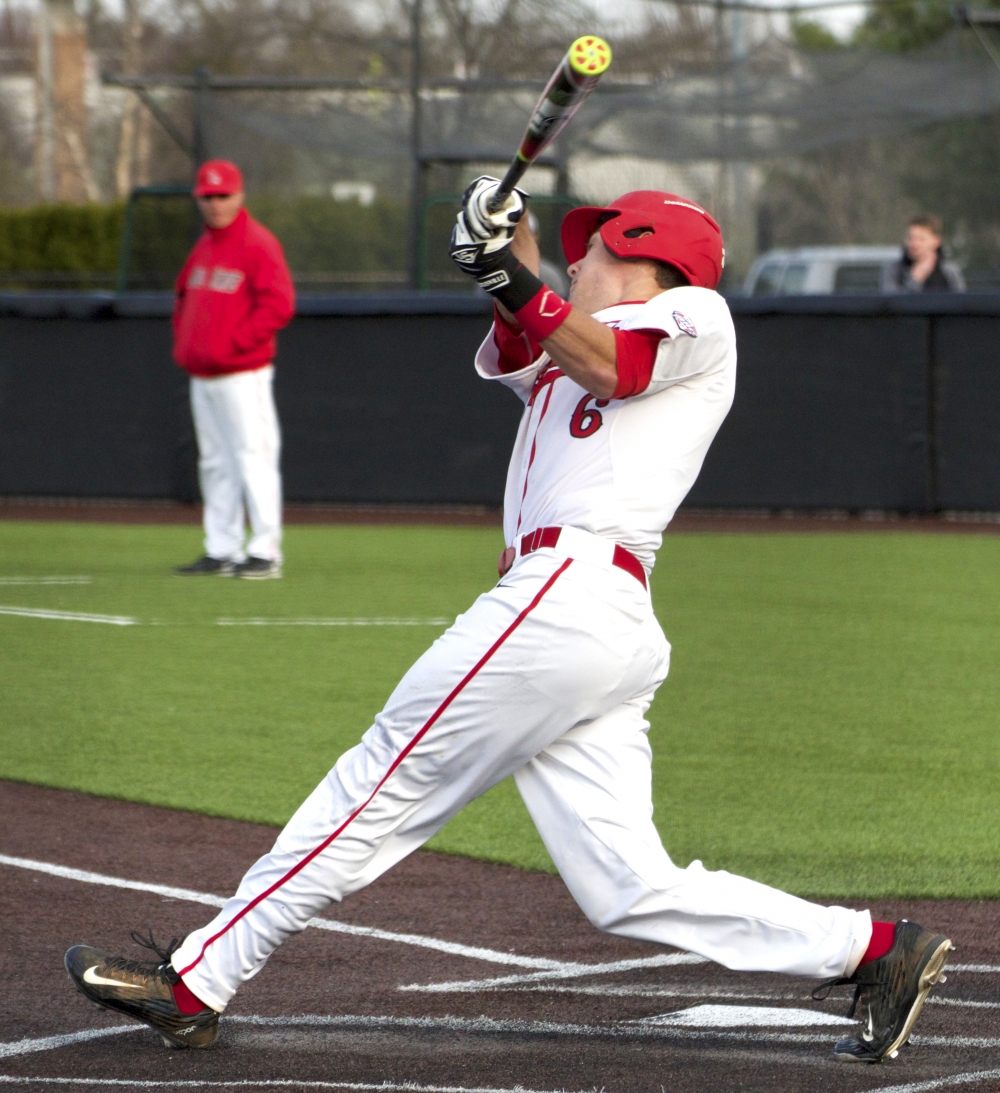 Ball State baseball (12-10) kicks off its Mid-American Conference schedule March 25 when it takes on the Miami Redhawks (8-10) in Oxford, Ohio.

“The 22 [non-conference] games are over,” he said. “They’re behind us, they’re done. … Now it’s a quest for who does the best over eight weekends.”

Redshirt junior left-handed pitcher Kevin Marnon (3-2, 3.52 ERA) said he expects to compete for the regular season title, but the real goal is to win the conference tournament and earn the automatic bid to the NCAA Regionals.

“You’ve gotta play your four or five best games of baseball [of] the entire season [in the tournament],” he said.

The Cardinals played their first 17 games of the season away from Muncie, including five games against three teams ranked in the top 25 of the USA Today coaches poll — No. 3 Oregon State, No. 9 Mississippi and No. 13 Louisiana State.

On March 11, Ball State beat LSU in Baton Rouge, La., 7-1. Marnon earned the win and said beating LSU as well as losing to Oregon State by only one in its first game of the season is part of the reason why the Cardinals are confident they’ll win the MAC.

“It just proves we can play against any team in the country,” he said. “The difference between them and us isn’t a whole lot.”

Ball State has won four of its last five games, including a come-from-behind 9-8 victory against Purdue on March 22.

The Cardinals fell behind 7-0 after the second inning, but scored seven runs of their own in the bottom of the second and third innings to tie the game 7-7 before taking a 9-7 lead after four.

Marnon, who did not pitch in the game, said Ball State’s potent lineup keeps pressure off of the pitching staff.

“We know we’ve just gotta keep them in it,” he said. “First couple innings were rough, … but before you know it, we were winning.”

Junior first baseman Caleb Stayton is also on a streak — he has recorded a hit in 13 consecutive games. He’s second on the team with a .376 batting average and leads the Cardinals with 27 RBIs.

The series against Miami will pit Ball State against another potent offense — through 18 games, the Redhawks have hit .294 with 27 home runs and 121 runs (6.7 runs per game).

On the mound, however, the Cardinals appear to hold an advantage. Ball State’s staff ERA of 4.08 is a full 3 runs lower than Miami’s 7.12 staff ERA.

By Zach Carter / 6 hours ago

By Richard Kann / 17 hours ago