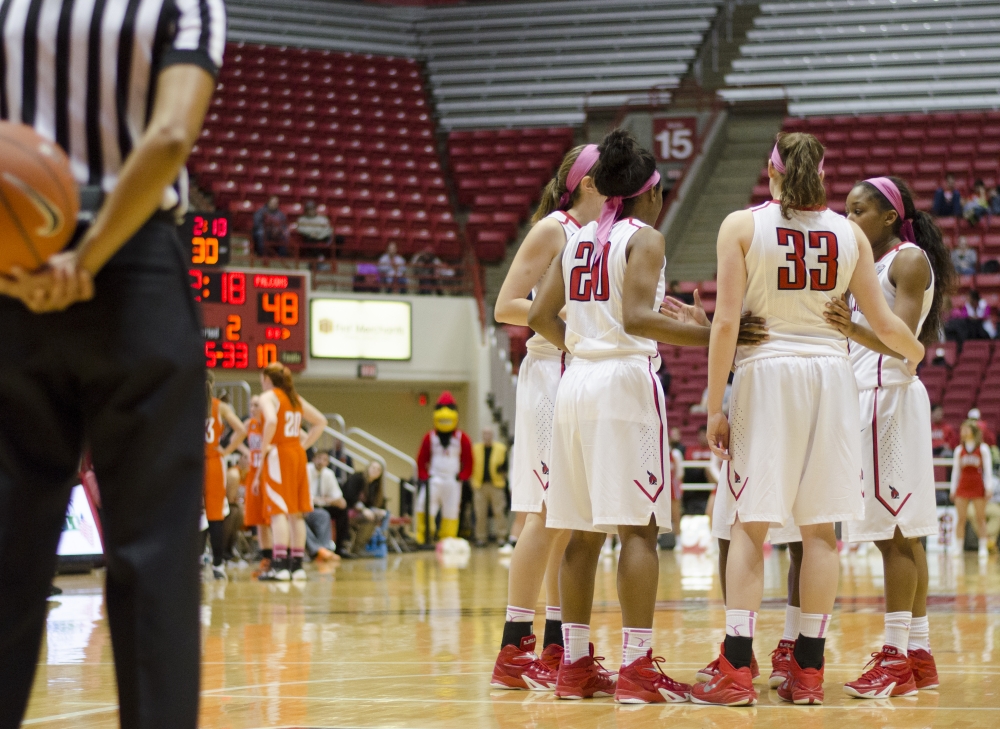 Members of the women's basketball team huddle up during the game against Bowling Green on Feb. 14 at Worthen Arena. DN PHOTO BREANNA DAUGHERTY

Ball State women's basketball travels to Eastern Michigan on Feb. 27, against an Eagles team that has won five straight games.

Eastern Michigan, 18-8 (9-6 Mid-American Conference), has since recovered from that game, winning six of its next nine and is currently competing for one of the top sports in the MAC.

Ball State, 18-8 (10-5 MAC), is now two games back of first place in the MAC West Division after its 1-point loss to division leader Central Michigan.

It will be a well balanced game as Eastern Michigan focuses its offensive attack while Ball State focuses on defense.

This will be the third to last game of the regular season for the Cardinals and their second to last away game. Tip-off is set for 2 p.m. in Ypsilanti, Mich.

Ball State’s athletic department is in an unusual place. On Aug. 8, the Mid-American Conference became the first Football Bowl Subdivision conference to postpone all fall sports amidst the COVID-19 pandemic.