Witmer makes jump from player to coach in 1 year 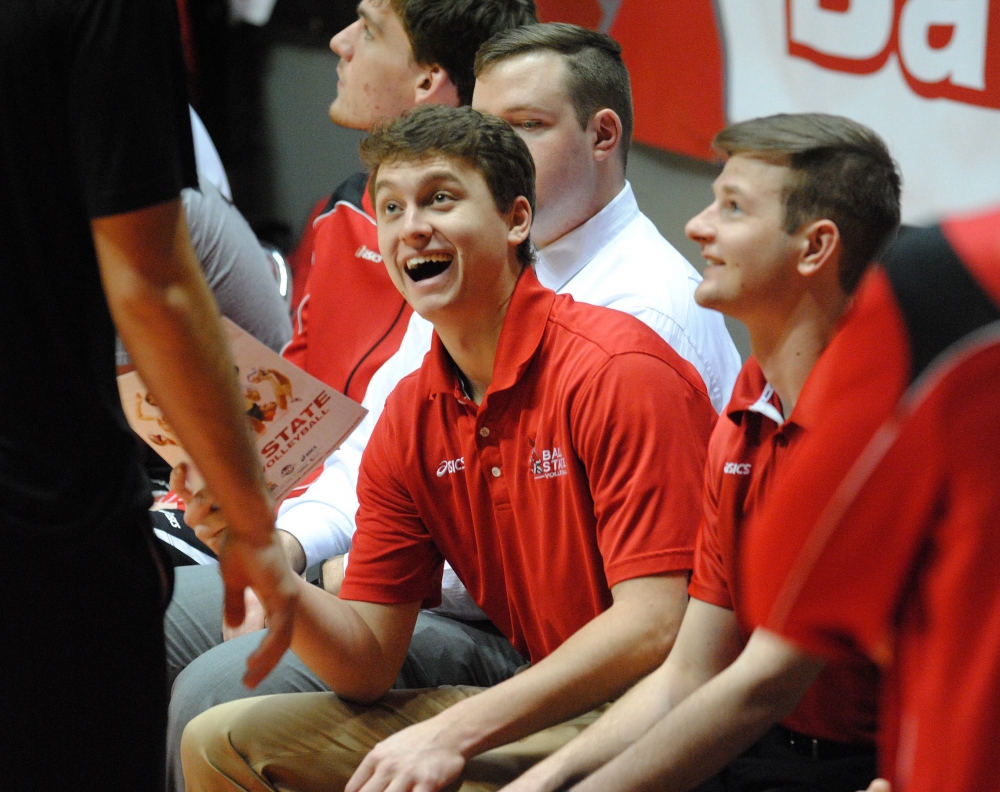 Shane Witmer laughs on the bench during a match this season. Witmer serves as a volunteer coach for the Ball State men's volleyball team after playing four years. DN PHOTO ALLISON COFFIN

Shane Witmer has always made his teammates laugh.

A jokester, he calls himself.

Witmer was a four-year starter for the Ball State men’s volleyball team. Just a year removed from graduation, he’s back on the court at Worthen Arena as a volunteer assistant coach for the Cardinals while working on his master’s degree in accounting.

As a player, Witmer always tried to keep the team loose on the floor. He’s just an easygoing guy, team members say.

Witmer has carried the same attitude into coaching. After all, he was good friends with a lot of the guys on the team. He even roomed with some of them.

One of the biggest differences for Witmer as a coach is trying to get the players to take him seriously, he said. The transition from starting outside attacker to assistant coach in less than a year has been hard for Witmer, but it’s one that he’s come to enjoy.

“I think a lot of the guys respect me because they know I want them to be really good this year and know I want them to get better,” Witmer said. “I think when I do [step in to help them], I think they really do listen. Even though maybe they’ll [laugh].”

Ball State had an average year during his freshman season, but Witmer helped elevate the Cardinals back into the national conversation over the next two years with a combined 43-14 record.

A lot of the players from those teams are gone, but Witmer serves as a bridge from one generation of players to the next.

“The progression has been pretty awesome,” he said. “We’ve had a bunch of really good players; a bunch of guys going over to play in Europe, so that’s cool. But I think it’s almost like a changing of the guard, so to speak.”

This year’s team is off to a 11-3 start. With only four seniors, it’s a fairly young team, so with success has come some growing pains.

“It’s hard to watch, especially because there’s a lot of young guys on the court right now that don’t have as much experience … So there’s obviously a bunch of me that wants to be out there to help them,” Witmer said.

A year ago, Witmer was ready to step away from the game for awhile. His shoulder was injured. His body was tired. He had finished his playing career at Ball State, and he was burned out.

But in his season exit interview, the coaches — who knew he would be back for grad school — asked him to serve as this year’s volunteer assistant. They knew he’d be busy with classes but having a familiar face around that could be an intermediary between the coaches and the players would be invaluable.

Witmer couldn’t turn down the opportunity. He knew he’d miss the game, and coaching has helped ease the process of letting go.

“One, it allows me to help the guys where I can. I think I’m knowledgeable and can help,” Witmer said. “Other times, it’s just nice to be around volleyball, too, because I miss it. I did it for four years. It’s hard, but at least I’m around it.”

Sitting on the bench with head coach Joel Walton and assistant coaches Kevin Furnish and Jim Palilonis is better than watching the game from the stands for Witmer, who has built good rapport with all three coaches.

He said it’s nice that the coaches trust him to step into match huddles and point out things he sees.

Witmer also knows that he can talk to the coaches about anything.

“[Palilonis] and Furn[ish] can come to me and ask me about anything,” he said. “We can go from talking about volleyball to talking about who knows what.”

Walton said sometimes Witmer is even more successful than the other coaches in getting the players to work on something.

“He is one of their comrades, so to speak," Walton said. "They seem to be a little more willing to listen to what he has to say because he was always someone that was respected, even if it was because there was a sense of humor and a sarcasm that [Witmer] had."

Witmer says he isn’t sure whether he will coach volleyball in the future. He’s in a one-year master’s program and has a job lined up in Indianapolis. Right now, it’s a one-year commitment, Witmer said. But it’s also something he’ll never rule out.

And if it is just a one-year gig, he’s got the perfect personality to help a young team break out of its shell.

Sitting on the bench between sophomores Matt Walsh and Mitch Weiler before the third set against Barton on Feb. 12, Witmer says something that makes both players crack a smile.

They may not be his teammates anymore, but Witmer is still making them laugh. 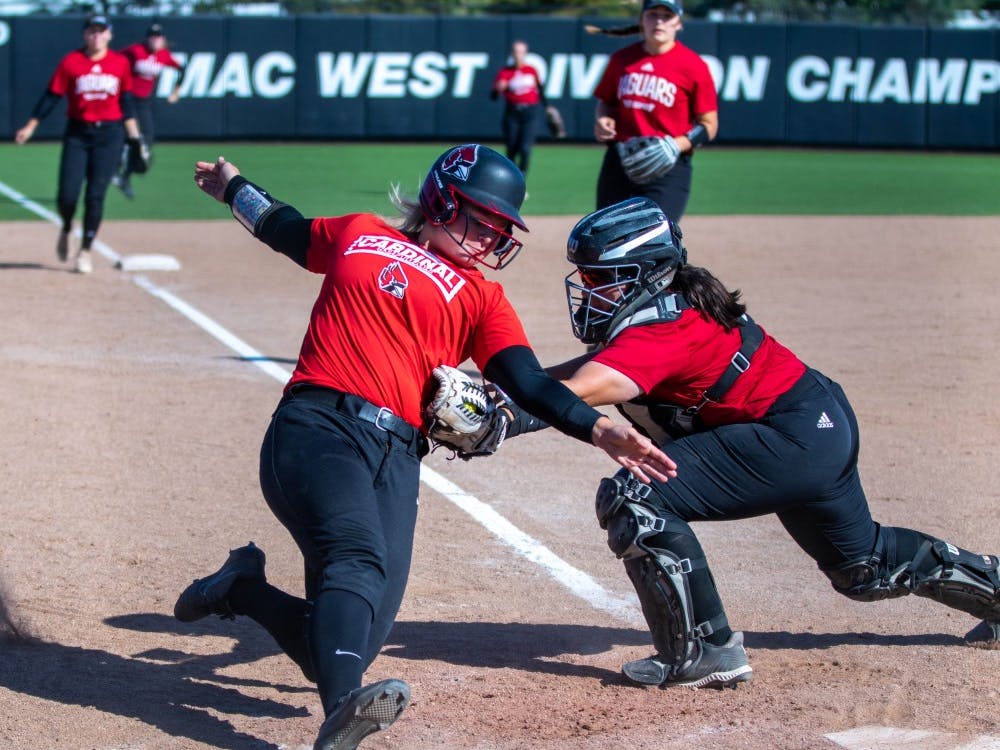