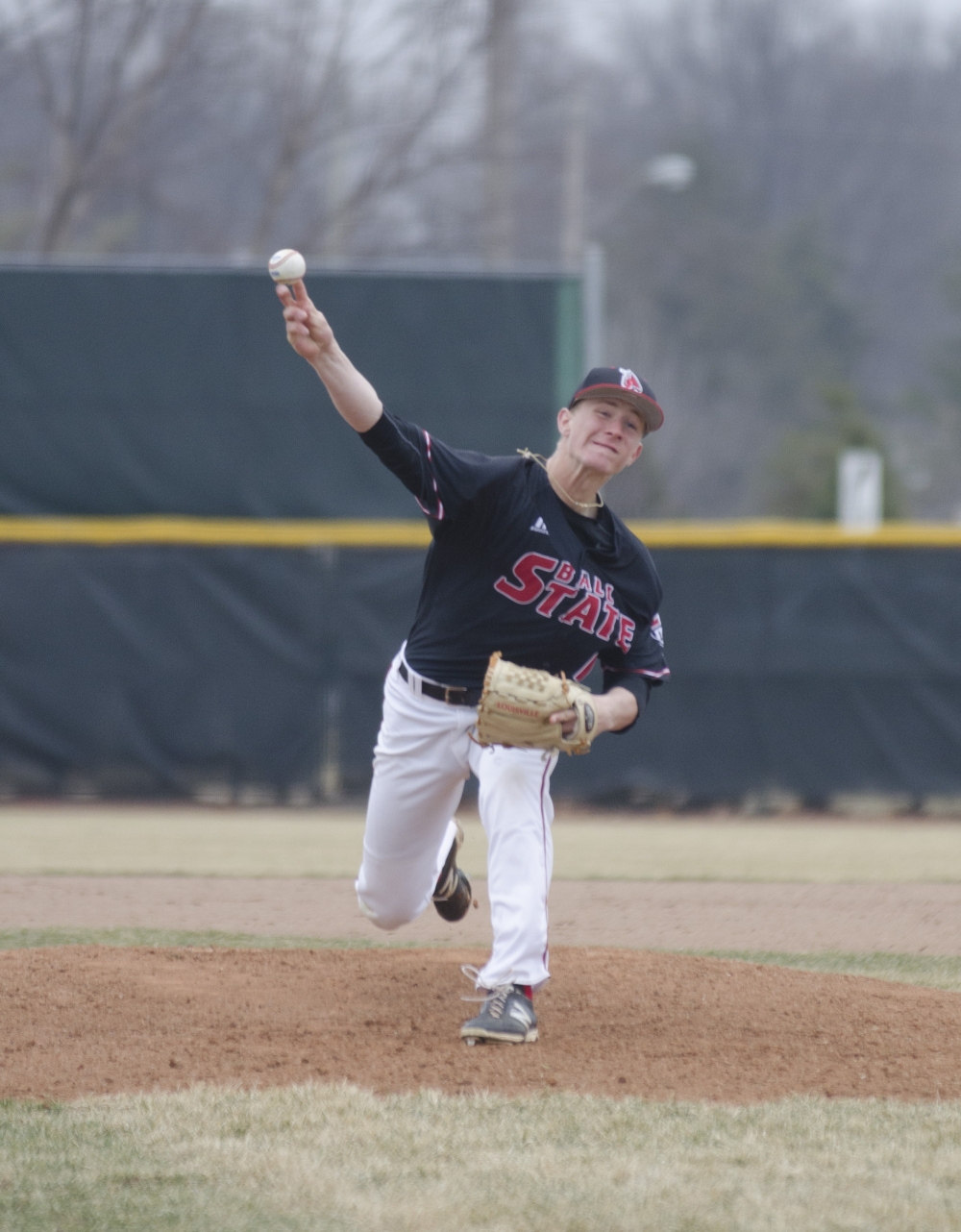 Zach Plesac pitches the ball in the game against Bowling Green on March 22 at Ball Diamond. Plesac was named the National Freshman Pitcher of the Year by the Collegiate Baseball Newspaper. DN FILE PHOTO BREANNA DAUGHERTY

"We decided that since we weren't on the schedule for the next two years, ... let's meet somewhere, let's play," Maloney said.

Kent State leads the all-time series 62-53 and has won three of the last four matchups. The Cardinals are 7-5 against the Golden Flashes since Maloney returned to Ball State in 2013. In his first stint with the Cardinals from 1996-2002, the two programs split the series 12-12.

Maloney said he expects both teams to contend for the conference title.

"For our kids, it'll be a big game because it's just a rivalry game," he said. "It's two teams and we know we have to go through each other to get to the NCAA tournament."

Ball State heads to Florida after going 1-3 in its opening weekend in Surprise, Ariz. Maloney said the Cardinals need to limit their opponents’ rallies in order to post a better record in Winter Haven.

“You can’t have multiple mistakes in the same inning,” he said. “Easier said than done, but you can’t let it snowball. … That’s the secret to staying out of the big inning. The big innings happen because of freebies, not just because of hitting.”

In Ball State's losses, including a 7-6 loss to Oregon State (2-1), the National Collegiate Baseball Writers’ Association’s No. 5 team in the country, it allowed its opponents to score three or more runs in an inning five times.

“Sometimes you’ll look at averages and you’ll say, 'This guy wasn’t hitting good,' and that’s not always true,” he said. “For example, we had a few guys that hit the ball pretty good and they got nothing to show for it. So you don’t change that, you don’t panic. Guys hit the ball hard and you win, that’s the deal.”

It took 26 years until Ball State Women’s Volleyball (30-3, 17-1 MAC) recorded another victory in the NCAA tournament, as the Cardinals ended their drought with a five set victory against the University of Michigan (18-12, 11-9 BIG10) Dec. 3 in Lousiville, Ky.