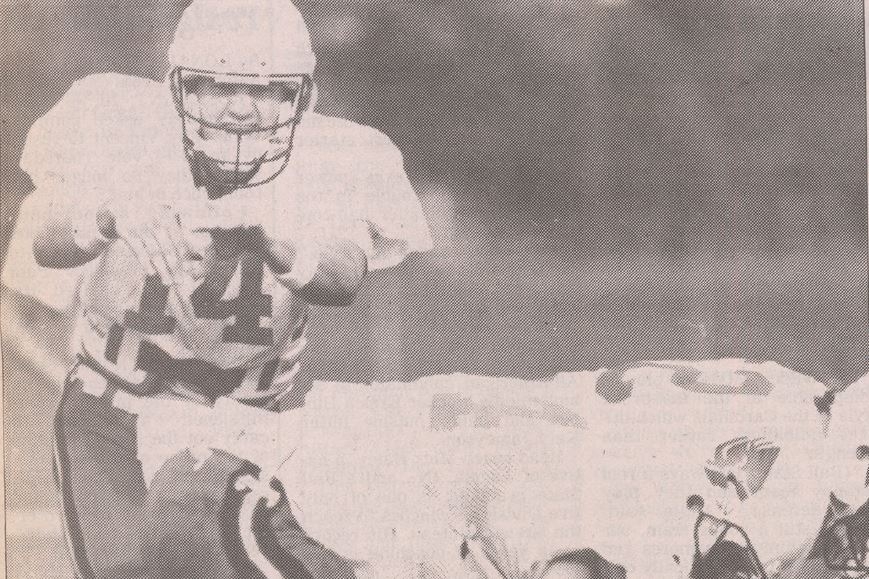 Excitement surrounding Ball State football has slowed down over the past few seasons, but with more than seven months before the 2016 season, the team has acquired a new head coach, bringing the excitement to an all-time high.

Out of the more than 50 potential candidates who reached out for the position, former Ball State Hall of Fame quarterback Mike Neu was selected.

During Neu’s first press conference, Ferguson spoke about how the search for a football coach brings the campus and community together in “Cardinal Pride.”

This pride was seen across the social media realm as fans engaged in the search process for a new head coach and celebrated the selection with hashtags using the "Neu" pun. This included Ferguson taking credit for the #NeuEra, although he immediately recanted his statement saying, “I know that’s not true.”

“When you have the opportunity to bring an alum back who loves this campus as much as we do who are here every day. An alum who wants to come back and be a partner and move our institution forward,” Ferguson said.

Over the past two seasons, the Ball State football team has gone 8-16 with zero bowl game appearances, slowing down the excitement from fans and students alike.

During the press conference, Ferguson took his energy away from the audience to speak to Neu.

“That’s why the energy is so high, because there is that wonderful synergy in, 'Let’s do something great,' and that is what Ball State is all about,” Ferguson said.

Neu is not a newcomer to high energy on the football field. Prior to his 15-year coaching career, he started 38 of 41 games for the Cardinals in his undergraduate career.

The impact that Mike Neu left on Ball State as a quarterback lies in the team’s record books. One glance through is all it will take to see his rankings as one of the best signal-callers to take the field in a Cardinal uniform.

His on-field success and history with the program was one of the factors that separated Neu from the rest of the candidates in the pool.

“Many of you who know him from his days playing, his hall of fame status that he was. … You knew that that connection and that match were just right,” Ferguson said.

As Neu drove on campus to attend his introductory press conference, the nostalgia of his undergraduate days spun through his head.

“The opportunity to be back home, I can’t tell you how exciting that is for me,” Neu said. “This place is special to me.”

While Neu had countless moments wearing number 14, one he couldn’t forget is his Mid-American Conference Championship victory over Kent State during his senior season.

On Nov. 20, 1993, Ball State entered Scheumann Stadium on a three-game win-streak as the seniors prepared to play their final home game as Cardinals.

With the MAC championship title hanging in the balance, Ball State came out with a 28-3 victory over the Golden Eagles. As the team celebrated its victory, senior quarterback Mike Neu held up head coach Paul Schudel as he showed the MAC Championship plaque to the fans gathered at Scheumann stadium.

This was one of the few impacts Neu left as a Cardinal. Below is a timeline of his most historic events as Ball State’s starting quarterback.