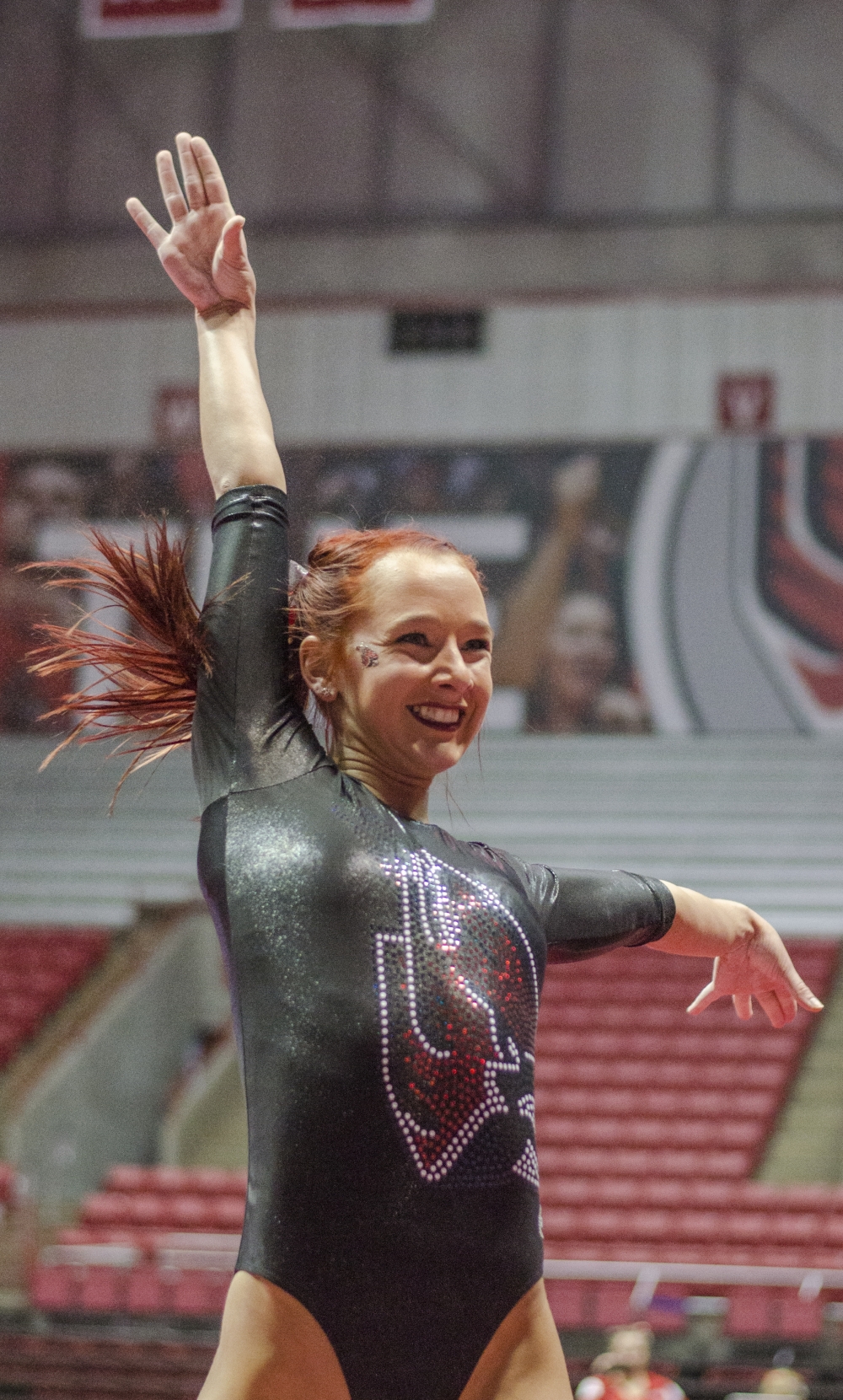 Junior Shelby Arms strikes a pose during her floor routine during the meet against Eastern Michigan and Illinois State on Jan. 24 in Worthen Arena. DN PHOTO BREANNA DAUGHERTY

The Ball State University women’s gymnastics team competed in its second tri-meet of the weekend against Eastern Michigan University and Illinois State on Jan. 24, at Worthen Arena.

“It’s always hard to go two meets back-to-back in one weekend,” head coach Joanna Saleem said in a statement. “I think we saw a little bit of that strain today. The team wasn't quite as sharp as we looked last weekend at home.”

Ball State started off on vault, scoring a 48.200 overall. Senior Denasiha Christian was last week’s Mid-American Conference gymnast of the week and scored a 9.800 to take second place overall. Rachel Slocum of Eastern Michigan took the top spot with a 9.9.

Junior Shelby Arms finished in fourth place with a 9.750, and junior Jala Washington scored a 9.700, good for sixth place.

The Cardinals then moved onto the uneven bars, where they scored a total of 47.675. Both senior Angela Durkac and junior Kayla Beckler finished with a mark of 9.725, coming in a five-way tie for sixth place. Senior Katie Honarmand finished with a 9.675 on the event.

Two events remained for the Cardinals, and they picked up momentum on the balance beam. Freshman Sydney Finke scored a 9.750, finishing in seventh place.

Sophomore Jordyn Penny, Beckler and Christian tied for eighth place, along with Illinois State’s Demi Pas. The four gymnasts scored 9.725, giving Ball State a combined score of 48.050, advancing them into second place (143.925), after the third event.

The fourth and final event for the Cardinals was the floor exercise. Christian tied for first place with Eastern Michigan’s Rachel Slocum with a mark of 9.850. Junior Sarah Ebeyer followed in third with 9.800, ahead of her sister Kimberly Ebeyer of Eastern Michigan, who finished with a 9.775.

The Ball State Cardinals will go on the road to face off against Central Michigan at 1 p.m. Jan. 31.