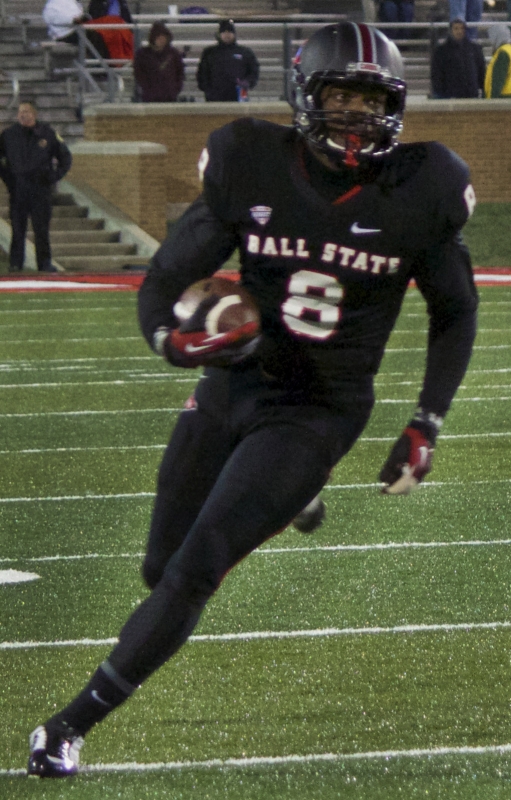 The game gives NFL prospects an opportunity to showcase their skills to NFL scouts. Last season, there were nearly 200 NFL scouts, player personal staff, general managers and head coaches who attended practices and games while conducting interviews during the week of events.

The NFLPA is the primary resource for the business side of football. The Collegiate Bowl serves as an introduction to professional football. For an entire week, participants will experience how to succeed in the NFL and in their post-football careers.

Former Cardinal and current New Orleans Saints wide receiver Willie Snead is confident in Williams ability to move to the next level.

"He’s a big guy, he’s fast, he’s athletic. He’s one of the top receivers coming out this season," Snead said. "He’s basically setting himself up for success, being a draft pick, and maybe making somebodies roster and contributing to somebodies teams."

Williams accepted his invitation to play after closing out his fourth and final season as a Ball State Cardinal, after the team finished 3-9 this season.

He finished his career ranked fourth career all-time among Cardinals with 200 receptions and 2,723 receiving yards. He also finished third in touchdown catches with 24, just two behind Snead's record.

"Ever since he’s stepped up at Ball State he has always wanted to be that guy, like he is now. He’s been doing a great job," Snead said.

During his senior season, Williams cumulated 920 receiving yards with 72 receptions and eight touchdowns.

During week four, Ball State took on the then-ranked No. 17 Northwestern Wildcats, where Williams caught eight passes for 133 yards and two touchdowns. This game was the first of three consecutive weeks where he caught for more than 100 yards per game.

Coverage of the fifth annual NFLPA Collegiate Bowl from California State University Dominguez Hills will be on ESPN2 on Jan. 23, with kickoff set for 6 p.m. Practices of the two teams will also be televised on Jan. 20 and 21 on ESPNU.