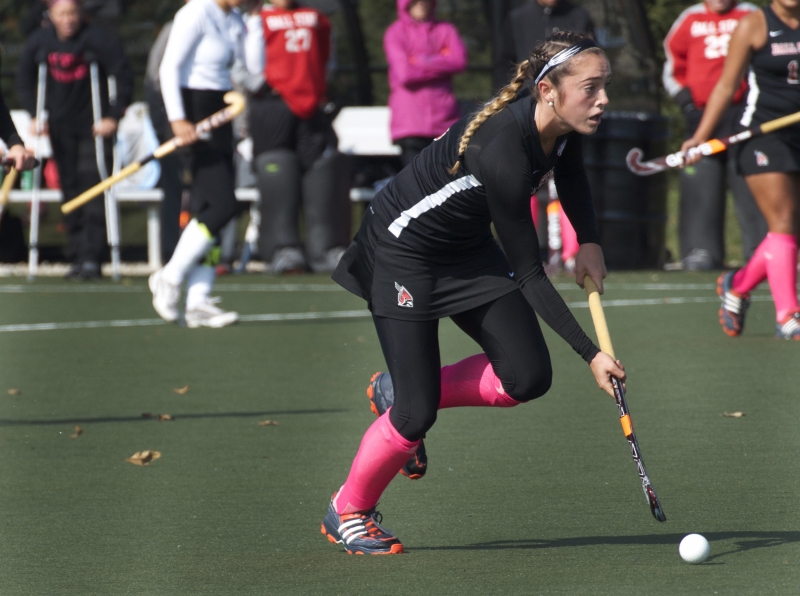 Ball State junior Lexi Kavanaugh was named the Mid-American Conference Offensive Player of the Week. She leads the team in number of goals this season with five. DN FILE PHOTO MARCEY BURTON

Kavanaugh’s performance in the past three games has been crucial for the Cardinals' offensive attack. She scored four of the team’s six goals this week, as Ball State took on Northwestern, Ohio State and Appalachian State.

After recording an assist against Northwestern, Kavanaugh scored two goals in the each of the next two games.

The Cardinals recorded their first win of the season against Appalachian State.

Kavanaugh was the 2013 MAC Freshman of the Year, and became Ball State's leading scorer in 2014 with six goals.

In her first seven games this season, she already has five goals. She is the only player on the Cardinal roster to record more than one goal this season.

The Cardinals will return to action at 4 p.m. Sept. 18 as they travel to Bloomington to take on IU.