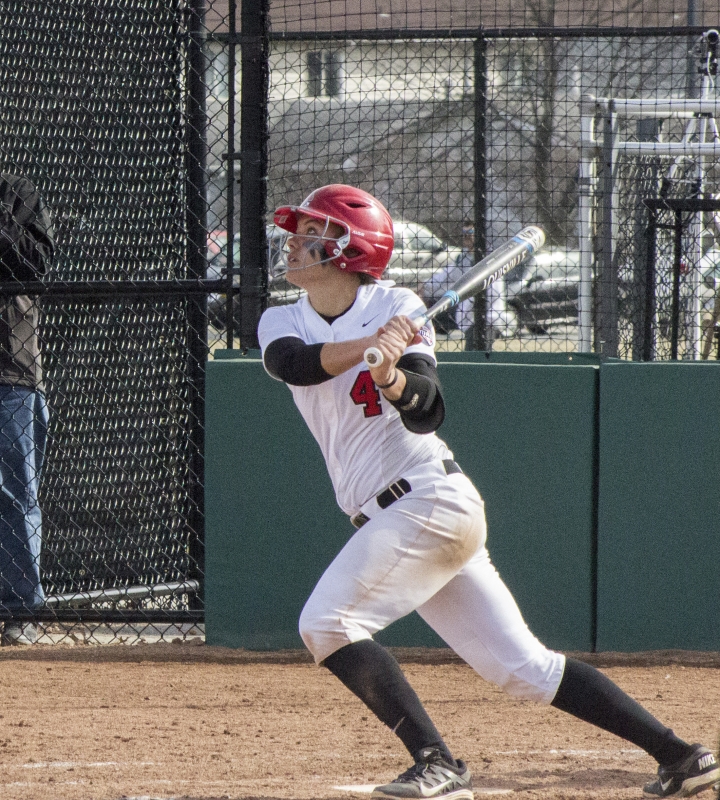 The Cardinals took the first game 13-3 and the second 18-3 to kick off the fall season.

In game one, the Cardinals trailed their NAIA counterpart 3-2 entering the bottom of the sixth. Senior third baseman Emily Dabkowski stepped into the box against Forester senior pitcher Kaylin Yon.

Huntington’s large contingent of fans let out a collective groan as Dabkowski pulled the ball over the left field fence to tie the game 3-3.

After a single and a walk, sophomore Kaitlyn Bath stepped in with runners on first and second and nobody out. She sent a ground ball into centerfield for the go-ahead RBI single. She ended up on second after the throw to third base.

A pair of sacrifice flies capped the four-run inning. Senior right-handed pitcher Nicole Steinbach dominated game one with seven strikeouts in four innings pitched and gave up just one run on four hits.

In a decision rarely seen outside of fall ball, however, the coaches agreed to allow play out the bottom of the seventh despite the Cardinals' victory.

With one out, Dabkowski took advantage of her extra at-bat by hitting a solo home run, her second of the game. The home run sparked a seven-run Cardinal rally that inflated the lead to 13-3.

Dabkowski went three-for-five with two home runs in game one. In the second contest, she added a pair of doubles as well as a hard-hit single in three at-bats.

Ball State picked up right where they left off in game two, scoring 14 runs in a first inning that included a three-run home run from junior utility player Rachel Houck and a bases-loaded triple by freshman Madeline Porter.

Porter also scored the go-ahead run in game one.

Ball State will look to build on its momentum when it takes on Indiana and Butler Sept. 20 in the State of Indiana Tournament in Westfield, Ind.

June 23, 2022, marks the 50th anniversary of Title IX, a federal civil rights law passed in the Education Amendments of 1972. Title IX prohibits sex-based discrimination in any school or educational program that is given funding by the government. In the world of athletics, Title IX helped give female athletes equal opportunity in all educational-based athletics.

SMEDLEY: The Indiana Pacers 2022 NBA Draft options and my predictions

The 2022 National Basketball Association (NBA) Draft is scheduled for Thursday, June 23 at 8 p.m. on ESPN. The Indiana Pacers are in a favorable spot heading into said draft and have multiple options as to what they can do on the night.