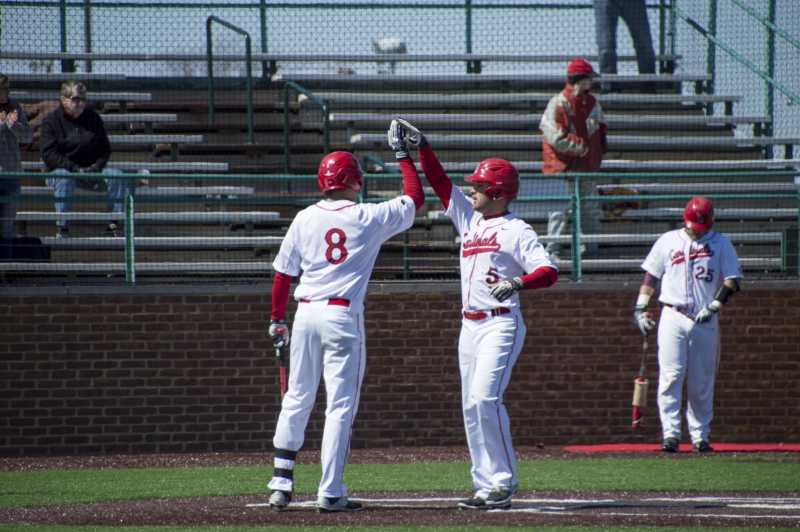 “We’ve got a lot of guys contributing which is nice," Ball State head coach Rich Maloney said. "Only [shortstop] Elbert Devarie is having a career season so far, which is good, because we are winning and most of our guys haven’t even peaked yet.”

Freshman Trevor Henderson started on the mound for the Cardinals, and struck out two in the first inning. Ball State gave Henderson an early lead on a two-run home run from catcher Jarret Rindfleisch.

Valparaiso retook the lead, scoring a run in the third and two in the fourth, but Ball State answered with three of its own in the bottom of the fourth courtesy of RBIs from Rindfleisch and second baseman Ryan Spaulding.

“I just try to keep track of quality at bats," Spaulding said. "It's always nice to have these kind of days. It's definitely nice to get your confidence going.”

The Cardinals added three more runs in the seventh, with Devarie and left fielder Scott Tyler picking up the RBIs.

After Valparaiso scored three in the eighth, Devarie, first baseman Alex Maloney and center fielder Matt Eppers added RBIs in the bottom of the inning to give Ball State the 13-4 win.

"We’ve produced a lot of runs [the last two games], which takes a lot of pressure off of the pitchers," Maloney said. "It was great coming off of a weekend where we needed to use a lot of pitchers ... if we had to use more pitchers today, we would have been in trouble.”

Brockhouse earned the victory, allowing one run on four hits in 4.1 innings.

With the win, the Cardinals improve to 19-8 on the season.