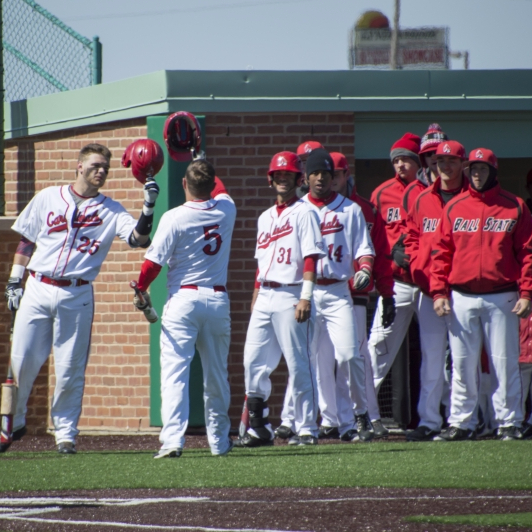 The Ball State baseball team sits at 24-15 overall and 9-6 in Mid-American Conference play with 14 games left in the season. The Cardinals are second in the MAC West Division, looking for their second straight regular season title.

"We have not been winning like we were," head coach Rich Maloney said. "But 24-14 is still a good record."

Ball State started the season with a 7-7 record in tournament play. The Cardinals then reeled off 10 straight wins from March 11 to 28 to put them at 17-7 overall.

Since then, Ball State has traded wins and losses for the most part.

Several players have stepped up to put the Cardinals where they are now.

"Elbert Devarie, Zach Plesac and Alex Call have really stepped up to help us this season," Maloney said.

Devarie and Call pace an offense that has a team average of .284. Ball State holds a close second behind Kent State's .286 average for the league lead.

Devarie leads the team with a .374 through 36 games. Call is second with a .358 batting average. The pair has combined to hit seven home runs and drive in 57 runs.

"Devarie has had a career season ... Alex Call has had a great season batting for us," Maloney said.

The Cardinals also rank at the top of the conference on the defensive side this season with a .976 fielding percentage. They have committed a MAC-low 47 errors.

"I think we lead the league in defense," Maloney stated. "Other than the last game with Eastern Michigan, we have been playing consistent defense. I knew we could do it but it is still a great accomplishment."

While the Cardinals are clicking at the plate and in the field, one area Maloney wants to sure up is pitching.

Plesac leads the staff with a 3-2 record and 2.86 earned run average in 69.1 innings pitched. He also leads the team in strikeouts and batting average against.

Senior Scott Baker, who finished last year with a 7-5 record and 4.04 ERA, is 2-5 this season with a 4.72 ERA. Ball State has also relied on several freshmen and sophomores to carry the back end of the staff.

The Cardinals will look to improve their work on the mound and turn it into a championship.

"Moving forward we need to figure out our pitching situation," Maloney said. "We have gotten some great efforts, but we still need to get some faster starts out of our guys."

By Indiana Capital Chronicle / 47 minutes ago