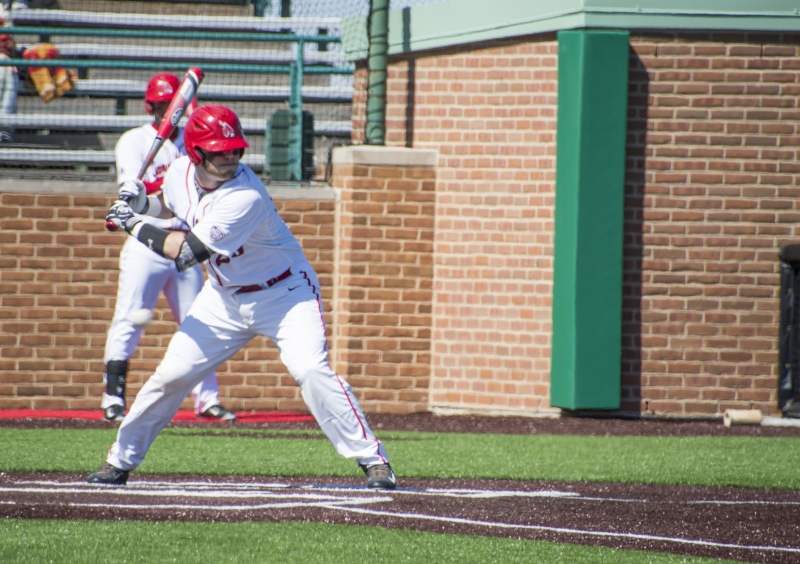 Indiana State recorded one more hit than Ball State, but scored nine more runs to beat the Cardinals 14-5 on their home field April 1.

Ball State racked up 11 hits against the Sycamores. Catcher Jarett Rindfleisch hit his second home run, going 2-3 at the plate. Sophomores Sean Kennedy and Matt Eppers, along with freshman Colin Brockhouse, all picked up two hits as well.

The Cardinals' success did not translate to the defensive side, however.

The Sycamores scored four runs in the second and third inning and put three runs on the board in the seventh and eighth.

Freshman Trevor Simon and junior Jordan Deal also pitched in relief. Three of the team's five pitchers in the game were freshmen.

Head coach Rich Maloney said before the game they would "have a lot of guys pitch a little so [they could] rest up and be ready for Akron and this weekend."

With the loss, Ball State falls to 19-9 on the season. It will return to action with a three-game series against Mid-American Conference foe Akron beginning on April 3.

The Cardinals lead the MAC West Division with a 5-1 league record, while the Zips lead the East Division at 4-2.

By Indiana Capital Chronicle / 34 minutes ago