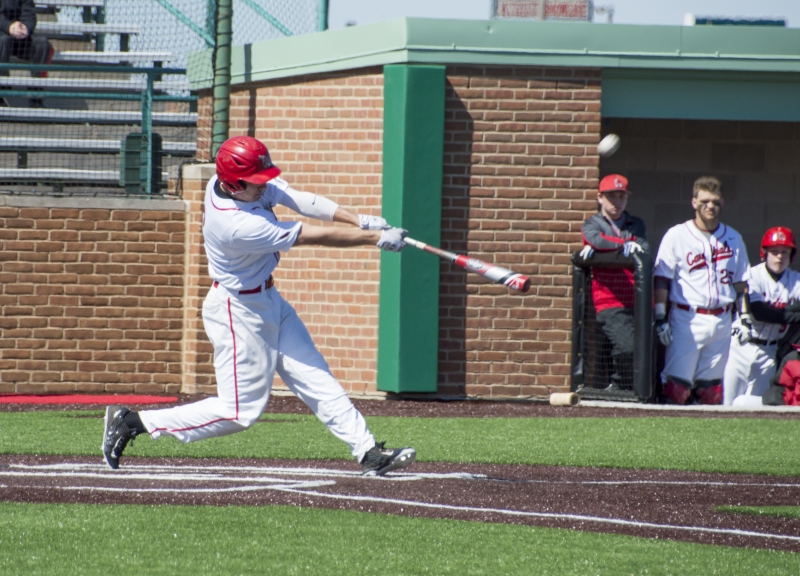 The Cardinals fell to 24-14 overall and 9-6 in Mid-American Conference play.

“This weekend was definitely a step back - we did not pitch and make plays on defense like we have in the past," head coach Rich Maloney said. "We had a rough doubleheader ... Friday we played outstanding on defense, we made plays and for some reason we could not do it yesterday.”

The teams combined for 25 hits, as the Cardinals outhit the Eagles 13-12. Leadoff hitter Alex Call led the way for Ball State, going 4-5 in the game with a run and an RBI.

Senior Elbert Devarie was 3-4 with an RBI and a run scored. Center fielder Matt Eppers added two hits for the Cardinals.

Like the first game, the Cardinals scored in the first inning to take an early lead. The Eagles responded, however, and won the game 9-8.

Both offenses carried momentum into the second game, as they combined for 27 hits.

“We did hit better this weekend but what we did not get were the hits that cleared the bases," Maloney said. "It is not so much getting a lot of hits but getting timely hits.”

Call recorded four more hits and an RBI to lead the way. Junior Ryan Spaulding, Devarie and Eppers each had two hits for the Cardinals.

Fifth-year senior Devin Wilburn finished the game on the mound.

Ball State remains in second place in the MAC West Division. The Cardinals will return to the field on April 22 on the road against Purdue.

“Beating a Big Ten team would definitely mean something, especially when there’s a rivalry involved like with Purdue," Maloney said. "It will be great to play in their stadium."

By Indiana Capital Chronicle / 38 minutes ago