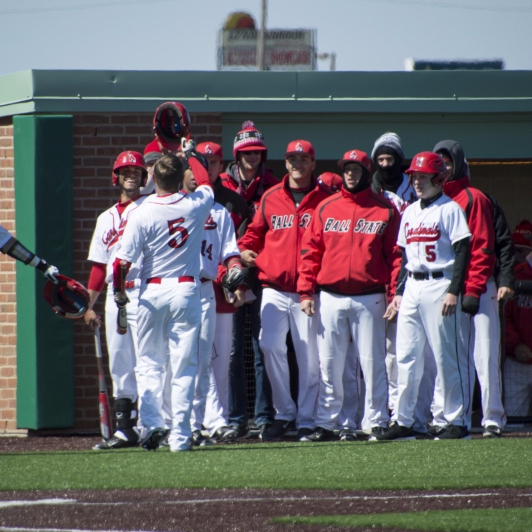 The Ball State baseball team scored a season-high 16 runs in a 16-8 victory over Buffalo in the rubber match of a three-game series at Ball Diamond.

Center fielder Matt Eppers got the Cardinals on the board first, with a two-RBI single in the second inning. Third baseman Sean Kennedy followed Eppers' hit with a single of his own, extending the lead to 4-0. After the Cardinals reloaded the bases, catcher Jarett Rindfleisch hit a grand slam. Rindfleisch knocked his first four-hit game of his career, finishing with two singles, a triple and a grand slam.

The Bulls scored two in the top of the third to cut the score to 8-2, but Cardinals' shortstop Alex Maloney answered with his second home run of the season in the bottom of the frame. Ball State added two more runs in the fourth, four in the sixth and one in the seventh.

With the win, the Cardinals improve to 18-8 on the season and 5-1 in the Mid-American Conference.