Matt McKinney is a senior journalism news major and writes ‘Binge Watcher’ for the Daily News. His views do not necessarily reflect those of the newspaper. Write to Matt at mdmckinney@bsu.edu. 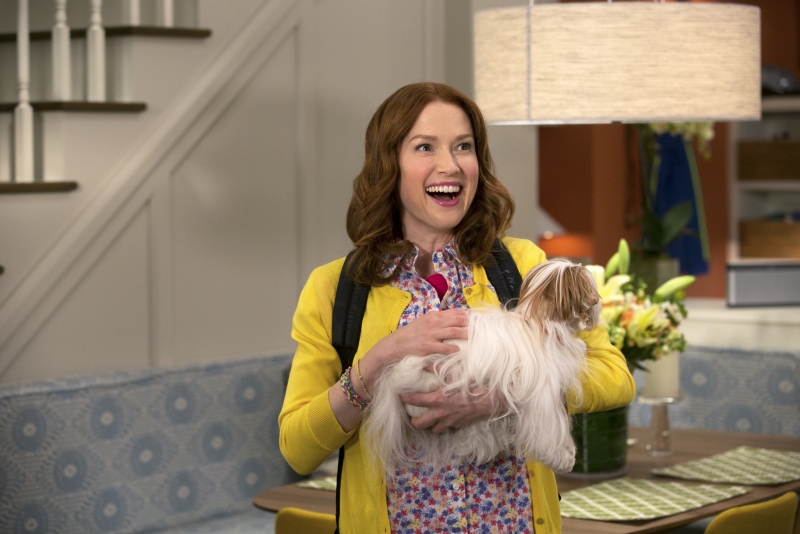 Remember that part of “Elf” when Buddy is discovering his way around New York City, waving at somebody trying to get a cab and congratulating the coffee shop on the “world’s best cup of coffee?”

It’s adorable and hilarious at the same time.

Netflix’s “Unbreakable Kimmy Schmidt” is like that, but an entire season’s worth.

Ellie Kemper (Kelly Erin Hannon on “The Office”) stars as Kimmy Schmidt, one of four women recently released from being kidnapped and held in a bunker in Indiana, where she’s been for 15 years.

Schmidt decides to put the past behind her and start a new life in New York City.

Schmidt is – as the title suggests – unflappable and cheery, even in the most difficult times of her post-bunker life.

She quickly finds a roommate and a friend in Titus Andromedon (played by Tituss Burgess).

Kemper and Burgess have great chemistry as Andromedon (and the audience) aches to know the details of Schmidt’s kidnapping and bunker ordeal. Schmidt routinely refuses to tell him, instead wanting to move on to her new life. The details slowly reveal themselves as the show continues.

Andromedon is a “star on the rise,” as he calls himself. He’s an actor/singer/entertainer who commonly struggles to find respectable work, but Schmidt’s determination rubs off on him as the season continues.

Something Hoosiers will appreciate is how often the show makes fun of Indiana.

When Andromedon believes somebody in the show is gay, Schmidt quickly refutes his claim.

“He’s not gay,” she says. “Gay hasn’t even gotten to Indiana yet. There have been rumors in Ohio.”

However, the absolute best aspect of “Unbreakable Kimmy Schmidt” is its tone. Even in its most serious moments, it never loses its playfulness. The tone is set in the very beginning of each show – with the best TV intro sequence of all time.

A clear parody of other viral auto-tuned news interviews like “Hide your kids, hide your wife,” “Dead giveaway” and “Ain’t nobody got time for that,” the intro song is as catchy as they come. I’ve routinely found myself quietly singing it to myself. “Uuuuuunbreakable …”

Writers and executive producers Tina Fey and Robert Carlock worked together on “Saturday Night Live” and “30 Rock,” and the SNL roots are very clear. A lot of the jokes, especially the more absurd or satirical, feel like they’ve been ripped directly out of a SNL episode.

The tone of "Unbreakable Kimmy Schmidt" is best exemplified in a hilarious scene where Andromedon wants to take $2 out of an ATM. He goes through his process to remember his pin – his grandmother’s birthday – out loud. “January 2nd, 1934,” he says, before entering 1-2-3-4. He commends himself afterward by saying, “Great pin, Titus.”

Andromedon then sees he will be charged $3 for taking the last $2 out of his account. After a little thought, he decides to go ahead with the transaction. Instead of denying him or spitting out his money, the machine spits out a “negative one dollar” bill.

The show is also full of made-up phrases that are sure to stick around for awhile, hopefully as the show continues for many seasons, such as “Troll the respawn, Jeremy” and “Hashbrown: No filter.”

The show was originally supposed to air on NBC, but the network was worried about when it was airing and not having a show to launch with it, according to a vulture.com article. Netflix swooped in and bought it from NBC, guaranteeing the show to stream for two seasons.

NBC executives must be kicking themselves for letting such a gold mine show fall out of its grasp.