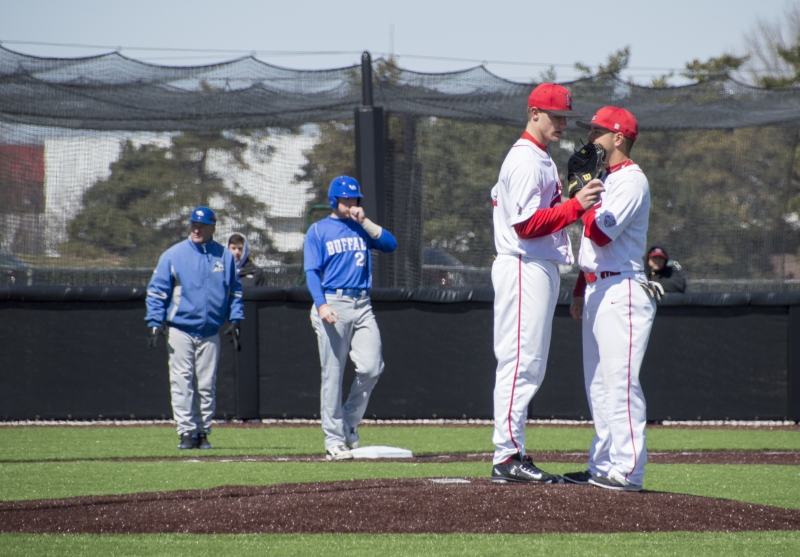 The Ball State baseball team lost its first Mid-American Conference game of the season but defeated Buffalo in two of three games to keep its conference lead.

After weather altered the weekend schedule, Ball State and Buffalo played a double header on March 28. The Bulls started off fast in game one, leading the Cardinals 2-0 after the first inning.

Ball State responded with three runs in the third to take the lead. After the teams went back and forth, the Cardinals ultimately won the game 6-4.

After a solid offense led the Cardinals to their 10th straight win, it failed to carry momentum into the second game of the day, as the Bulls earned a 14-1 victory.

Ball State topped the Bulls' offensive performance from the second game in the weekend's third contest, scoring 16 runs on 16 hits.

The Cardinals scored eight runs in the second inning and four runs in the sixth. Catcher Jarett Rindfleisch led the team, going 4-4 with four runs scored and five RBIs.

Nine batters had hits for Ball State, including Eppers with three and Devarie and designated hitter Alex Maloney with two.

Buffalo scored six runs in the seventh inning to pull closer, but could not catch Ball State The Bulls finished the game with 10 hits.

Ball State will look to start another streak when it takes on Valparaiso on March 31. Ball State’s next conference series will be against Akron beginning on April 3.