Young pitching staff gets opportunity to contribute early in season 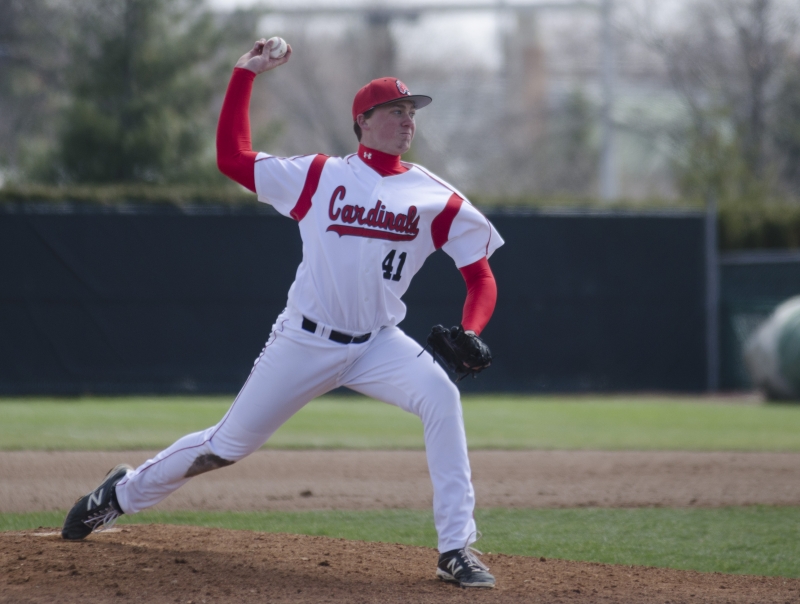 In Ball State’s first two games – an 11-7 loss to Kentucky and a 4-2 loss against UNC Wilmington – Plesac, the reigning Collegiate Baseball National Freshman Pitcher of the Year, and Baker, a former Mid-American Conference Pitcher of the Year, allowed eight earned runs in seven innings combined.

“If you would have told me that we were going to get [seven combined innings] from our two veteran pitchers, who are outstanding, I would have said there’s not even a chance,” head coach Richard Maloney said. “But that’s what happened. In the great game of baseball, you never know.”

With a 35-man roster featuring 25 underclassmen, Maloney said “the journey” is a work in progress.

“My whole motto has been, ‘It’s not where you start; it’s where you finish,’” he said. “That’s how we’ve approached this season from the beginning, and that’s how we’re going to continue.”

While winning as many games as possible remains the ultimate team goal, Maloney will use the early portion of the schedule to groom his young pitching staff and gain valuable experience for first-year players.

After falling behind 9-0, Ball State fought back, cutting the deficit to 10-7 with five runs in the bottom of the eighth. The comeback fell short, but Maloney said while there is never vindication in losing, it was encouraging to see the fight in his team.

“We battled back and made a real run at [Kentucky],” he said. "It was legit.”

“[Butler] was outstanding,” Maloney said. “He showed everything you need to see; … it was a stellar performance. Now the question is, can he develop a consistency?”

As Ball State prepares to compete in the Country Inn and Suites Elon Invitational from Feb. 20 to Feb. 22 in Elon, N.C., inclement weather remains a factor, according to weather.gov.