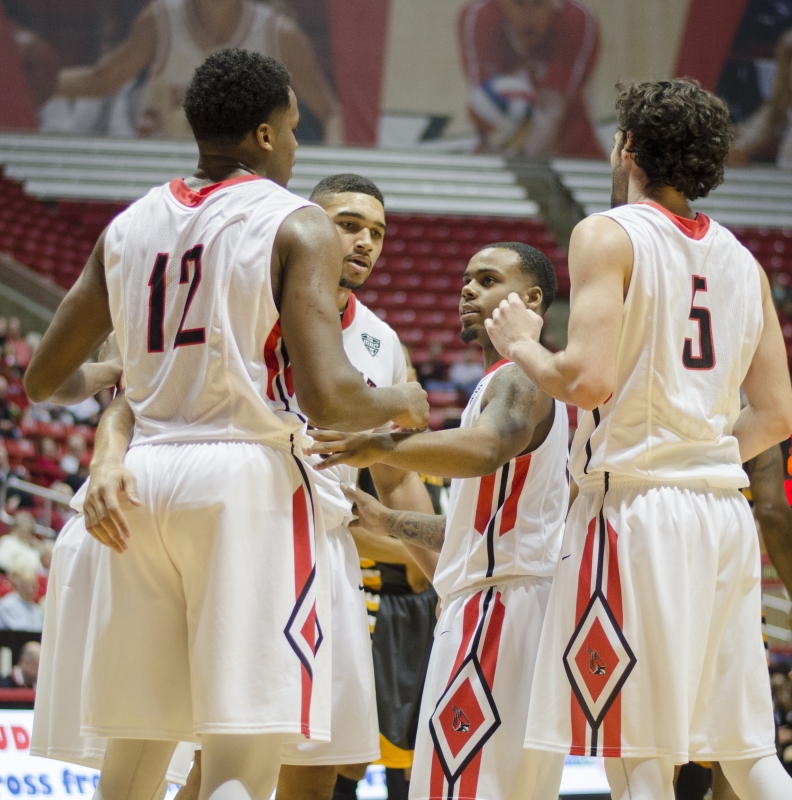 Members of the men's basketball team huddle up after a foul was called during the game against Kent State on Jan. 24 at Worthen Arena. DN PHOTO BREANNA DAUGHERTY

“I love what [Seattle Seahawks’ quarterback] Russell Wilson said after the [Super Bowl],” Whitford said. “‘In some ways, I feel responsible. I threw the big interception, but I don’t hang my head because I know what I put into it. I know how hard I fought, and I know how hard I prepared to get here.' ... It’s that type of mentality that you’re really trying to teach.”

After opening Mid-American Conference play with back-to-back wins over Eastern Michigan and Central Michigan, Ball State has dropped six straight, falling into a last-place tie in the conference.

In its latest loss, a 79-73 defeat at Miami on Saturday, Ball State allowed the Redhawks to shoot 56.5 percent from the field, including 80.8 percent in the second half. The defensive performance nulled an offensive output in which the Cardinals made 14 three-pointers and shot 58.1 percent from the floor.

Ball State’s defensive consistency, particularly in the second half of games, has been an issue of concern all season.

“When we were 2-0 [in the MAC], we won both games because of our defense,” Whitford said. “We haven’t gotten better [defensively] from that point on. If we’re going to be able to make a run in this league, that defense has got to get better.”

In the Cardinals' two MAC wins, they allowed an average of 62 points. In the six losses, their opponents are averaging 72.67 per game.

The matchups don’t get any easier, as Ball State’s next two opponents, Buffalo and Toledo, feature two of the league’s top three scoring offenses, according to mac-sports.com

Moss currently leads the MAC with 18.3 points and 9.5 rebounds per game.

“[Moss] is the player of the year in the conference as of today,” Whitford said. “He’s special, so it’s going to take a great effort on our part.”

The Bulls are far from a one-man show, however, with sophomore guard Shannon Evans a contender for the All-MAC First Team, while 6-foot-8 Virginia transfer Will Regan averages six points and four rebounds.

With 10 games remaining in the regular season, Whitford wants his players to intensify their focus, play their hardest and accept the outcome whether it's a win or a loss.

By Sophie Nulph / 1 hours ago 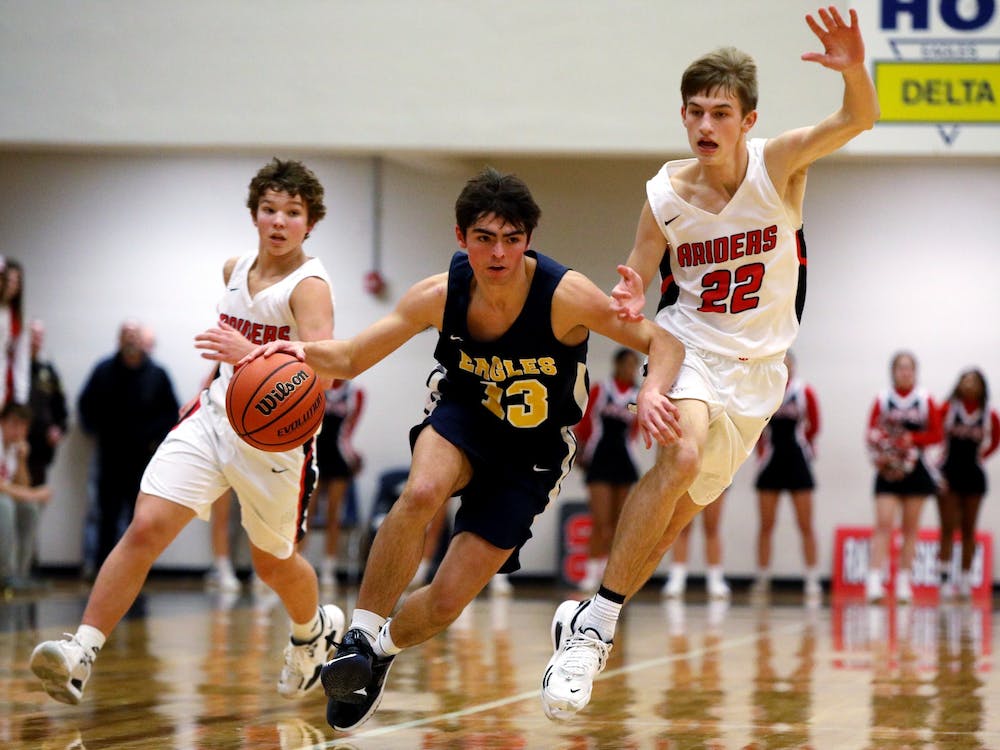