Ball State leaves 11 runners on base in loss to Kentucky 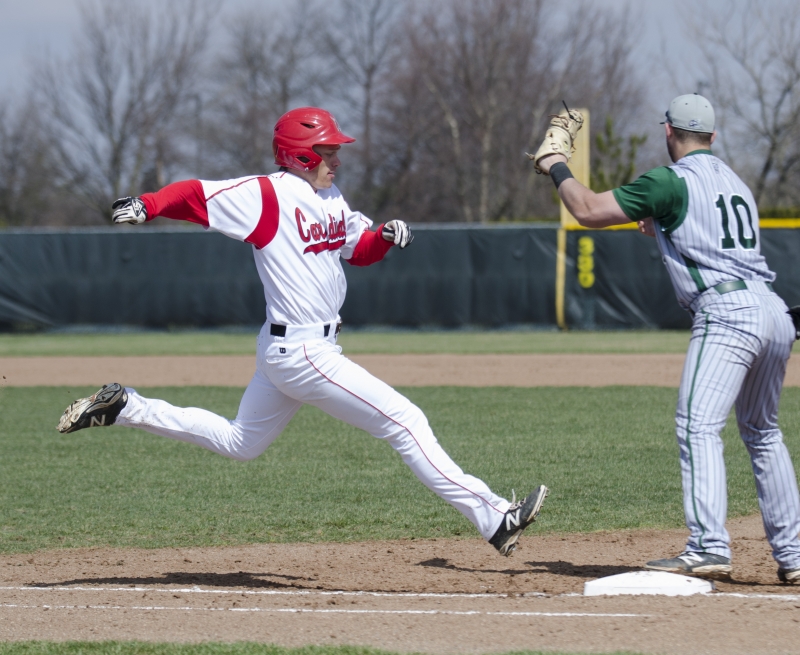 Freshman Alex Call runs to first base during the game against Eastern Michigan on April 5 at Ball Diamond. DN PHOTO BREANNA DAUGHERTY

The Ball State baseball team fell left 11 runners on base in a 12-7 loss to Kentucky in its first game of the Buffalo Wild Wings Battle @ the Beach on Friday.

The Cardinals put up five runs in the eighth inning in the loss.

Offensively, Ball State had 11 hits in the game. It was led by senior Elbert Deverie with three hits and two RBIs in five plate appearances.

Senior Brandon Estep was 1-1 with an RBI and two walks in a pinch hit/designated hitter role.

Of Kentucky's 12 runs, only seven were earned.

The Cardinals will look to rebound when they return to action at 4 p.m. on Feb. 14, taking on tournament host UNC-Wilmington.

By Corbin Hubert / 2 days ago