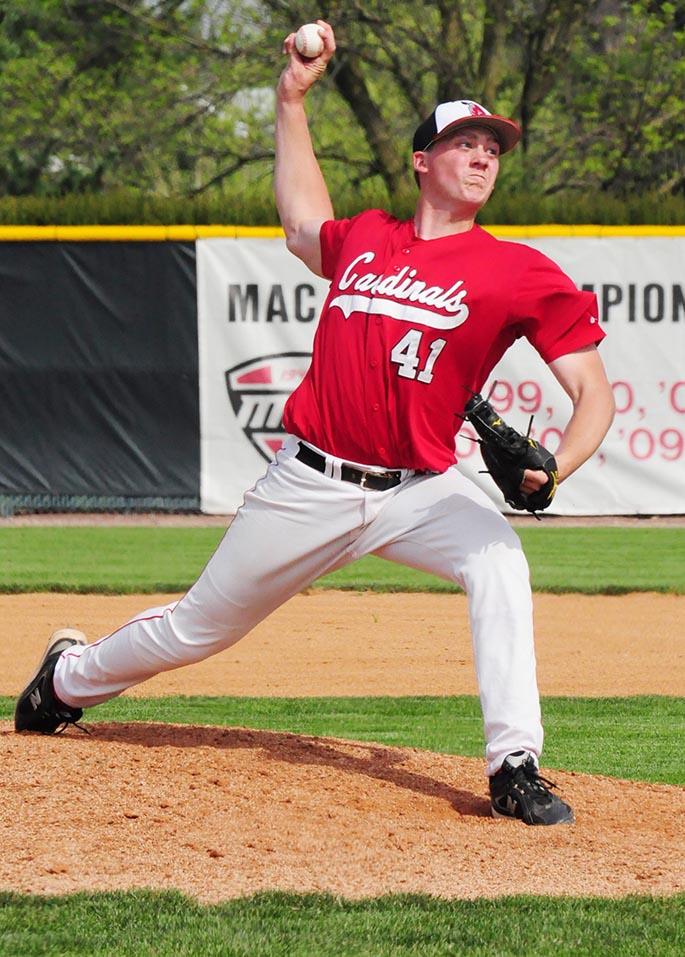 Right-handed-pitcher Scott Baker throws a pitch in the game against Indiana Tech last season. The baseball team will play their next game of the season against Moorehead on Friday at 3 p.m. DN FILE PHOTO COREY OHLENKAMP

Sophomore pitcher B.J. Butler struck out six hitters over 4.1 shutout innings, but the Ball State baseball team fell to the University of North Carolina at Wilmington, 4-2, at the Buffalo Wild Wings Battle @ the Beach at Wilmington, N.C.

Butler replaced senior Scott Baker with two outs in the fourth inning, after the Cardinals’ starter allowed a pair of runs in the third and fourth innings.

Ball State cut the deficit in half in the top of the sixth, scoring two runs on RBI singles from catcher Jarett Rindfleisch and first baseman Caleb Stayton.

The Cardinals missed opportunities to score throughout the game, finishing 2-of-8 with runners in scoring position.

Stayton and Call each had two hits to lead Ball State; the Cardinals outhit the Seahawks 9-6.

Ball State concludes play at 10 a.m. on Feb. 15 at the Buffalo Wild Wings Battle @ the Beach against Richmond.