From comics to the TV screen: 'Gotham' and 'The Flash'

Matt McKinney is a senior journalism major and writes ‘Binge Watcher’ for the Daily News. His views do not necessarily reflect those of the newspaper. Write to Matt at mdmckinney@bsu.edu. 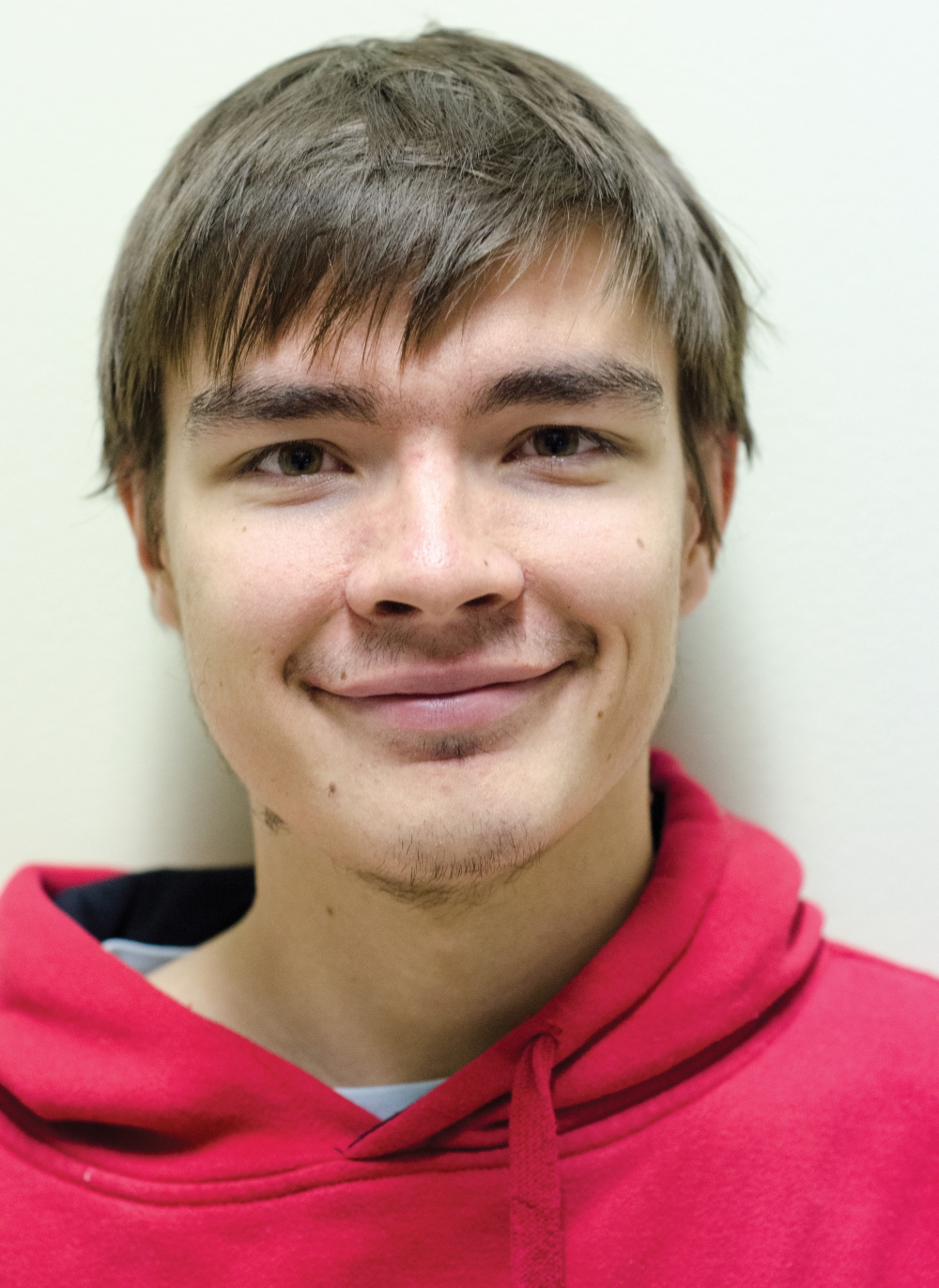 Two new DC-based television shows, “The Flash” and “Gotham,” have come onto the scene with an already-established fan base, myself included.

Both shows have vastly different objectives to accomplish and while there have been some issues, they’ve started to hit their strides midway through the first seasons.

“The Flash” is trying to modernize and give more legitimacy to rarely-used characters and events into a newer setting. “Gotham” is taking tried-and-true characters that even the most casual Batman fans know and adding a fresh spin to keep even hardcore fans interested.

Both shows have stayed pretty close to the comics thus far, but have opportunities to expand and go on their own journeys.

While we won’t see anything too crazy happen, “Gotham” showrunner Bruno Heller said it’s not “iron clad” that the show won't deviate from its history and kill off major characters.

The beginning of Bruce Wayne’s journey has been well-documented in the comics, but the beginnings of Jim Gordon, Selina Kyle and Oswald Cobblepot? There’s room for creativity with the writers.

“The Flash“ has different challenges in staying close to the comics. While Batman’s history is dark and realistic (for the most part – there’s still some nutty villains such as Ra’s al Ghul and Solomon Grundy) enough to make it work.

The history of “The Flash” is deeper, featuring time travel and alternate universes.

For example, two of the show's most popular villains are Gorilla Grodd, a super smart gorilla who can control people with his minds, and Reverse Flash, somebody who is from the future and has the exact same powers as The Flash. He’s not exactly as simple as a psychotic clown and a guy whose face was half melted off. 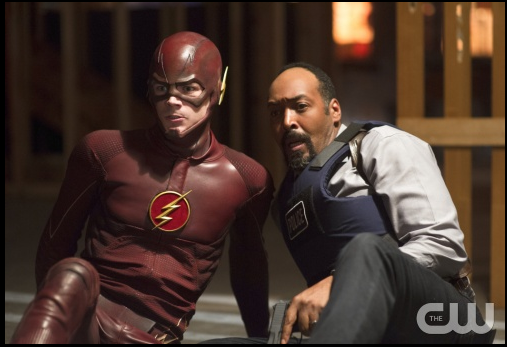 Both shows are saving some pretty strong villain reveals for upcoming episodes or even seasons. “Gotham” has only hinted at the Joker in a teaser, and Reverse Flash hasn’t been revealed either, although a lot of comic readers already have a pretty good guess.

Both shows have given little “Did you see that?” nudges to comic fans. “Gotham” has been more overt about its hints, though. Harvey Dent’s office can only light half his face so many times before we wonder how he deals with such crappy lighting. But there have been hints from “The Flash,” too. How many noticed the busted Grodd cage in S.T.A.R. Labs in the show’s pilot?

The biggest strength for both shows could also be their biggest challenge – the wealth of background available over the last 50 plus years. On the one hand, the writers should never run out of ideas or characters to introduce. On the other hand, everybody who knows the source material has their own different ideas and expectations of what should happen.

If it deviates too far, people could complain that it’s not being true to the comics and if it’s too close, people might say they’ve already heard these stories.

My biggest problem with “The Flash” is the same as that of the CW show in its universe, “Arrow” — the world is too small. Anytime an upper-level nefarious plot unfolds, an already-introduced character is behind it. No one character has their own motivations and story.

“Gotham” is my favorite of the two, although I’ll be watching both for the foreseeable future.

DO YOU COPY?: ‘Gotham’ bests ‘The Flash,’ but both stand out among fall’s new shows

Daniel Brount is a junior creative writing major and writes ‘Do You Copy?’ for the Daily News. His views do not necessarily agree with those of the newspaper. Write to Daniel at djbrount@bsu.edu. 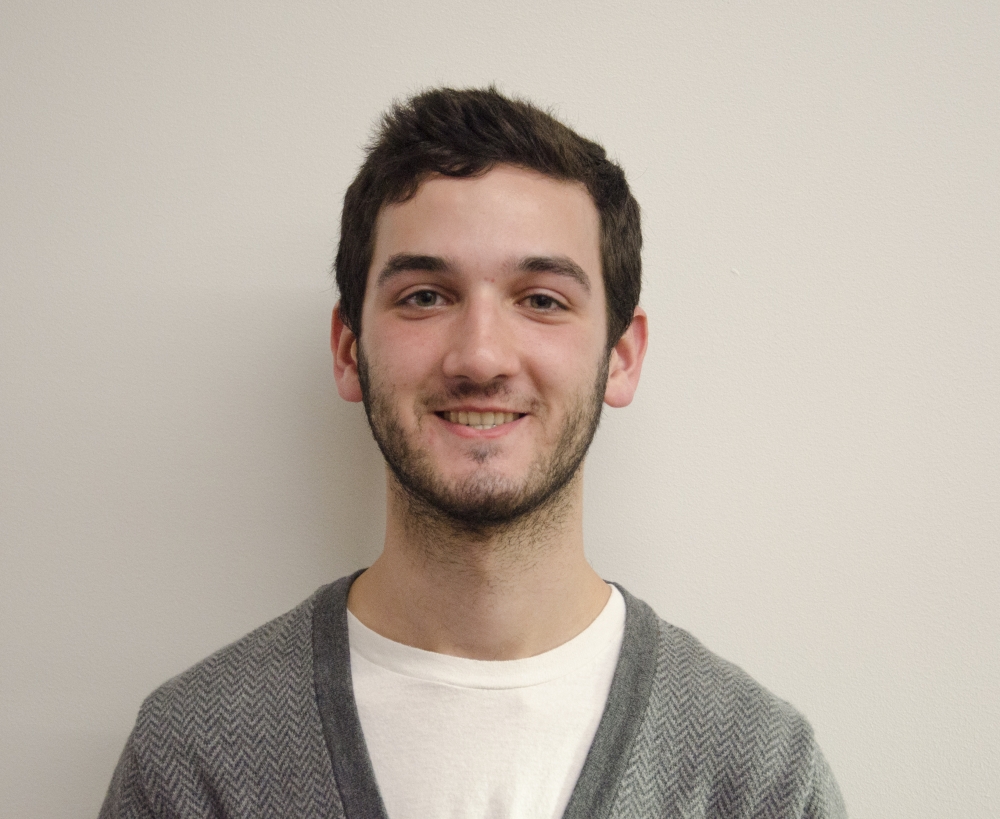 With the set of new fall shows came two series based on comics: “The Flash” and “Gotham.” My background in comics may be nonexistent, but these shows offer perfectly approachable universes and storylines.

Yet while the shows have similar origins, they are intrinsically dissimilar due to a few pivotal differences: 1) “The Flash” takes place in a world where superpowers exist while “Gotham” is based on a world of realism; 2) “Gotham” is an origin story without defined superheroes and supervillains.

Because of the more realistic, origin approach in “Gotham,” the series naturally takes a darker route. The show uncovers the fundamental situations that lead to the appearance of heroes. Gotham is sick. When a city’s police force is more loyal to the mob families running the place than the people living in it, crime flourishes.

Jim Gordon (Ben McKenzie) struggles to bring justice back to the immoral police department, while in “The Flash,” protagonist Barry Allen (Grant Gustin) works in a department full of his allies. Gordon bluntly navigates the line between mob family and government, while Allen teams up with the few remaining S.T.A.R. Labs employees to neutralize the metahumans roaming Central City.

In other words, the two stand on opposite ends of the comic-to-TV-show spectrum.

But that division is not just because of the storylines; “Gotham” surpasses “The Flash” with its depth. “The Flash” feels as if it was meant for a younger, less critical audience. The characters lack diverse motives, and the culture of Central City never truly comes through. But “Gotham,” appropriately named after its setting, takes the city and makes it a character of its own. The city, along with each of the characters, has a heavy set of motivations that pull the storyline in several directions. 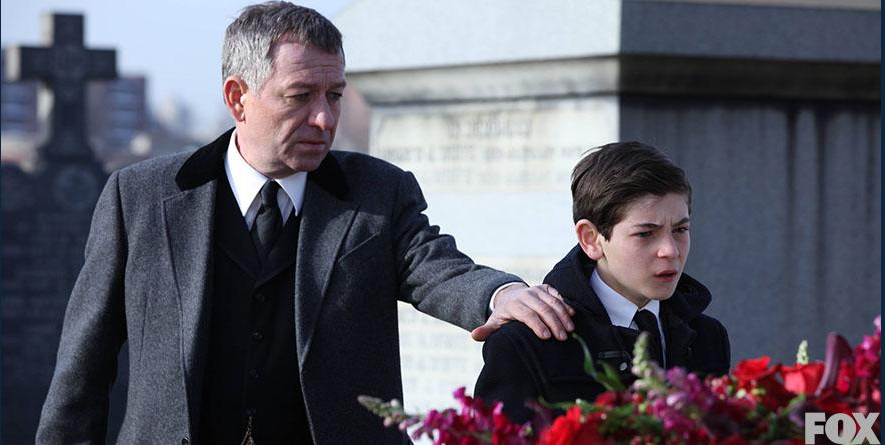 In “The Flash,” Iris West (Candice Patton) could not be more blinded by her obsession with what she calls “The Streak.” She does not know her friend Allen is the hero she blogs about. Between her dependence on this obsession and on her boyfriend, her character suffers from limited range. While she has a few instances of action, all of her motivation relies on the existence of the men around her.

As for Barbara Kean (Erin Richards) on “Gotham,” she truly adds to the mixture of the characters. Although her role relies heavily on Gordon, she still provides range in her debate to trust him and his actions or not, and whether she can help him or stay in the background. Beyond that, she has a conflicting love interest with detective Renee Montoya (Victoria Cartagena). In addition to twisting Kean’s actions, Montoya’s inclusion further enhances the diversity of the cast.

The comparison of these two women is a microcosm for the overall casts of the two shows. Allen is essentially the only character on “The Flash” with conflicting desires; the rest only stand out when the episode explicitly focuses on them. With “Gotham,” the characters are less on the nose, providing more suspense as they develop while the show progresses.

While “Gotham” succeeds on this end, the darkness of the plot can bog down its stride at times. There are very few comedic relief and light moments to break up the heavy storyline. It has improved as the season progresses, but “The Flash” is undoubtedly the better show for more relaxed audiences.

Though “Gotham” overall has the better writing and development, each of these shows will absolutely continue into second seasons.

They may be pivotally different shows, but I won’t hesitate to keep watching both. 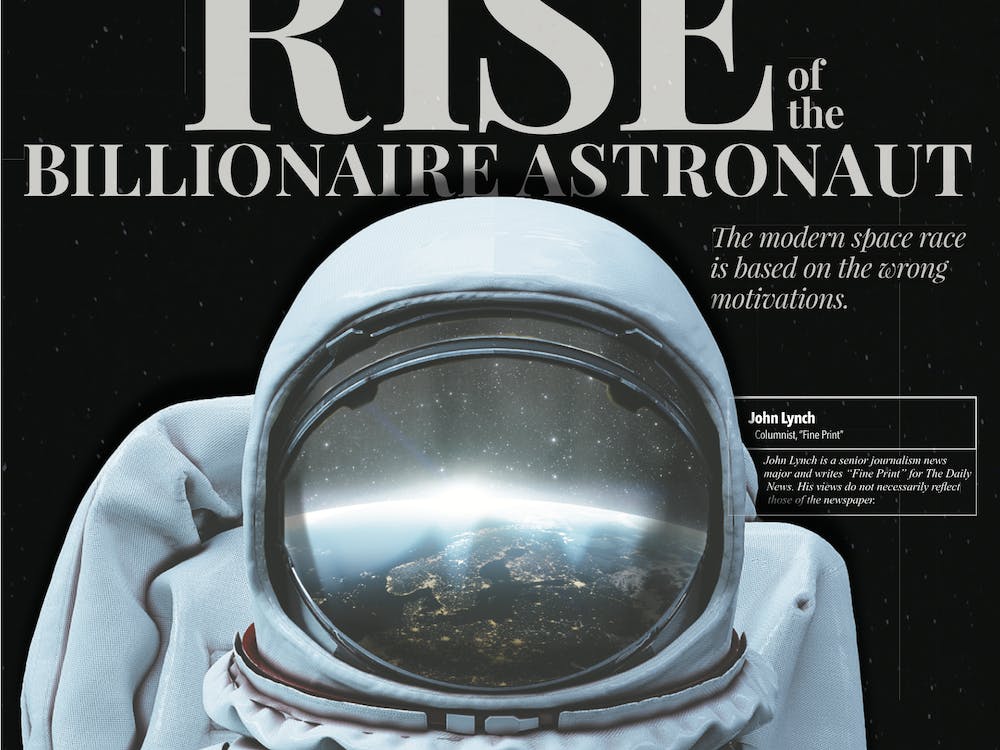 Rise of the Billionaire Astronaut

Billionaires like Elon Musk, Jeff Bezos and Richard Branson, who have all invested heavily in space exploration and transportation, aren’t in it for the final frontier — they’re in it for more money.

The Scooby-Doo franchise adds another entry to its lengthy catalog of direct-to-DVD movies, but this time, a little pink dog joins the mystery gang on their adventures in the middle of Nowhere, Kansas