THE DYESSERTATION: 'Orange Is the New Black' season 2, episode 6 recap

This is part of a weekly series of "Orange Is the New Black" recaps and reviews for the second season. Check back each week for two more episodes. To read about the previous episode, click here. 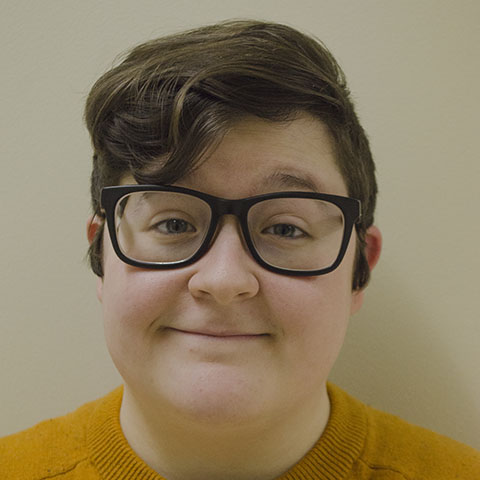 This Valentine’s Day episode is easily one of the best “Orange Is the New Black” has to offer, somehow pulling of an episode with a massive amount of information.

It weaves through a holiday party, answers to the meaning of love and Poussey’s flashback. What’s not to love about that? I was head over heels, appropriate for a Valentine’s Day episode.

Poussey’s flashback illustrates her as a military brat, one who is confident that she’ll finally find a home because her father said Germany was their final stop. There, she falls in love with a beautiful German. While the two teens are going at it, the homophobic German father walks in. Why hasn’t anyone ever heard of locking the bedroom door? Was there a lock? I don’t care, I wish I could go back into this fictional past and make sure the father never walked in.

As if being a young, black lesbian wasn’t hard enough for Poussey, the highly ranked German father forces a reassignment for Poussey’s family. There go her dreams of having a sense of home and there’s the sound of my heart breaking even more. She confronts him and is close to shooting him, but luckily, her dad stops her.

From this flashback, we learn about how Poussey shuts people out emotionally and her reaction to the threat shows that Vee should be afraid of her. Poussey’s relationship with Taystee is strong and under attack and who knows how she’ll fully retaliate despite Taystee’s warnings.

In this episode, Larry becomes less of a side note and actually visits Piper. It’s for purely selfish reasons, which is no surprise considering how they treat each other, but she declines being his inside scoop for a story. Instead, Piper decides to do the story herself and starts asking around about the repairs of Litchfield in such a way that almost lands her in trouble. Instead, she pitches a prison newsletter to Healy and becomes the reason for the “What is love?” segments of the episode.

Some of the answers are nearly unbearably cute, but it works. The best one is clearly the episode title — Flaca and Maritza’s description of a sexy group massage that also involves pizza.

In terms of the racial war that’s bubbling, it’s all about power through contraband.

Red is still working on gaining power and her old group back by utilizing the sewer in the greenhouse to smuggle in contraband. Vee puts her group to work on cultivating her tobacco pipeline. However, Gloria’s crew is blackmailing Bennett for contraband for personal reasons, nearly unaware of what’s possibly to come.

At the party, Leanne stands up to Pennsatucky and effectively kicks her out of the white trash clique. In the spirit of Valentine’s Day, there’s a sweet moment between Pennsatucky and Healy as they sit outside, outcasts comforting each other.

Otherwise, everyone else is having a pretty good time.

Surprisingly, Nicky and Big Boo are exhausted from the “bang contest” and decide to give it up for a cookie-eating contest. There’s a small, ridiculous aside with Brooke talking about the truth behind Ferris Bueller.

Flaca and Maritza have a drunken moment where they make out and then laugh it off, despite the sadness of being locked up during the holiday and missing their outside lives. Even Bennett and Daya sneak away to have sex in an office, and despite my worry that they’ll get caught, they don’t.

Some of the guards get time off and go to see Caputo’s Sideboob gig. Though, this group hangout breaks Caputo’s heart a bit as he unrealistically wanted Fischer for himself. You want to feel bad for him, but he’s still not the best of dudes.

Of course, without the watch of Bennett, the heartbreakingly lost “Golden Girl” Jimmy makes her way out of the prison on her search for her Jack and is seen smiling and disheveled at the Sideboob gig.