To read an article about Izzard and his "Force Majeure" tour, click here.

Eddie Izzard is stopping in Indianapolis for his "Force Majeure" tour Wednesday.

Editors Ashley Dye and Evie Lichtenwalter spoke to the surrealist comedian over the phone about his vast, global tour.

Q: What is one of the biggest things that you want people who see your show to take away from it?

A: I am starting with human sacrifice and asking the question, “Why the hell did we ever do that?” Why would gods want us to take one of these human units and say, “We’ve destroyed one of the things you’ve built.” How did anyone ever sell that? Because it was obviously a human who told that. It must have been a high priest who said, you know, “I think human sacrifice is the way to go, guys.” No logic. I want people to be entertained and to have something to think about. That’s my perfect landing.

Q: What is like to have tour dates back to back?

A: It sort of keeps going, and it’s a tricky thing to stay on top of things and stay relaxed. And I sort of want to have a day or two days to do absolutely nothing, but I don’t seem to get it at the moment. I have to stay healthy. If you get ill, it’s very hard to get out of illness when you’re on tour because you’re working so hard. I just have to keep drinking water, stay on top of the health, try to eat healthily, but you have to be an athlete in body and mind when you’re doing this.

Q: What was it like switching between three languages in a short amount of time at the Yale test run?

A: It was scary. I had done French into English before, I did that up at Montréal and I’d also done it at Geneva, as well. I did English and then French … With English breaking up the German and French, it should make it a little easier, a bit like resetting your mind with English. With English, I’ll be happy and then I’ll get into French and we’ll see if I’m swearing in German or not. Yale was a great test because I didn’t know if I could do it and it worked. A handful of people came to all three shows, so that was a lot of fun.

Q: Could you tell us a little about your Normandy performance?

A: Well, I said if we’re going to do the tour now, I’m going to have to pull out for a couple of days to go to the 70th anniversary. ... Twenty-five million Russians died and people forget that without them, we wouldn’t have won the second World War. I thought I should go there and be a part of the commemoration. And I thought, “Hey, I could do a gig in English and French.” Those would be languages they were fighting against, obviously, the people speaking German. And then I thought since ’45, Germany has tried to be a very positive country and I just learned to do it German, so why not do it in German, as well? It hit me. I’ll do three gigs, in three languages in three hours. ... That would be positive, and we could give the money to charity. ... The idea is for people that fought for democracy and freedom in World War II, and after World War II, which brings the Germans in, as well.

A: Well, I did it as a bit of an adventure, as a healthy thing for myself. It was to help raise $2.7 million. It was a number of things; I thought maybe it could help inspire kids or adults. And I’ve noticed all wild animals are fit, so I thought I would do this and let’s see what happens. And I wanted to do something big and I thought that was big enough, and it worked. It was crazy. 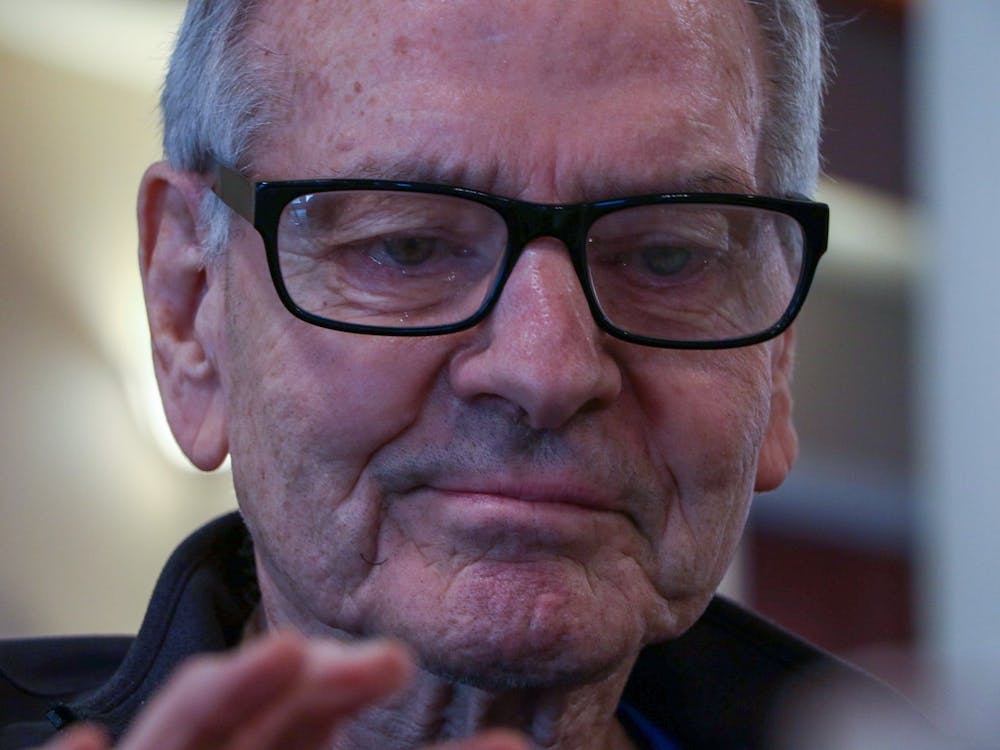