WHEN: Starts today at 7 p.m. and continues through Saturday

WHERE: First two rounds (and two “competitive balance rounds”) from MLB Network Studio in Secaucus, N.J. Rounds 3-10 will be hosted via conference call with teams Friday and rounds 11-40 Saturday.

ORDER: Determined by reverse order of finish in overall standings from 2013 season

FIRST PICK: Houston Astros have the No. 1 overall pick for the third year

COMPETITIVE BALANCE ROUNDS: Started last year, these rounds give 10 teams with lowest revenues and 10 in smallest markets opportunity to get additional picks through lottery, hosted last July. Six selections awarded following first round, and teams not receiving one of those are entered into lottery for six picks following second round.

SIGNING DEADLINE: Teams must sign drafted players, other than those who were college seniors, by 5 p.m. July 18.- The Associated Press

For four seasons, three outgoing Cardinals have played their hearts out for the Ball State baseball program.

As their college eligibility ended May 23, Sean Godfrey, T.J. Weir and Nestor Bautista will now look to the 2014 First-Year Player Draft as they hope to be chosen by a Major League Baseball organization.

“We are keeping our fingers crossed for [Weir and Bautista],” head coach Rich Maloney said. “I’m certain Godfrey will be selected.”

The draft starts today and runs until Saturday, and it will be on MLB Network.

The first day will consist of the first two rounds, with the third through the 10th rounds Friday and the final 30 rounds Saturday.

The last time a Cardinal has been selected in the First-Year Player Draft was in 2011, when the Cleveland Indians selected outfielder Cody Elliott in the 21st round. 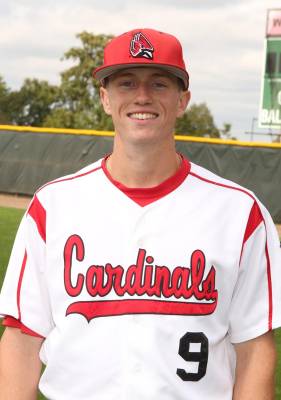 The Cardinal with the best chance to be selected in this year’s draft, Sean Godfrey, finished his collegiate career as one of Ball State’s finest all-around hitters.

“I’m a guy who is going to give everything I have day in and day out,” Godfrey said. “I feel that my time here at Ball State, I’ve learned the importance of being a team player. ... That’s something I’m going to carry on with me as I move up to the next level.”

On a team that regularly started six underclassmen, Godfrey led with his play on the field.

The senior outfielder started all 57 games, posting a .333 batting average for 79 hits in 257 at-bats, while blasting nine home runs to go along with 57 runs batted in. Godfrey also contributed to the Cardinals’ conference leading offensive attack by scoring 48 runs and stealing 21 bases in 26 attempts.

His 2014 campaign marked only the third time since 2011 that a player finished a season hitting nine home runs, 20 doubles, 50 RBIs and 20 stolen bases. The other two players to accomplish this feat, George Springer and Chris Burke, were drafted by the Houston Astros in the first round and the San Diego Padres in the 18th round, respectively.

Head coach Rich Maloney said although he has not heard where Godfrey may be taken, he fully expects it to be somewhere in the draft’s first 10 rounds.

On Friday, Godfrey worked out at Great American Ballpark for the Cincinnati Reds and followed that with a trip to Detroit where he participated in position drills and took batting practice for the Tigers.

Wherever he is ultimately drafted, Godfrey said he’s ready to step in and show that organization it made the right choice. 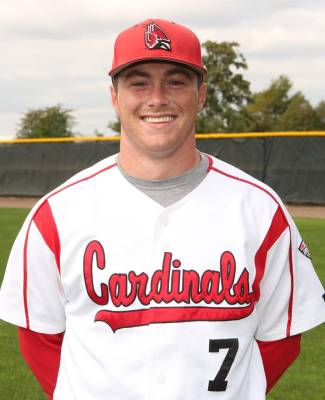 T.J. Weir began the 2014 season as the No. 2 starter in the Cardinals’ pitching rotation, but after delivering several dominant outings, he found himself as the team’s new No. 1.

From that point on, the right-handed hurler was one of the most consistent pitchers in the country.

Weir appeared in 19 games as a pitcher, starting 15 of them, and finished the year tied 9th in the nation with 117 strikeouts in 99.2 innings pitched.

The player he’s tied with, North Carolina State’s Carlos Rodon, is a consensus top 10 pick and could be taken by the Houston Astros with the first pick in the draft.

In addition to the impressive strikeout totals, Weir also pitched to a 3.61 earned run average while holding opposing hitters to a .265 batting average. Weir finished the season with an 8-2 pitching mark, as well as recording a save. 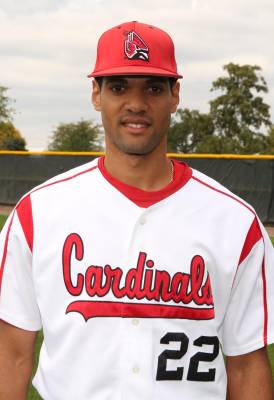 If a player is a hard throwing, left-handed pitcher, there will most likely always be a roster spot in an MLB organization.

At least, that is the hope of former Ball State relief pitcher Bautista.

After a subpar junior season as a starting pitcher, where he held an earned run average over nine, Maloney moved Bautista to the bullpen in hopes that a change would prove beneficial.

It did, as Bautista responded to the move by posting a 3.55 ERA, while allowing 21 hits in 25.1 innings pitched.

The senior also recorded 25 strikeouts to go along with 17 walks and 10 earned runs.

His .233 batting average against was the lowest on the team with a minimum of 14 appearances.

Bautista has worked out for the New York Mets and the Washington Nationals.

By Staff Reports / 17 hours ago

Cardinal Street Fest has been announced for Noon-5 p.m. August 19. There is scheduled to be games, food, music and much more.