The Ball State baseball team managed its seventh consecutive victory on Saturday. With a 10-6 win over Toledo, the Cardinals move to 26-20 overall with a 13-10 record in the Mid-American Conference.

More importantly, they move one win closer to clinching a playoff berth. Though his team is playing as well as any in the MAC right now, head coach Rich Maloney is focused solely on making it to the post season.

“If we win one more game, then I know for sure we are in the playoffs,” Maloney said. “Our only concentration is to get to the playoffs.”

The Cardinals had posted a 1.89 ERA in their six-game win streak. That number bumped up slightly in their seventh win as Ball State posted three errors on the day.

The increase in errors, and an overall decline in the team’s level of defensive play, could not keep the Cardinals from moving past Toledo.

“We didn’t field well, but we played through our mistakes,” Maloney said. “It was really nice to see Tyler Jordan give us such a big lift.”

Jordan, a junior pitcher, entered the game in the third inning to relieve starting pitcher Chris Marangon. He pitched 5.2 innings to finish the game, in which he allowed just two hits and two runs.

Jordan would strike out four of the 21 batters he faced on his way to a second victory on the season. That has been the story of late for the Cardinals.

Players are stepping up when they need to in order to win ball games.

Catcher Sam Tidaback has been another bright spot during the team’s win streak. In the Toledo series, Tidaback is 4-for-8 at the plate with three RBIs and two runs of his own.

Maloney is glad to see this roster pull together so well, but he is also making sure that they do not get ahead of themselves.

“We’ve won seven in a row,” Maloney said. “It’s pretty exciting, and hopefully we can find a way to win tomorrow.”

The Cardinals will host Toledo in the final of a three-game series on Sunday, with the first pitch scheduled for 1 p.m.

By Corbin Hubert / 21 hours ago 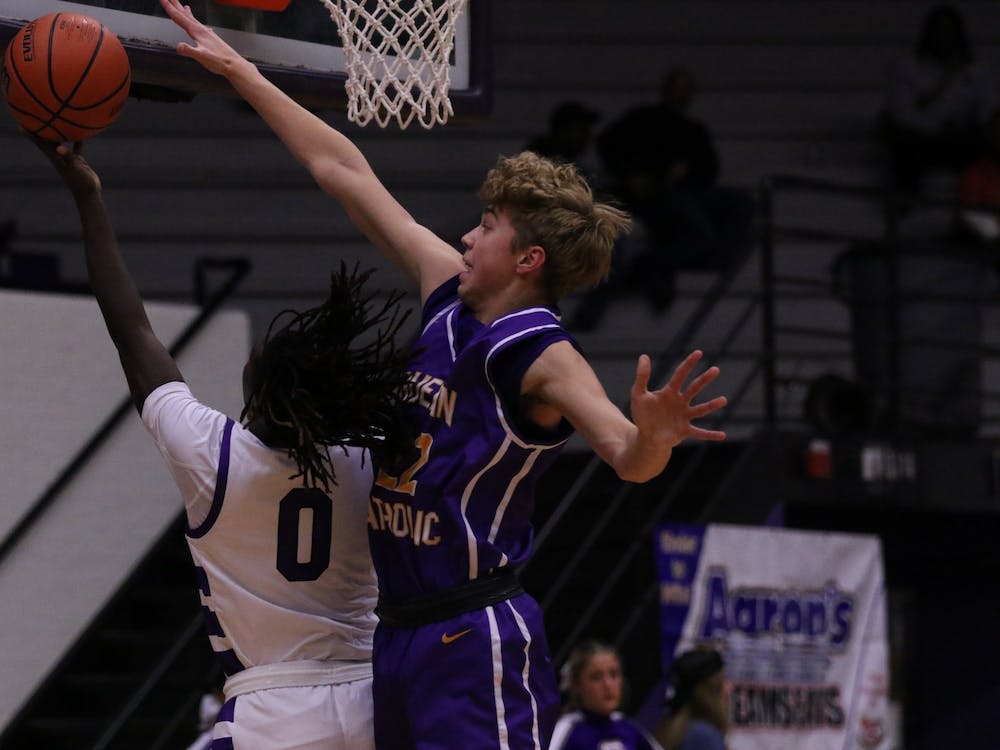 Muncie Central led Guerin Catholic by eleven points going into the fourth quarter. But after multiple baskets, including a fast-break slam dunk, they found themselves only up one with 2:19 remaining. After a back-and-forth minute, the Bearcats used their ability to drive in and draw fouls.