Ball State University women's volleyball coach Dave Boos announced Tuesday there will be five newcomers to the team next fall.

All five athletes come in highly touted, and four are ranked in the top-250 players in the nation by Prepvolleyball.com.

Kylee Baker, a five-foot-10 outside hitter from Plainfield, Ill. is a four-time All-Area First Team and All-Southwest Prairie Conference selection. She established school records in kills and digs. A three-year team captain, Baker helped Plainfield North High School to No. 6 rankings in the state in 2007 and 2008.

"She's got great ball control, strong passing and defensive skills, but she's also got a strong arm offensively," Boos said. "We really love that Kylee plays with a chip on her shoulder. She's going to bring a lot of fire, passion and competitiveness to the team."

Whitney Heeres, a native of Flushing, Mich., is the second of two outside hitters signed by Boos. She stands at six-foot-two and is the tallest member of the recruiting class. She helped guide Flushing High School to 192-36-1 record in her career and was nominated for the Michigan Miss Volleyball Award. In addition to her high school career, Heeres played club volleyball for the Michigan Elite Volleyball Club, which qualified for the Junior Olympics in 2006 and 2007.

"Whitney is going to be the terminator of our recruiting class," Boos said. "She's got a lot of physicality and will be a different type of player for the [Mid-American Conference]. There's not many girls in the MAC on the outside at 6'2."

Heeres will enroll at Ball State in January and take part in team functions during the spring season.

Libero Catie Fredrich also signed with the Cardinals. Fredrich, another five-foot-10 player, hails from Menomonee Falls, Wisc. Fredrich is a four-year letter winner in volleyball at Menomonee Falls High School and was a First Team All-State selection as a junior.

"I expect Catie to come in and compete immediately and help to continue to solidify our ball control," Boos said. "Catie is tall enough that she's got more range than a lot of liberos, but she's also got a natural touch; that's something you can't teach."

"Mindy is a very dynamic player," Boos said. "She's undersized for a traditional middle blocker, but her athleticism, speed and agility will create problems for opponents. She can jump. She can reach the rims in the gym. Mindy has a lot of potential to grow. She hasn't had a lot of experience against high level competition so it may take some time for her to adjust the college game."

Seidel has roots in the MAC as her father Alan played soccer, hockey and baseball for Northern Illinois University.

"We had Jacqui at our camp a couple years ago and she blew our socks off with what she brings to the table," Boos said. "She's a complete player; she does everything well. She can hit well and set very well."

This recruiting class is the second largest for Boos in his three years at Ball State.

"To bring five new players was a daunting task," Boos said. "We've been working on this recruiting class for a long time. It was a tremendous amount of fun watching these girls play and fun to recruit them. It's going to be a lot more fun to see them play as Cardinals." 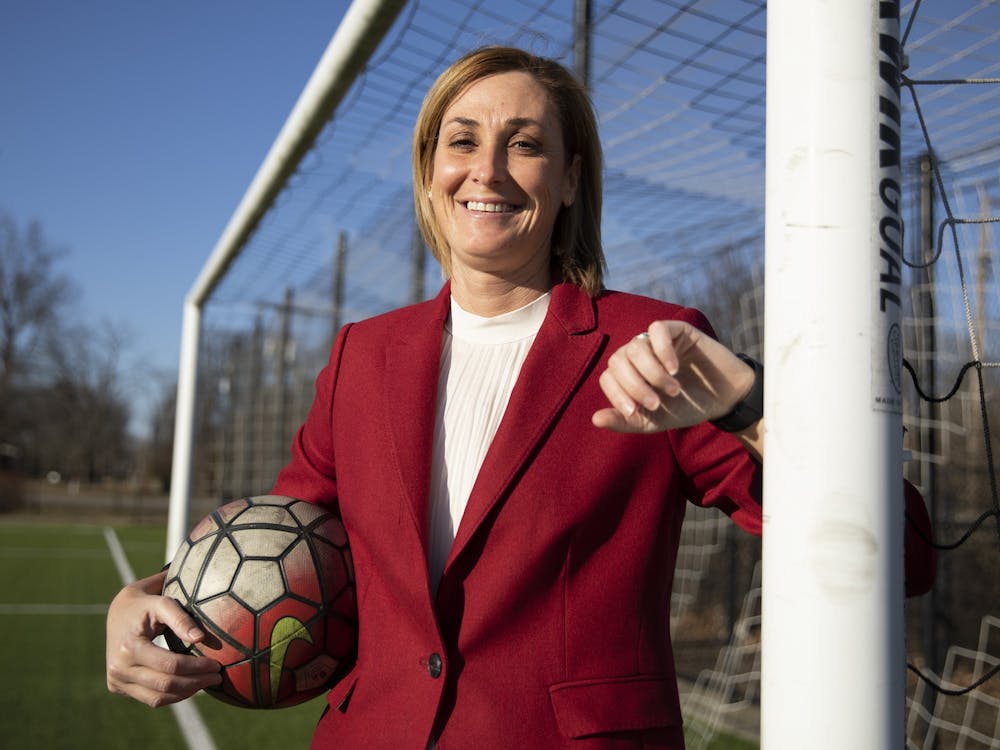 Several members of the Ball State Athletics department were rewarded for the fruits of their labor, following a historically successful school year both in the classroom and on the field.

Mearns named Chairman of the Council of Presidents and NCAA Representative

Ball State University President Geoffrey Mearns was elected the Chair of the Council of Presidents for the Mid-American Conference.