Coming out as gay in a straight world

When asked to describe a gay male, many people will come up with many of the same characteristics. Feminine, fashionable and promiscuous are just some of the many stereotypes that I am associated with because I identify as part of the LGBT community. The issue with these stereotypes is that not only are they not true, but they hurt the acceptance of LGBT members as part of mainstream society, as well the community itself.

I grew up in a Catholic household in which my family went to church every Sunday and I would go to youth groups. One time during a youth group meeting, some of my guy friends and I were holding hands as a joke (this was before I knew I was gay.) One of the leaders told us to stop because men weren’t supposed to hold hands. So from an early age, I was already hearing that being gay was not an option. However, I also grew up in a very liberal city, so I also heard that it didn’t matter who you loved, love is love. Getting these mixed signals was very confusing for me, but I eventually realized what I needed to do to be happy with my life. I came out of the closet. 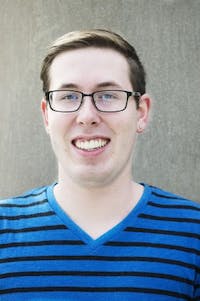