In high school, Ball State track and field’s Peyton Kneadler was a soccer player. Outside of soccer season Kneadler ran track as a sprinter. But when Ball State head coach Brian Etelman saw her run, he saw a distance runner.

While the freshman from Monticello, Indiana, did run some middle distance races in high school, it wasn’t her main focus. Still, Etelman saw her potential and recruited her as a middle distance runner.

Etelman said she did very well with the transition from being a soccer player and a sprinter to running middle distance for Ball State.

“The transition was not that hard for her, because she always wants to do well and compete,” Etelman said. “Doesn’t matter if it’s track or bowling. “We are lucky to get a person like her. She is not afraid to be good in new situations. She is fearless, and that is what we really like that about her.”

While Etelman said she has handled the transition easily, it still has been tough for her physically.

“Cross country was tough because of the little ankle injuries and shin injuries because I was not used to that distance and amount of running,” Kneadler said.

Mentally, Kneadler said she has grown a lot through the transition.

“Mentally, it’s crazy to see the difference between what I did,and what I do now,” Kneadler said.

Her teammate, freshman sprinter Bryeanna Byrdsong, said it would be a very hard transition and she [Byrdsong] would never be able to do it.

“I feel like distance running is really for the strong-willed and the strong-hearted,” Byrdsong said. “She has been phenomenal. I knew she was a fast distance runner, but once I put two and two together, she was awesome.”

Kneadler said she really misses soccer and the physical aspect of it, but transitioning into a runner was the best path for her. She likes the mental aspect of track more. She enjoys competing with herself.

“You are the only one that will stop yourself from being successful, but in soccer there are some many different factors that can contribute to your success or failure,” Kneadler said. 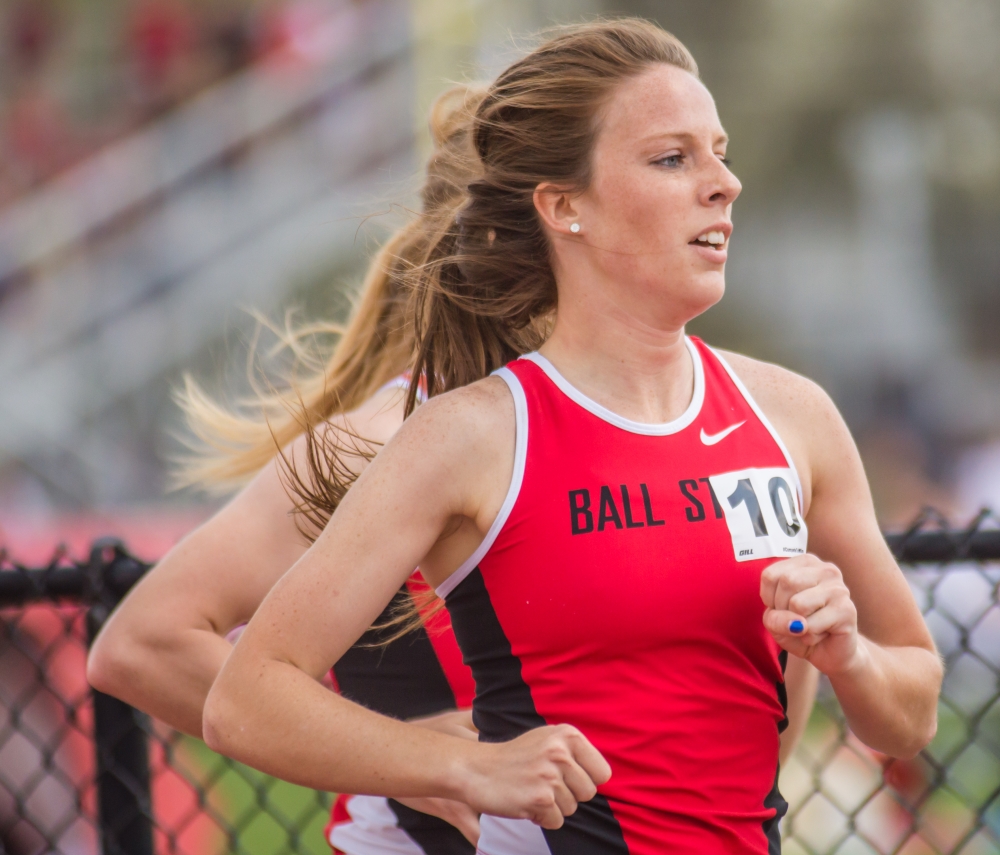 In between every transition, there is always a point where that person feels like they accomplished it. Knealder’s peak in her transition came during the beginning of the indoor season at the Chipotle Marshall Invitational in Huntington, West Virginia.

In that meet, she ran the mile for the first time in her collegiate career and scored a time of 5:03.72, which landed her a spot in fifth place.

“When I ran the mile for the first time with Ball State, it went a lot better than I thought it was going to," Kneadler said. “That’s when I realized I was more of a distance runner.”

Kneadler said it was hard at the beginning, but the more she trained, the easier the transition got for her.

“At the beginning of the year, I was training for cross country, and I would look at the workouts and say to myself, ‘Oh my gosh, it’s a three mile tempo, that’s so long.’” Kneadler said. “But now I look at it like, ‘Oh, just three miles, that’s not too bad.’ So that shows that I have grown out of a sprinter and into a distance runner.”

Etelman said Kneadler’s sense of calmness and humility has helped her to become a huge asset to the team this year.

Etelman said he is happy Ball State has Kneadler on the team.

“She is super reliable and is one of our best surprises all year long,” Etelman said.