The coach of the Ball State fencing club has been charged with 10 counts of possession of child pornography and one count of child exploitation.

Indiana State Police investigators found photos of underage girls on Brian A. Koby's phone and computer when he was arrested Sept. 15, according to the probable cause affidavit. 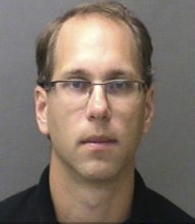 Koby also chatted with females he knew to be underage, according to the affidavit, and had asked for and received nude images of the girls. He told police he had sent nude images of himself to the girls as well, but he denies ever actually meeting up with them.

The affidavit gave descriptions of 10 of the photos Koby had in his possession, all with underage girls. Some showed the girls in lewd positions, others showed them engaging in sexual acts with men. The youngest girl in the photos appears to be between ages 5-8, according to the affidavit.

Koby pled not guilty to his charges, and will appear in court for his jury trial Jan. 9.